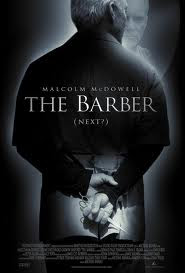 The Barber is a thriller set in a small American community during the middle of a dark winter. A young woman's body is found in a lake. Malcolm McDowell stars as the barber of the small town. Via his narration it becomes pretty clear straight away that he is the killer of the girl, and that not only is he a killer, but he is a serial killer.


The style reminded me kinda of 'Fallen' - another thriller narrated by a serial killer. And the whole perspective of the film was also familiar to that. I mean that a lot of the film is mostly told from the investigating cops perspective, with Malcolm sharing about 50% of the film time on his story. Despite it being known by the viewer that Malcolm is the killer, it is still thrilling to watch as the cops piece together clues as the body count rises.


The main theme music is very Burton-esqe, and fits the permanently dark snowy setting well. Malcolm is great as the barber, though I can't help feeling that even if the viewer had not been told who the killer was, it would have been obvious because Malcolm's character is so obviously the murderer! From the way he looks, to the way he talks to the townsfolk, it's kinda obvious!


The film was surprisingly good, I think it's the first film I've seen Malcolm in since 'A Clockwork Orange' so I amused myself by pretending in my head he was the same character, but grown up from that film.

Posted by Daniel Simmonds at 13:42 No comments:

Zombie Games I intend to buy when I get paid...

I cannot wait until I get paid. As my life is Hellish at the moment I'm looking forward to getting lost in some videogames. This isn't so much a blog post as a rambling of my hungover thoughts. But anyway, the games I intend to buy (hopefully!) are thus; 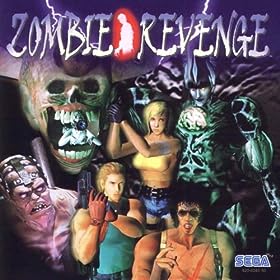 Zombie Revenge (Dreamcast) - I'm hoping to track this down in E-Bay, I used to own it, and thought it was quite average with awful controls, but it has a level set in the mansion from House of the Dead, so that's really cool!
Silent Hill 5 (360) - I meant to buy this this month, but due to personal issues I wasn't in the mood to buy things. I love this series, obviously Silent Hill 2 is the best, but I have a real soft spot for Silent Hill 3, I feel it was under-rated. Silent Hill is still fantastic, and Silent Hill 4 I did enjoy, eventually on my third play though.
Resident Evil 5 (360) - I was totally put off this game by the dreadful demo, and having no friends on the 360 makes me dread having to play though the game with a hidious A.I controlled character, but I do love the series, and the story, so must get it really.
Onechanbara (360, and Wii) - I'm going to buy both the 360, and Wii versions of this game, as one is the sequal to the other (I think the Wii one is the sequal). There quite cheap (well they were, I hope they still are) and should be some good zombie mashing fun.

Left 4 Dead (360) - I have been putting off buying this game for so long, again as I have no 360 friends to play with, or actual physical friends. I know it is multi-player only, but I guess I will just have to play it with strangers.

Call of Duty: World at War (360) - I thought the demo was ok, I'm more interested in the zombie modes though, plus one of my 360 friends (I have about 7 or 8, but never ever do anything with them, not too sure why I even bother keeping them on there) plays the game constantly, as in all the frickin time.
Resident Evil: Gun Survivor (Playstation) - Lastely this one, I used to own this, despite looking like crap, it was actually quite fun, or so my memory tells me. The lack of a save point was annoying, but I remember cool monkey like SWAT team monsters, and the story is canon which is really cool for a Resident Evil nerd like me.
So there you have it, the list of games I intend to buy depending on cost (I have bills to pay). Hollow times indeed.
Posted by Daniel Simmonds at 03:09 No comments:

My life really really sucks at the moment, part of me died linking my existence to a part of Hell, so have not been in the mood to write any posts lately. Maybe if I manage to climb out of Hell I will update soon...

I will say though that Hell has a bitter metallic taste to it, has no smell, and kinda feels like someone smashing your mind in with a hammer, it's not a good place to be.
Posted by Daniel Simmonds at 14:59 No comments: 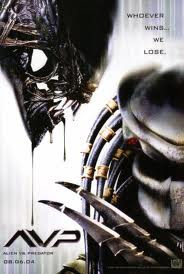 I recently saw this on DVD after years of putting it off. I admit I'm not that big a fan of the Alien films, I find them too slow paced to tell the truth, and the only one I liked was Alien: Earth Hive, and that's a book, not even one of the films (alright, so I did enjoy the Alien 3 Megadrive game also). As for Predator I thought the 2nd film was lame, but did enjoy the first one, and the Batman VS Predator comic book.


Onto Alien VS Predator. I think cross overs are a neat idea in principle, Freddy VS Jason was amazing if simple fun. I thought this film was ok, but not something I would ever watch again. A massive temple buried under ice in the Antarctic is discovered. A team of explorers heads there to investigate, as do a team of Predators. It turns out once every 100 years young Predators head to the temple to do battle and test their Predator-ness. Deep underground a Alien Queen is chained up in a block of ice and unfrozen by the Predators every century to produce Aliens for the Predators to do battle with. 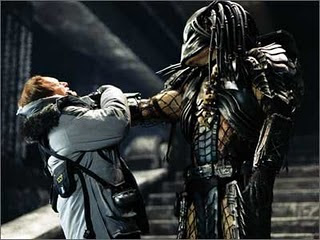 The story is silly, and ridiculous, ending up with a damn annoying female teaming up with a Predator to battle a Alien Queen, totally silly dumb fun. I can't see fans of either Alien or Predator getting any satisfaction out of this one.

Posted by Daniel Simmonds at 09:38 No comments: 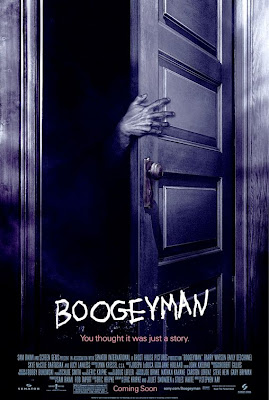 My life is the nightmare at the moment, so it has been good feeling more up to watching films, than doing real life stuff. I saw two horror films today, one good, and one not so good.


Boogeyman is a film about a man who has had mental issues his whole life due to the apparent kidnapping of his father by a closet 'boogeyman' he saw when he was 8 years old. Upon learning of his crazy mothers death, the man returns to his hometown, and to the house where he witnessed his fathers capture. That's about it for plot, needless to say, it turns out the Boogeyman is very real, and not his 8 years old self's explanation for why his father left. One by one his friends and family get picked off by the Boogeyman until with a young girl's (Franny) help he realises he must confront his fears if he is to stop the monster. 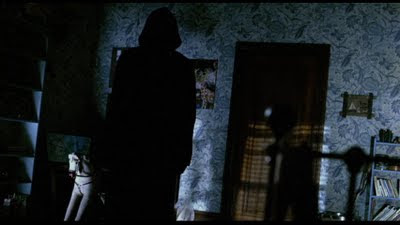 The film was ok, not fantastic, though at times does demonstrate a messed up kind of reality. The Boogeyman itself is all CGI it appears, and looks really generic and boring. There is no violence or gore, all the people who are taken by the Boogeyman are just never seen again.


So I wouldn't really recommend buying this, though it has made me interested to see what the original was like (this is a re-make of a 70/80's horror). 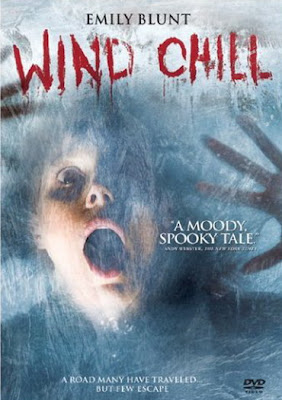 Wind Chill on the other hand was quite good. The film has hardly any characters in it, mainly focusing on a college boy and college girl.


A girl catches a lift home for the Christmas holidays off a fellow student, but one who she doesn't know. As they travel the boy acts oddly, and gets the girl thinking that perhaps he has ulterior motives for giving the her a ride. This seems to be the case when the boy decides to take a side road off the main highway and heads into a snowy, remote road leading though woods. Before she can confront him though a hit and run driver causes them to crash. With the car completely dead the couple have no choice but to spend the night in the freezing car as a blizzard rolls around them. Strange apparitions soon make them both realise there is more to fear than each other. 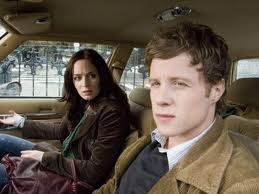 The two main characters are excellently cast, the boy is a strange stalkerish geek, with the girl being a head strong but slightly bitchy character. The film starts off as a thriller, and is at its strongest as such. After this it turns into more of a ghost story, but still entertaining. The characters are both likable enough that you do want them to survive the events they find themselves in.


Despite nearly the entire film being set in the broken down car it never gets boring, it reminded me of a New Zealand zombie short I saw last year, the confined space of the car amps the tension. Recommended, original, though similar atmosphere in it to the good 'Dead End'

Posted by Daniel Simmonds at 13:20 No comments: