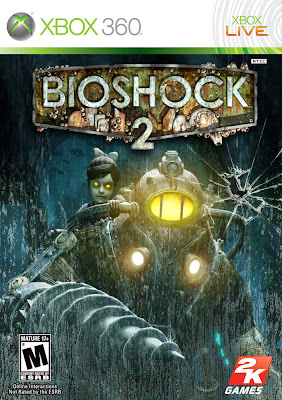 Have not done a post in quite a bit, so apologies I guess. As I have said in my last post, I love Bioshock. Bioshock 2 is the sequel that no one asked for. The first game was such a complete experience that it was generally accepted that any further games would dilute the fresh feel and even potentially destroy the feeling of Rapture.


The game is set 10 years after the events of Bioshock. You play as a recently awakened Prototype Big Daddy (huge lumbering monsters in giant armoured diving suits) called Delta. A decade earlier you had seemingly died at the hands of Bioshock 2's main antagonist; a British Psychologist called Lamb whose daughter (turned into a Little Sister; another monstrous being) was under your protection. Now you are awake for reasons unknown and on a mission to get to Lamb and rescue 'your' Little Sister. 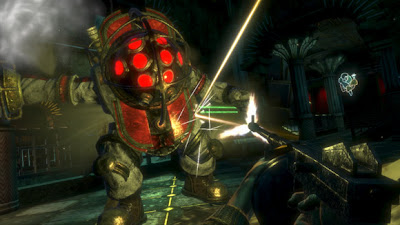 The story is not as good as that of the first game. Lamb is a compelling character with her dreams of Unity, the Splicers are under her control and with them she is trying to establish a basically communist family where everyone is equal. The reasons she wasn't around in the first game are fine, but being such a big rival of Andrew Ryans she does look a bit shoe horned in as she was not mentioned at all by him in that one, and it just seemed it was him VS Fontaine.


There are many more Audio Diaries this time around, around 115 of the things. They are interesting though, and do give insight into the world of Rapture, but are mostly centered around Rapture after its fall. Characters from the first game turn up in the audio diaries, Andrew Ryan being the best return. 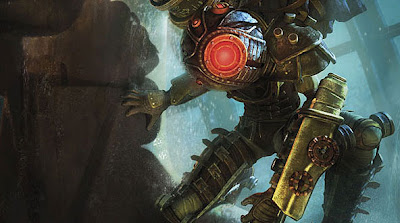 Quite a few references to the first game make an appearance. As well as audio diaries there are also posters and such that reference characters, as well as locations. The best being (light spoiler) a religion a priest has created that revolves around the Hero of Bioshock.

The locations are not as good this time around. The levels revolve around Raptures older areas, and poorer areas accessed by a Train. The locations are very decrepit, and rough. The worst location for me in Bioshock was the housing area due to the darkened ruins, and Bioshock 2 has nothing but these locations. There is nothing that comes close to rivalling Fort Frolic. It does make sense as it is over 10 years since the Rapture civilisation collapsed but disappointing nonetheless. 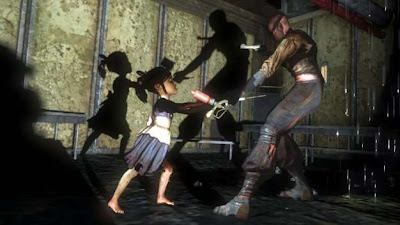 A lot of the old weapons make comebacks, and are as good as they ever were, some new as well (such as the fantastic harpoon gun, and drill arm). The Plasmids are mostly the same, though have been altered to balance them out a bit (for instance frozen enemies now drop items). The new plasmids are cool, but do nothing really exciting.


There are more variety of enemies now. Along with the Splicers there are now Bulky Splicers who are immensely powerful. There are more Big Daddies around now, as well as their lithe female equivalent Big Sisters. As you yourself are a Big Daddy they are no longer the scary threat they once were, and can be taken down quite easily. They have lost the fear factor, but are still fantastic enemies. 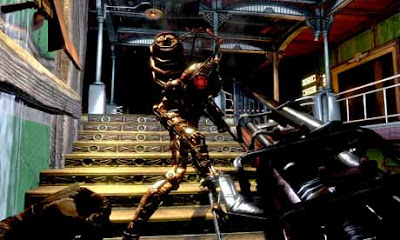 The morality of whether to harvest or save Little Sisters returns with an added mini game of protecting them while they harvest Adam from bodies. Also more interesting morality choices turn up that are not as black and white. These choices result in one of 4 endings which gives replay value.


Bioshock 2 features multiplayer. The multiplayer is the usual deathmatch things, and is ok, but nothing special. What is interesting is that there is story around it. Getting your characters levelled up opens up audio diaries, so if I do play the multiplayer it will be for that reason only. 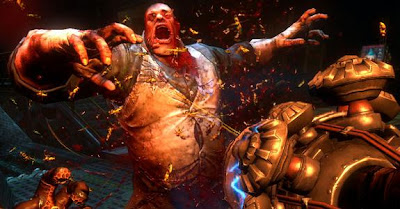 Bioshock 2 is technically a better game than Bioshock, but it is a worse experience, as the wonderful world of Rapture fades away a bit in place of more combat and gameplay. Still a great game when compared to others of its genre.

Posted by Daniel Simmonds at 04:11