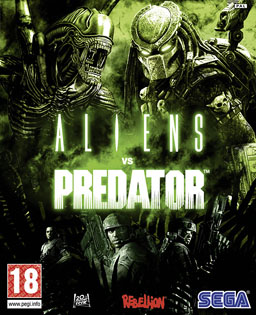 Average reviews were the order of the day when this was first released.  Having now picked it up for the cheap price of £8 I thought I would see if it is as bland as suggested. Like the Alien VS Predator games that came before this one has three different campaigns in which you play as a human marine, an Alien, and a Predator.

As a human you are a marine sent to investigate a distress call put out from a planet owned by a rich businessman.  Arriving on the planet you discover it has been overrun by aliens, the Weyland-Yutani group had discovered a Predator temple buried on the planet, and found aliens there. With the arrival of a band of Predators alerted to this it seems escape from the planet will be very hard indeed. 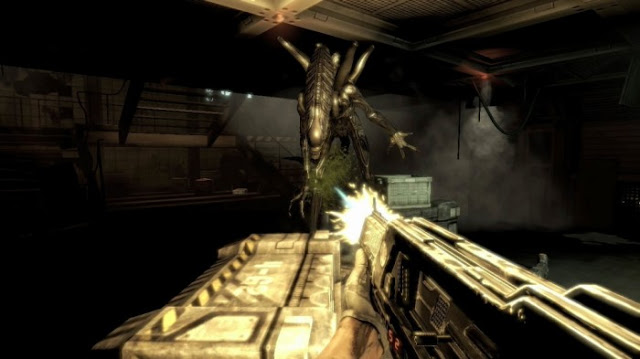 The human campaign is ok, as in average. The planet is full of jungles and at times it worryingly feels like the poor Turok remake with your slow, clumsy marine firing ineffective guns at creatures hidden in long grass, and in trees. The constant beep of your motion tracker is very cool though, as it always is in Alien games, but you really do feel quite weak fighting the acid spraying Xenomorphs. The game is very plain in its design with no surprises anywhere and little joy to be honest. Weapons are functional but boring, everything looks ok but not amazing and the plot is terrible; all meat headed marines and meandering around the planet quite aimlessly.

Enemies are quite cool, Xenomorphs are quite fun, climbing around ceilings, popping out of vents, and spitting acid at you from afar, it can be unfair sometimes with close range kills destroying your health due to the acid blood. To mix up the action there are plenty of robots to fight, as well as a few Predators who usually just turn up as boss fights. They can be kinda annoying as when their health is low they run off and hide to recharge. It is not a spoiler to say an Alien Queen also appears in a boss fight, nothing special. 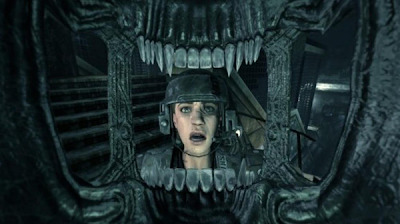 The Alien campaign is the shortest of the three. It is quite easy, but fun enough. As an alien you can climb on walls and ceilings, you can pierce enemies with your spiked tail as well as slash, and do brutal finishers on downed enemies. It can be quite disorientating climbing around the walls and the finishers require button prompts which are very hit and miss, you can easily get killed due to the game not recognising your inputs which is frustrating. It was during this campaign when I realised with disappointment that the three different campaigns use the same locations. I may have been approaching levels from different places but was still a let down. There are some original sections added, but most of it is recycled from the marine game.

The Predator campaign is actually the best of the three. It is really quite empowering playing as the bad ass monster. You can turn invisible, jump large distances, have access to a variety of cool weapons such as a shoulder mounted cannon, spear, proximity mines, discus, and your wrist blades. As the Predator you can also have access to heat vision (just like in the films) and later get an acid vision power up letting you see aliens. It is the same locations once again but picking off humans one by one is fun, and the finishes (that usually see you ripping enemies heads off) are entertaining even if the button prompt issue once again rears its head. 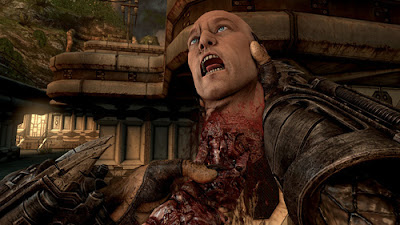 Alien VS Predator is functional at best. It does what is expected, has all the sights and sounds you would expect from the licence, it just doesn't seem to have any passion at all, bland locations, a poor excuse for a story, and just really feels like it is ticking off items on a list of things to include in a Alien VS Predator game.