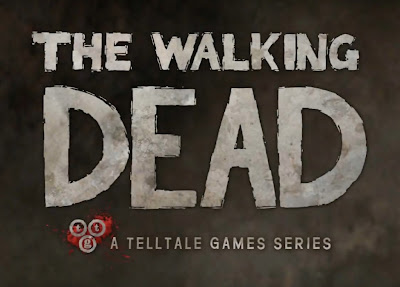 Kinda excited I was when I heard that Telltale where creating a series of adventure games based on The Walking Dead. Telltale have been responsible for a bout of successful modern day adventures such as Sam and Max and Back to the Future (the less said about the Jurassic Park game the better).  Telltales games are less about action and more about dialogue, so this style fits the comic series perfectly.

Episode 1 takes place one week after the zombie outbreak begins, it is set before the comic book and features a few characters from that, but is a stand alone tale.  Lee Everett is a convict being transferred to state Prison when zombies cause the Police car he is travelling in to crash.  Escaping the wreck he is faced with a horde of zombies.  Fleeing he arrives at a suburb where he discovers a little girl; Clementine who has been surviving on her own after her baby sitter got turned.  Deciding to look after her Lee meets up with some other survivors and together they head off to find refuge from the walking dead. 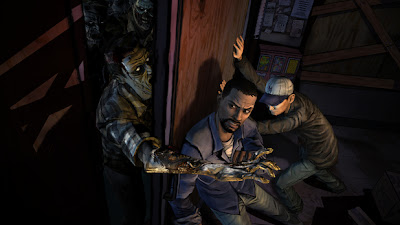 The game has a different feel to it from previous Telltale games, you are usually confined to a small area where you have a set task to do, whether it being locating medicine for a sick man, or rescuing a survivor.  A lot of this involves you walking around talking to other survivors and picking up objects.  The dialogue is very good, and it has to be said the acting is awesome.  Lee in particular is a fleshed out character, with his murky past constantly haunting him.  Choosing dialogue options varies the story in that characters can come to trust or distrust you based on your actions and what you tell them. The plot is mature and interesting, you get a lot of dilemmas that vastly affect the future of the series, such as a key decision early on when you must choose a character to save from the zombies; both are good people but you must pick within a strict time limit.

There is quite a few bouts of zombie fighting which takes place via quick time events for the most part.  Sticking to The Walking Dead lore nearly all this combat takes place up close with house hold objects, guns would attract other zombies.  The game does not let up on the gore, there are some violent zombie deaths, and also gruesome deaths for Lee should you fail.  One such death saw him having his intestines ripped out! 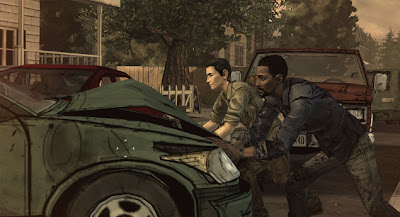 At 400 MS points this is well worth the few hours it lasts for, and has replayability with the game altering decisions presented to you which will carry over to the other 4 episodes (due to be 1 released per month).  I had lots of fun with this, it looks great (like a comic book come to life), sounds great and really draws you into its world.

Posted by Daniel Simmonds at 02:57