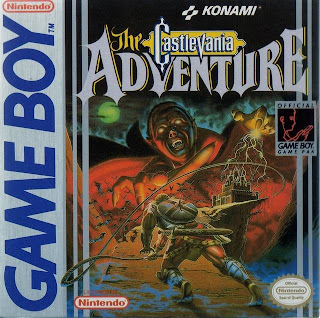 I always love Castlevania games (with the exception of Castlevania 2 that I struggle to get into) so when I saw on the Nintendo e-Shop a version I had not played I had to get it!

Much like pretty much all the other games in the series this one sees you as a Belmont (family of vampire hunters) who must infiltrate to the heart of Dracula's castle and kill him once again. To do this you battle through stages fighting monsters and avoiding traps as you go. 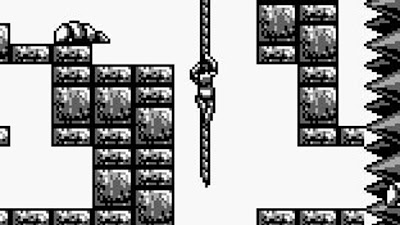 There is a far greater reliance on traps here than pretty much any other Castlevania game I have played. Spikes in particular are your greatest hazard, spike pits, moving spike walls, collapsing platforms all attempt to take your life. Enemies are kind of sparse, you get plenty of rolling eyeballs, and fireball spitting snakes but other than that there is not much more after you. A gargoyle first appears as a boss and later a common enemy, while boomerang throwing enemies can cause strife.

The game looks crisp and clean on the 3DS, though back on the original Gameboy it would have been less smooth. It is also really quite hard (though difficulty is removed when you are able to save anywhere). Your character moves agonisingly slow, and the speed reduces even more when too many objects on screen cause terrible slow down. The simplest of jumps are made a nightmare as it is so easy to over estimate how far Belmont can jump, he can jump forward about a millimetre, not fun to control.  He attacks with a whip which can be upgraded to double strength, and is able to take damage to walk through irritating enemies. 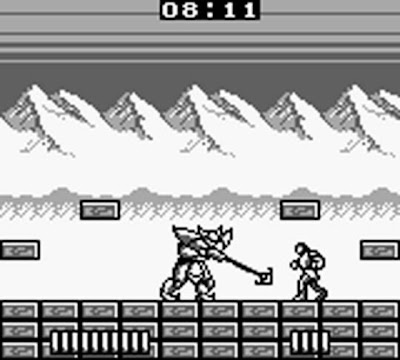 At just four levels the game is quite short, I did expect this though as the Gameboy is not exactly the most powerful handheld. Backgrounds are for the most part sparse but thankfully the music is quite ace. If your a fan of Castlevania games this is worth a try, but if your not then there is little to recommend here.