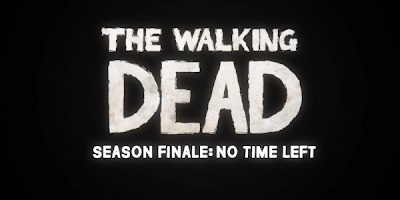 I have just finished the fifth, and final chapter of the Telltale made The Walking Dead adventure game. It has been a literal hell of a ride with some of the most terrible decisions I have ever had to make in a game. Was the final chapter a fitting end though? There will be unavoidable spoilers here, will try to keep them to a minimum!

With your young ward Clementine kidnapped at the end of Chapter 4 this one is all about rescuing her. Lee is a desperate man with nothing to loose, all that matters now is finding Clem, and Lee will do anything to make that happen.  Going into this chapter it is apparent there can be no happy ending, especially judging by the awful things that have happened previously. I found myself burning with righteous anger at the kidnapper yet still found the wind blown out my sails somewhat when the confrontation occurred. The choices you have made throughout the series come back to haunt you and you are given the chance to make peace with characters you may have fallen out with before. 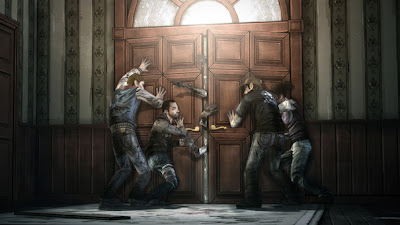 Issues again reared their ugly head here with slow down and frame skipping. One decision I was asked to make was destroyed by juddering which meant I was not able to choose a dialogue option in time, quite frustrating but at least it was a thankfully minor thing and not something hugely important.

No Time Left is a much shorter chapter than the previous ones, I believe it took me around an hour to do. There are not many calm moments as your mission is ever present. I played Lee like how I would have liked to act in his situation, sure I made some hard choices but I don't regret a thing. This time around puzzles are kept to a minimum, the ones you do have are all based on progression. 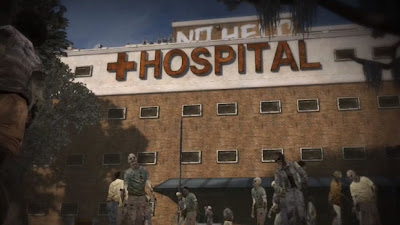 The music for this chapter is fantastic, the best yet, from sorrowful to sad, and even a Western style tune that plays through a key moment of the chapter reminding me of Desperado. Story wise this did make me cry, it was a very sad end but has also been left open. I don't know if it was always the intent to leave questions open, or if it was a result of the popularity that has ensured a Season 2. I would like the next Season to feature a completely new cast of characters rather than continue on from the end point here as the open ended nature of the ending felt quite fitting.

There really is not much to say, if you have been playing the chapters up to this point then this is totally essential. A great end to a great game.