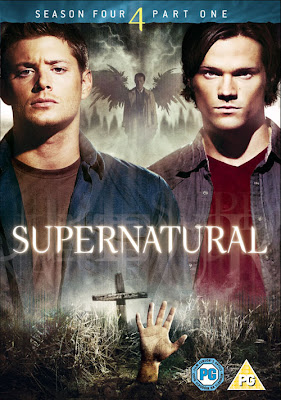 After re-watching the first 3 seasons of Supernatural I was well up for seeing Season 4. Spoilers ahead for those who have not seen the previous 3 seasons and also unavoidable spoilers for Season 4 (to be fair even the back of the DVD box gives away these spoilers).

With Dean being dragged to Hell at the end of 3 there was not much the show could do other than spit him back out, and that's exactly what happens. Awaking in a coffin Dean emerges to find out 4 months have passed since he died. He soon learns that he was pulled out of Hell by Castiel; an angel (such a good introduction scene for him!). Season 4 revolves around the battle between demons and angels, the demons led by head demon Lilith intend to start Armageddon. While Season 2 tried to have the whole 'dark side' storyline of Sam succumbing to the evil within him it failed, here the plot is resurrected, this time Sam's descent to evil is far more believable, his blossoming power gives him the ability to exorcise demons using just the power of his mind...but at what cost? 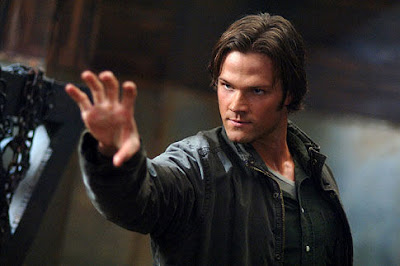 I thought this season was possibly the best yet, the main storyline of Supernatural has always been a bit lame but here it hits its stride a bit more clearly, the battle between Heaven and Hell can't fail to be epic, and for the first time the story feels like it could carry on over multiple seasons rather than be confined to one. Worries that the show could become a bit preachy and religious are put to rest when it becomes readily apparent that the angels are mostly utter dicks, uncaring about humanity and carrying a huge superiority complex.

Misha Collins is the best of the new characters, playing the emotionless Castiel with real weight that gives his brief appearances an impactful feeling. Supernatural does its usual job of introducing both awesome and lame characters and then quickly killing them off before they get a chance to shine. By far the best new bad guy comes in the form of slimy demon Alastair; the head torturer of Hell, the worst new character is 'riot girl' psychic Pamela, I was delighted to see the pain and misery her character endures though. I don't think it is sexism but the shows writers really seem to hate females on the show. 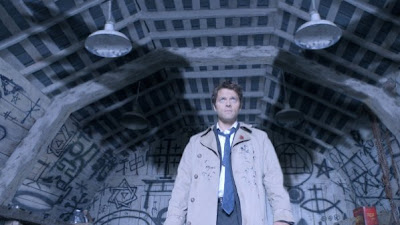 After the writers strike made season 3 shorter than normal it is good to see it come back up to 22 episodes, it gives the team a chance to make some weirder ones, as well as the usual hit or miss comedy ones. Some of the more out there episodes include 'In the Beginning' where Dean is transported through time to the early 70's, 'It's a Terrible Life' where Dean and Sam seem to be in an alternate reality where they are office workers, 'After School Special' that visits the Winchester boys as teenagers (the actors who play their younger selves are very well cast), and a real strange one 'The Monster at the End of This Book' where they discover a series of pulp books named 'Supernatural' that chronicle their previous adventures with spooky accuracy.

Not all the episodes are good though, as I said some of the comedy episodes just don't work. 'Monster Movie' is a homage to the old Universal monster movies and as such is filmed in black and white, kinda boring truth be told. The other comedy episodes are not quite so bad but the image of a 8 foot tall suicidal Teddy Bear is kinda stupid even for this show! Monster of the week episodes pop up every now and again, it seems a bit strange in light of the broad plot that the boys would take out time to solve these cases but are well done. 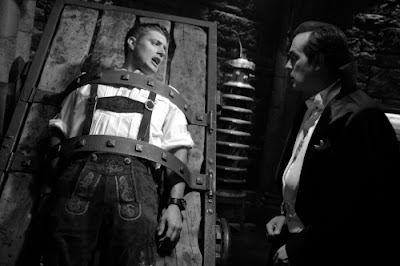 There has often been bad attempts at creating tension and division among the boys, here it works a lot better as it is readily visible the differences they have leading to quite a few fist fights between them. Like Buffy the Vampire Slayer before it trying to compare addiction to magic to addiction to drugs is really quite stupid. Sam's magic withdrawal episode where he sits hallucinating and sweating over not getting his fix was pathetic and unbelievable.

The show has a budget, that can be seen but it still relegates a lot of the action to off screen, usually Sam and Dean will wander on to the aftermath of a huge battle rather then see it first hand. Season finale was another real good episode, as expected now the season ended on a huge cliffhanger that has me counting down the days until I get paid so I can buy season 5. A fantastic show that even with some bad episodes is still well worth seeing.