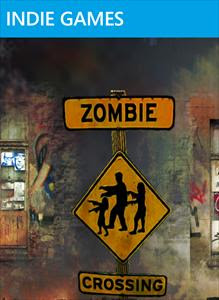 I was expecting another twin stick shooter when loading up Zombie Crossing. What I instead got was a tower defence game with a fantastic soundtrack.

The game takes place in a city over run with orderly zombies, I say orderly as they follow a set blood soaked path ignoring all the other streets. Shambling out of the subway they proceed along this path until they get to the next subway were the humans are hiding. You play as a cursor, placing gun turrets, researching improvements and attempting to stop the threat from a high perspective. 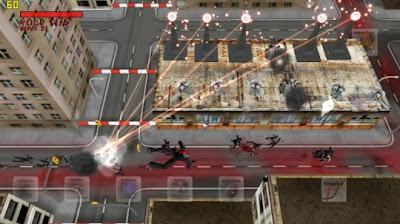 Zombie Crossing has an ordered, clinical look to it. There are no humans on the map, just zombies who themselves are nothing more than static black silhouettes. The cursor is far too twitchy and sensitive making it very hard to do what you want without a lot of fiddling around. I couldn't see an option to change this insane sensitivity. When placing turrets there does not seem to be an option to change the way they are facing which led to me putting down quite a few turrets made useless by facing the wrong way. On the plus side the game has fantastic music, mellow rock music plays through out and was very enjoyable. The groans of the zombies are also well done with enough variation not to be irritating.

An ok game just let down by the crazy cursor and a rather bland look to it all. I believe it was 80 Microsoft points if your interested.

Posted by Daniel Simmonds at 06:21