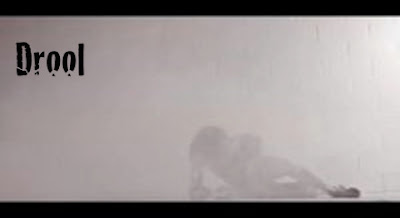 A naked man slithers around the ground of a strange white realm, he is covered in slime of some sort. A robed woman watches on before going to the man and drooling slime out her mouth all over him. The woman then de robes and she writhes around naked on the ground also while the man drools slime over her. The the man is gone, Drool ends with the naked woman laying there, possibly dying. 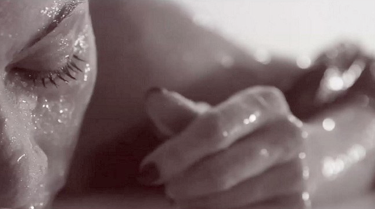 You can kinda tell from the description I just gave that this is one strange piece of film. It has a droning, unsettling score to it that created a sense of demonic works going on, the woman, almost witch like seems to have some sinister power over the man who looks almost new born in his actions, as if she created him and then absorbed his essence into herself, or he himself consumed her. The black and white look also helps in creating the sense that they are not on this world, like they are between the veils of reality. The actors manage to convey a lot of meaning just from their movements, impressive what you can get out of a silent film.

Drool is a 4 minute long bizarre, unsettling and weird piece, it is something I think I would watch again. Directed by Jeremiah Kipp (who directed The Sadist, and The Pod among others) it can be viewed here.