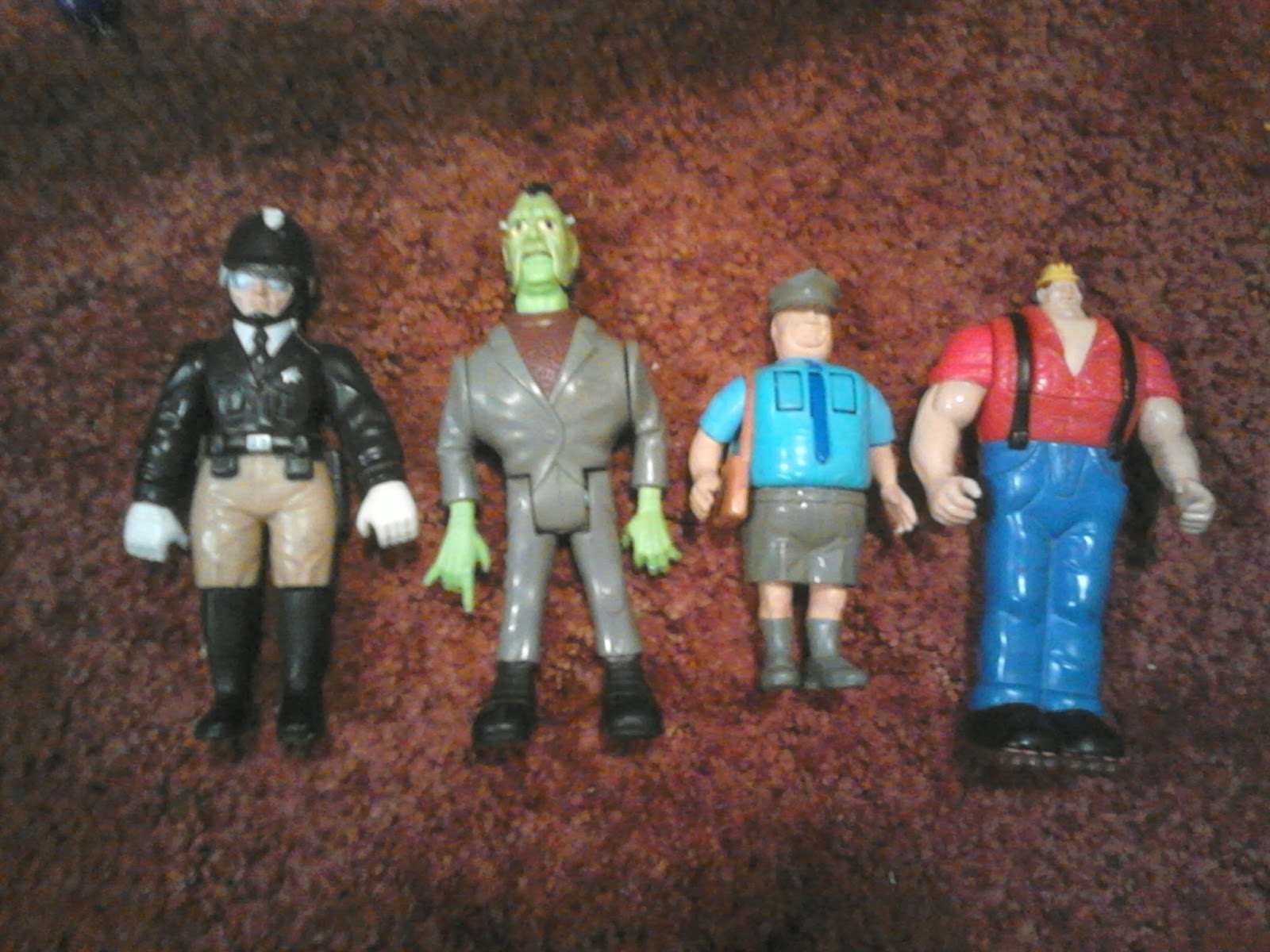 I was jogging around E-Bay when I noticed something that gave me an almost lethal dose of nostalgia. I had some of the Haunted Human Ghostbuster toy range when I was a kid, so I leaped at the chance to pick up 4 of them for the cheap price of £8 (the Frankenstein one is actually from the Hollywood Monsters series). Apologies for the low quality camera work, hoping to pick up a decent camera some point this year.

The first figure is X-Cop Ghost (what a lame name). This is a Policeman who to my mind more resembles a female. She/He transforms into a skeletal monster. Actually thinking about the whole idea behind Haunted Humans; if these are normal humans whose bodies are taken over my ghosts then I would imagine in most cases this would lead to the hosts death. 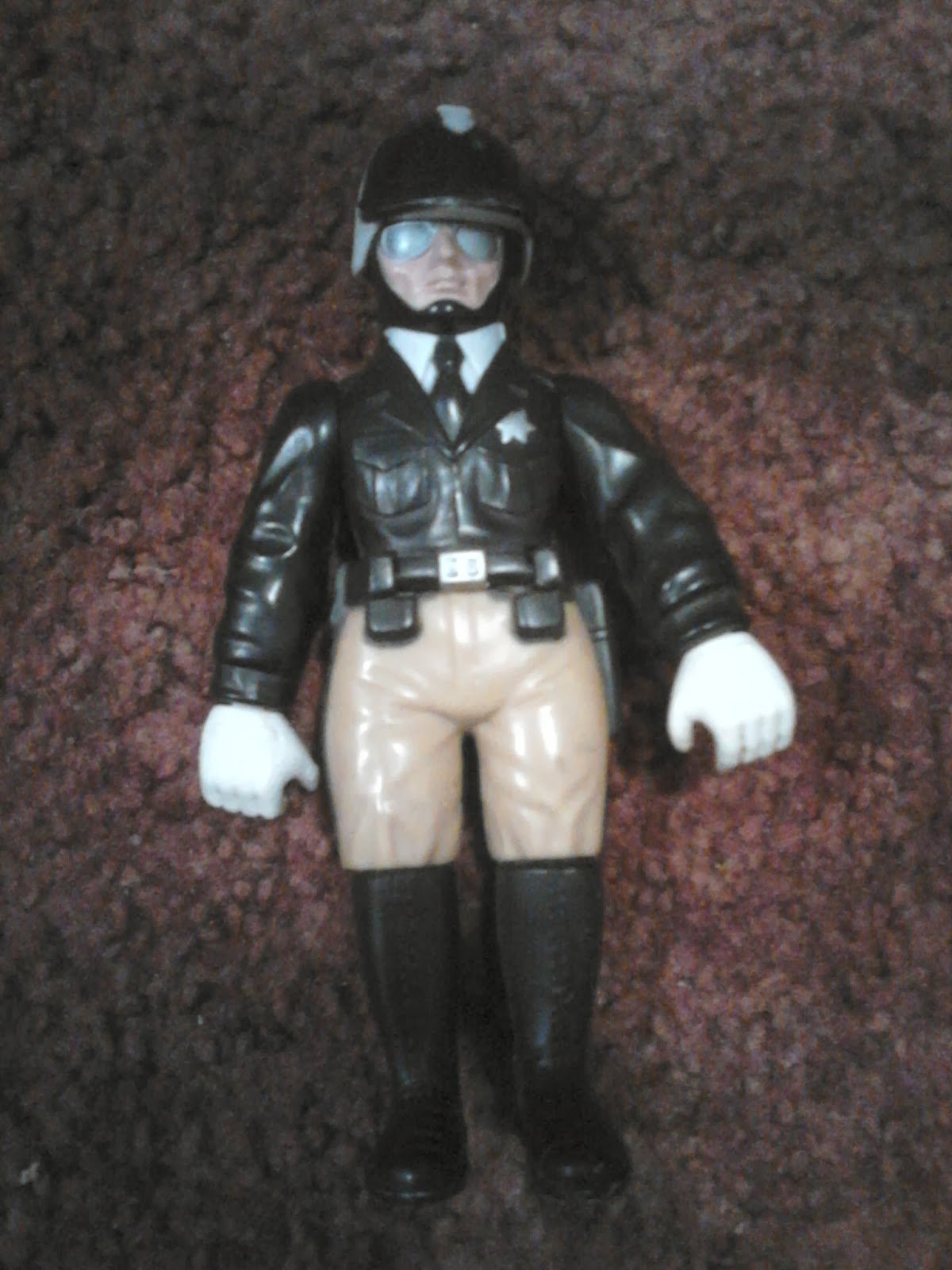 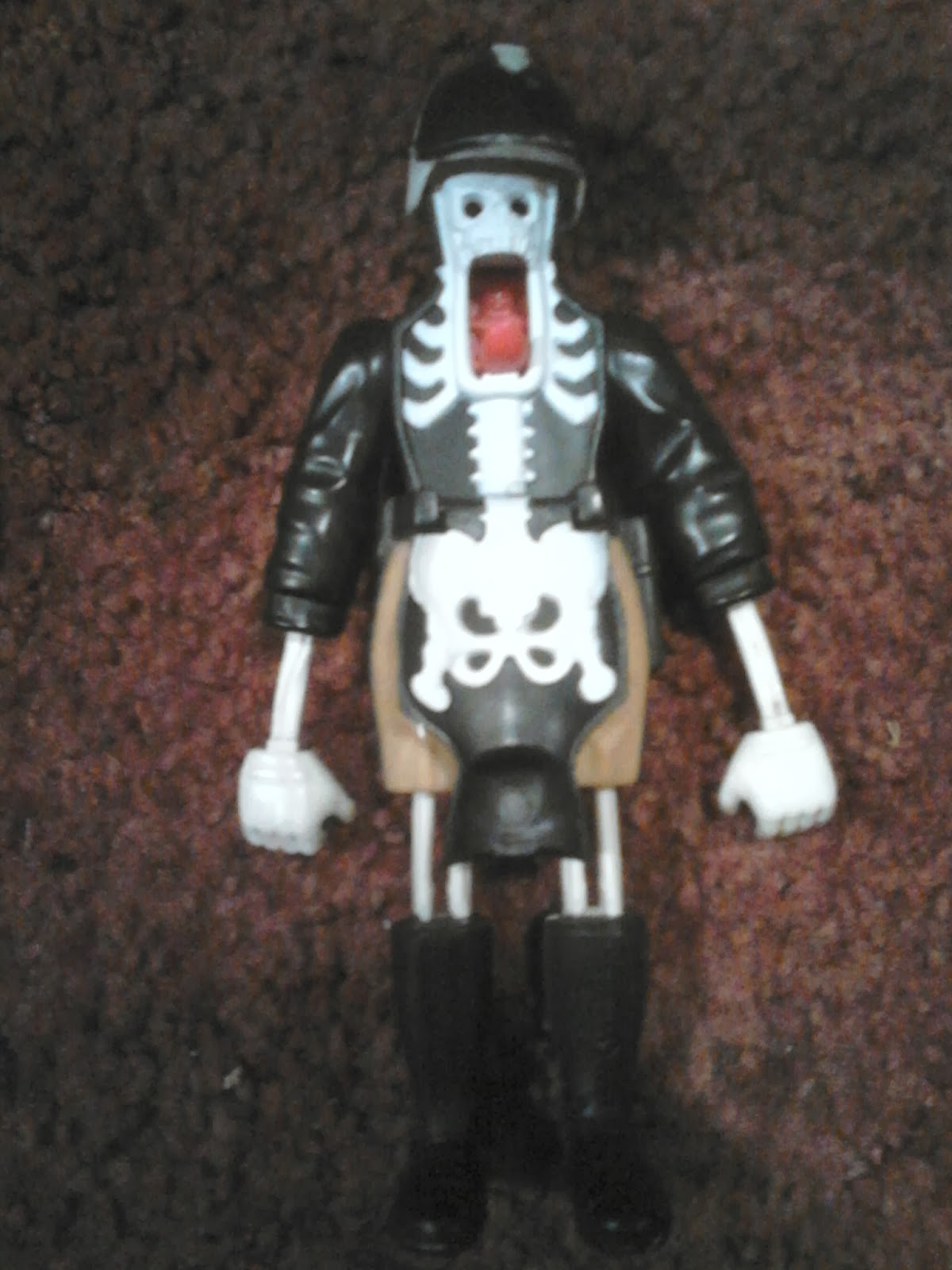 Next up is Mail Fraud Ghost. Again not sure why this counts as a ghost when it is a physical being. Now I know for sure a friend of mine owned Mail Fraud Ghost when I was a child so it is good to see this back in meat space. Mail Fraud Ghost turns into a monster, complete with jaw chewing action by pushing on the legs. 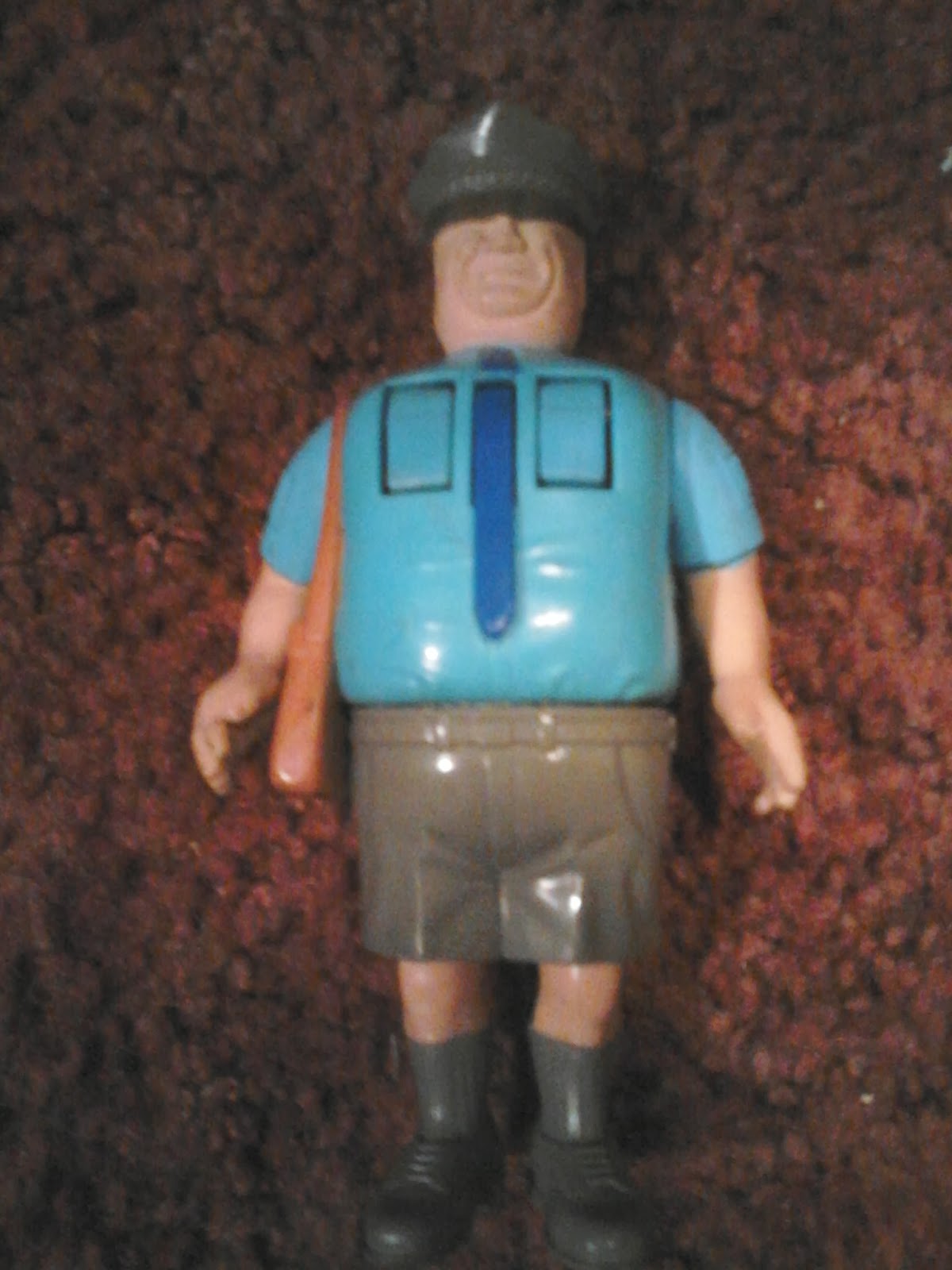 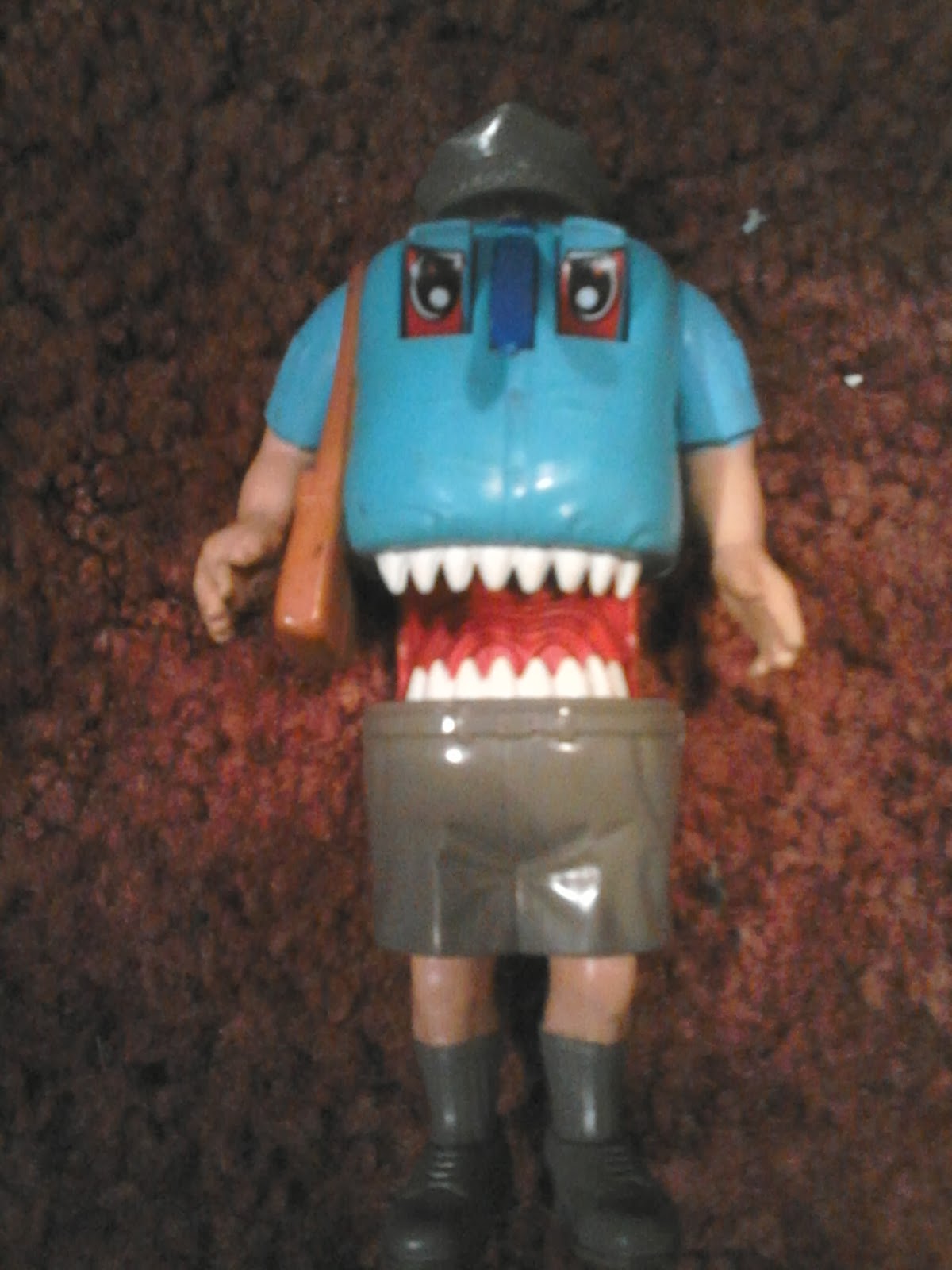 Last in the Haunted Humans range I got was Hard Hat Horror Ghost, Now this one I actually owned as a kid so this has huge nostalgic value for me. This time the human transforms into a giant bat monster, pretty awesome. 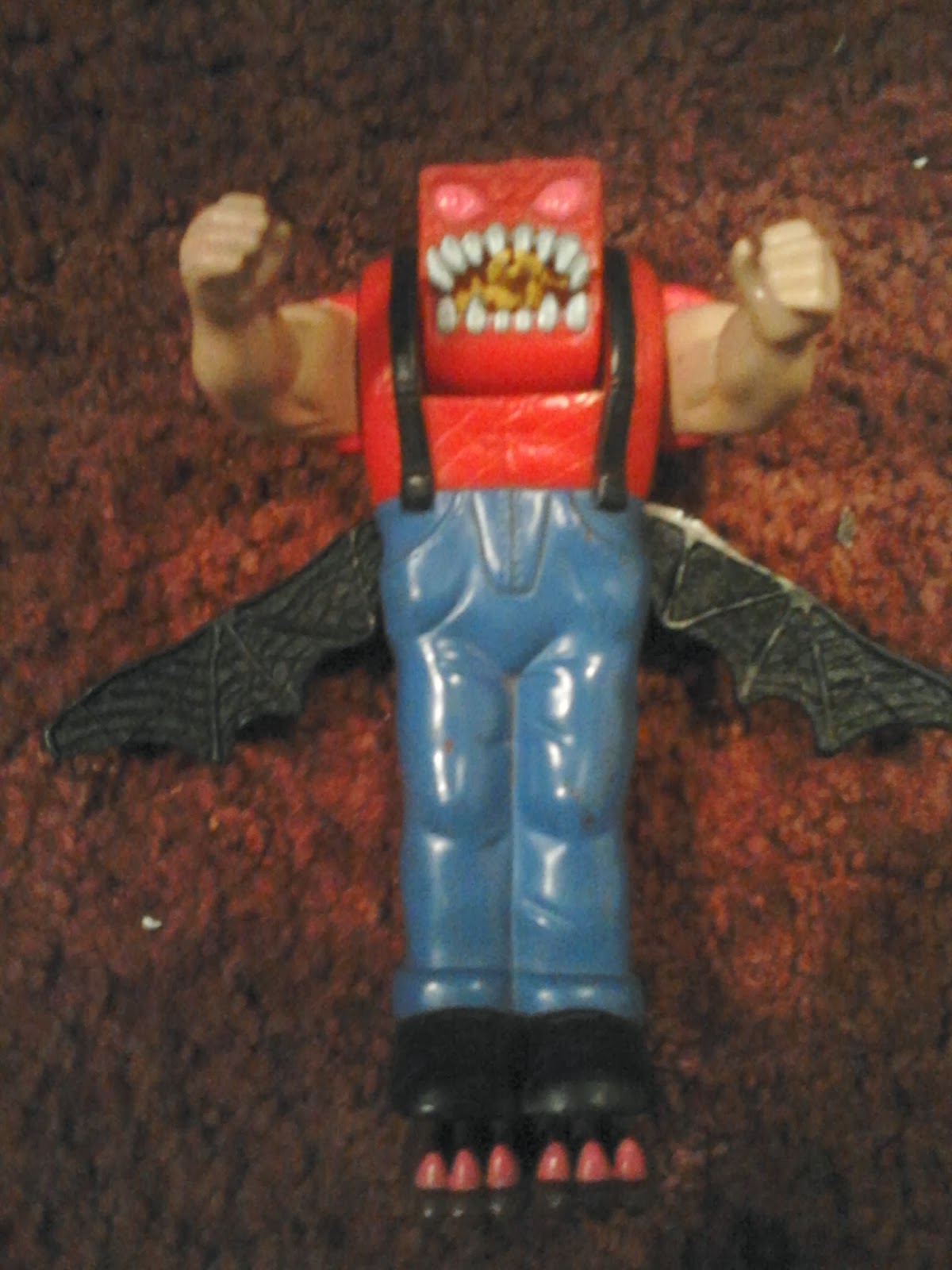 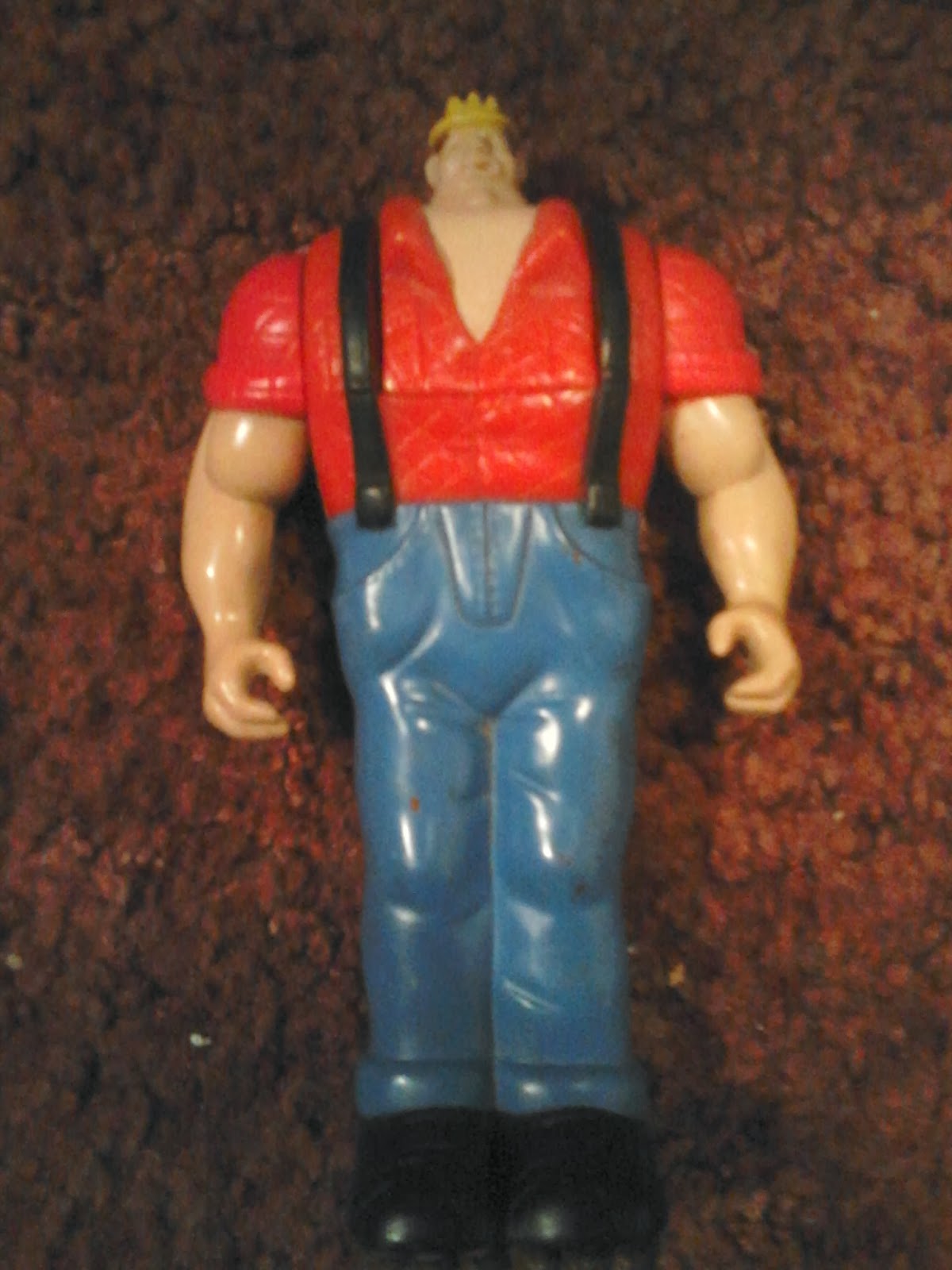 Finally I got Frankenstein Monster based on Frankenstein's Monster appropriately enough. Rather than transform this one instead opens its mouth really wide if you lift up its arms. 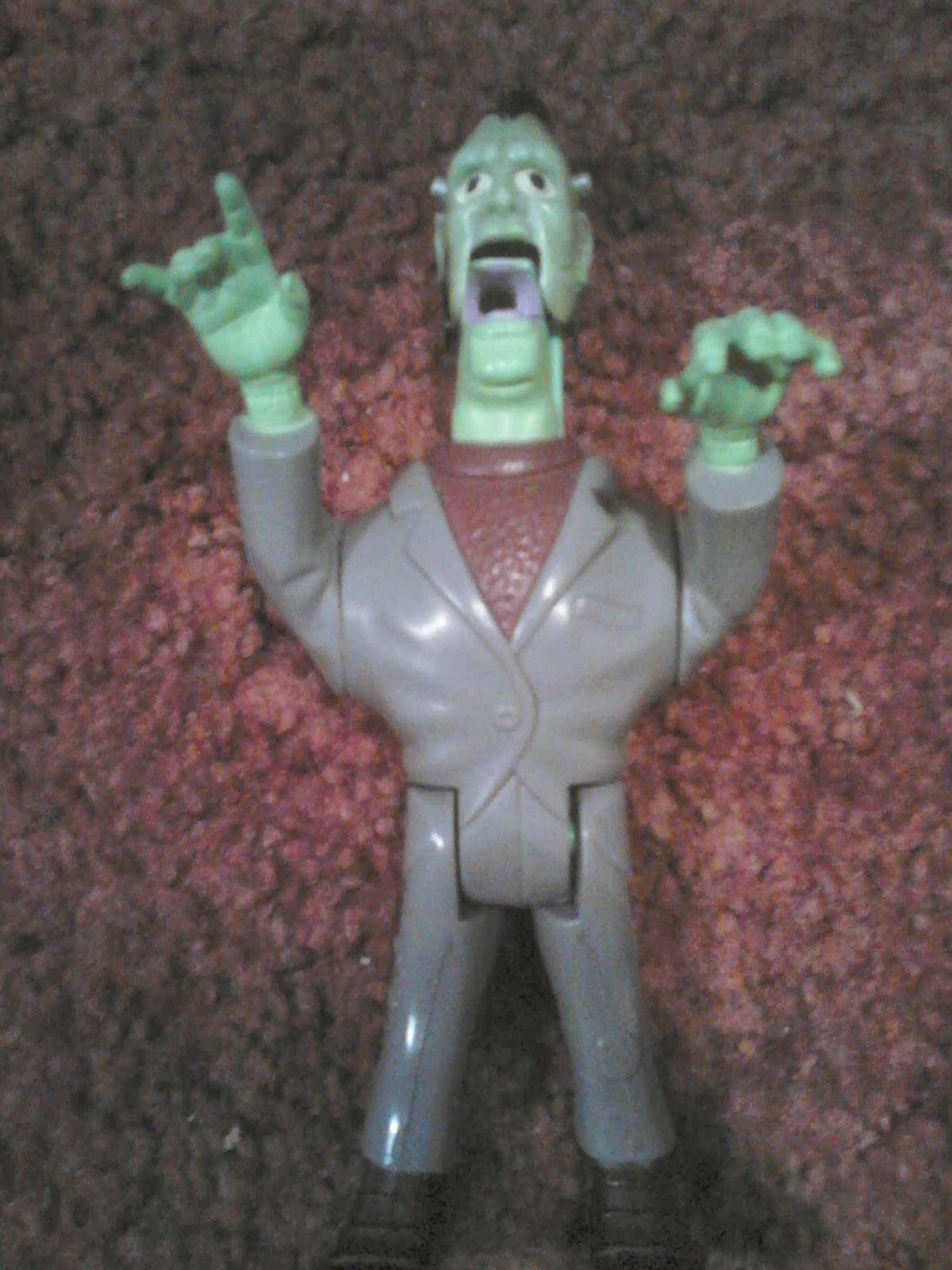 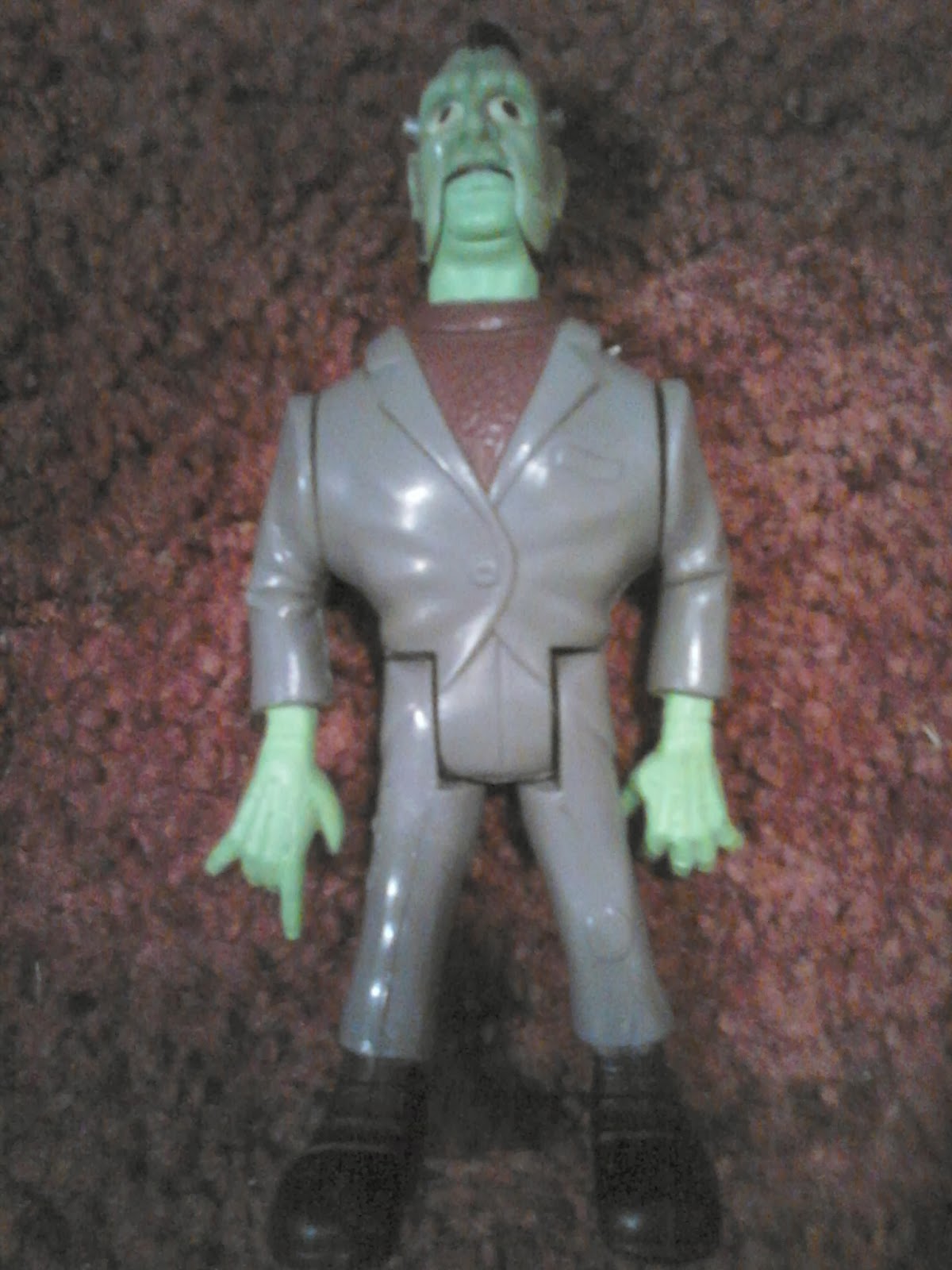 There a few more in the Haunted Human range I would like to get hold of. From memory there was a Granny one I used to own, as well as an American Football player one that my friend had. Fun trip down memory lane!
Posted by Daniel Simmonds at 14:22