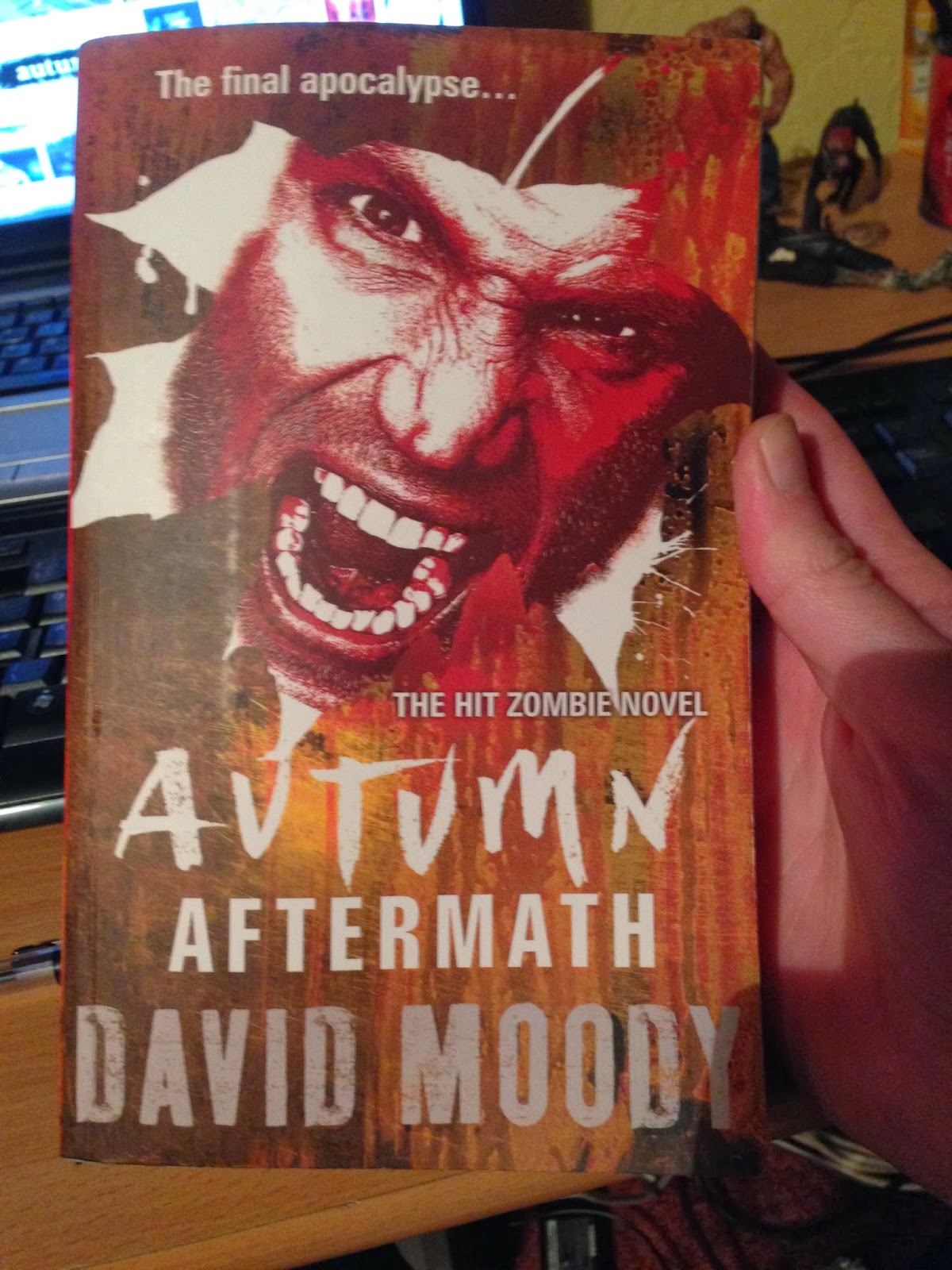 Autumn: Aftermath is the fifth and final book in David Moody's phenomenal zombie series that see a strange virus wipe out most the worlds population and reanimate a large chunk as decomposing ghouls. Being book five there are of course going to be some spoilers about previous entries in the series. On a side note the photo is not a new gonzo way of showing images, just could not find a decent picture online to use.

A group of English survivors hiding out in a castle are found by a man who calls himself Driver. This man tells them of a group of others trapped in a hotel. After rescuing these people there starts to be a rift in the group when Jackson; the self appointed leader of the castle lot has his position challenged by newcomer Jas who is incredibly fearful of the walking dead. When an escape to all their worries comes about this split blows up into all out rebellion. Once again the most frightening aspect of a zombie apocalypse is man himself it seems.

Autumn: Disintegration showed Autumn at it's most violent, violence being a key part of that book, here the threat of the zombies has muted somewhat to a background concern. The undead have been put on hold, almost literally as with the arrival of winter the hordes freeze solid on a daily basis. The bigger concern for the survivors now is just what they do with their lives in a ruined, dying world. Thematically the demise of the zombie threat makes perfect sense, in a thrillo chasing way though I did miss the scenes of extreme violence.

The ghouls of Aftermath are truly pitiful creatures, they are rotted and decayed to barely nothing and as such are no longer the huge menace they had been. The cycle of the zombies comes to a very satisfying and poignant end in scenes that had me re-reading to truly comprehend the change of perspectives. These are not the crazed, angry mobs of before, here they juxtapose with the fading world, both elements on the way out to be replaced with something new.

The characters are as numerous as always, some of them did get confused to me but firm favourites do appear. It was very clever that a character who in Disintegration was relegated to a background position suddenly gets thrust into the limelight and for the first time you get to read his inner thoughts that for me changed how I felt about the character dramatically. I wonder if Moody purposely kept this character ambiguous and strange knowing the path he had planned for him in Aftermath. Another character was somewhat of a good guy previous, his transformation into brutality and insanity was unexpected and creates a true villian where previous books had near equal shades of grey for all it's characters. Late to the party but fitted into the world of Autumn well.

I did find halfway through my interest waning ever so slightly but this only lasted for a few chapters until amazing things started to occur again with some fun twists, I had a slight feeling of sadness knowing this was the end of the series. I adore the Autumn books for the reasons that they are great books, well written, and do some really interesting spins on the traditional brain hungry zombie tales. As always if you have not yet read them then they are well worth reading.

David Moody is my dad