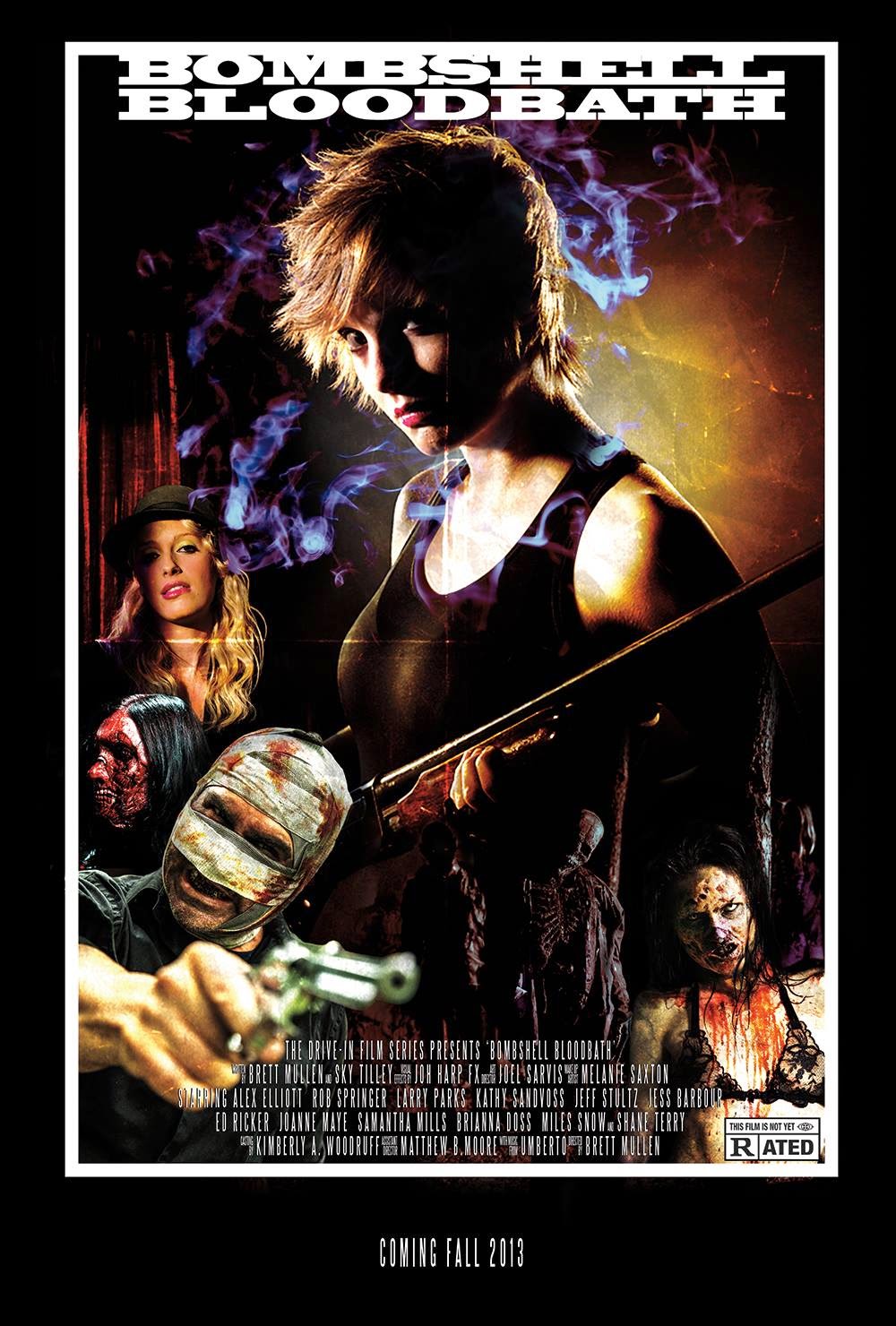 I have wanted to see Bombshell Bloodbath ever since I first heard of it last year. Directed by Brett Mullen this American made and based horror aims to emulate the style of the classic Italian zombie films of the 1980's, in particular Lucio Fulci's ones such as Zombie Flesh Eaters. It succeeds in being a homage to those gory films from that time but at what cost?

After Doctor Carters wife Lisa dies he becomes obsessed with the idea that he may be able to bring her back to life. Fired from his job at the CDC he becomes a grave robber, stealing corpses in order to test out his serums. After many failed experiments Carter finally stumbles across something which does revive dead bodies but he finds to his folly that it also turns the undead violent and hungry for flesh. Meanwhile his two daughters discover his twisted work and during a struggle the youngest daughter Cara accidentally gets infected. With the virus making her increasingly detached and violent she decides that she must get Carter the ingredients he needs in order to perfect his work so that an anti virus can be made to cure her. 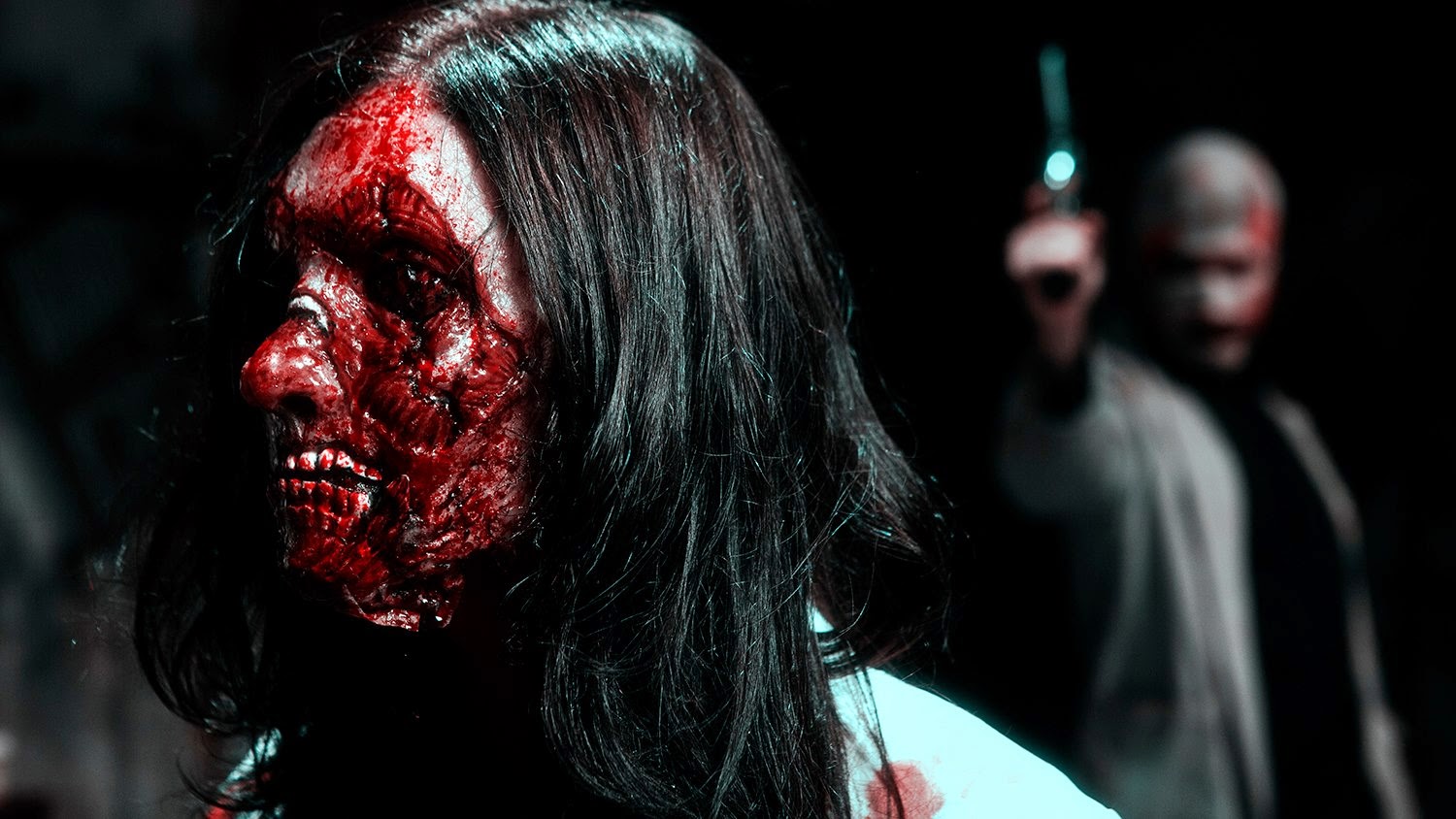 I think a knowledge of 80's films is needed to really appreciate Bombshell Bloodbath. First off many of the actors over act which I believe is on purpose rather than by accident. Rob Springer as Doctor Carter is a stand out character. Already unhinged when the film starts he gets more and more insane once he has had half his face bitten off by his first successful revival. With his head wrapped in bandages and his manic attitude to his work (such as shoving his female assistants head into a zombie cage when she questions his ethics) he has a real presence, This is also helped by the graveyard sequences where he wears a freaky medieval gas mask (the one that looks like a birds beak). On the side of 'good' you have Sheriff Parks (Larry Parks) who does a fantastic job of being the small town close minded sheriff full of cuss words and anger.  He pretty much steals all his scenes and along with his underlings provides a lot of the humour.

There are many zombie effects and I am glad to say they look pretty decent albeit a little rubbery at times. The look of the undead is what drew me to the film in the first place. One in particular that had its face ripped off looked fantastic. Being a homage to Fulci and Argento there is plenty of gore, people shot get really messed up, while midway through the film there is death by shovel which is such a fun twisted death scene and reminded me of a similar thing in Day of the Dead (also someone being pulled apart in a similar fashion to Rhodes in that film!) In fact there is nothing bad to say about either the zombie make up or the violence on display here. 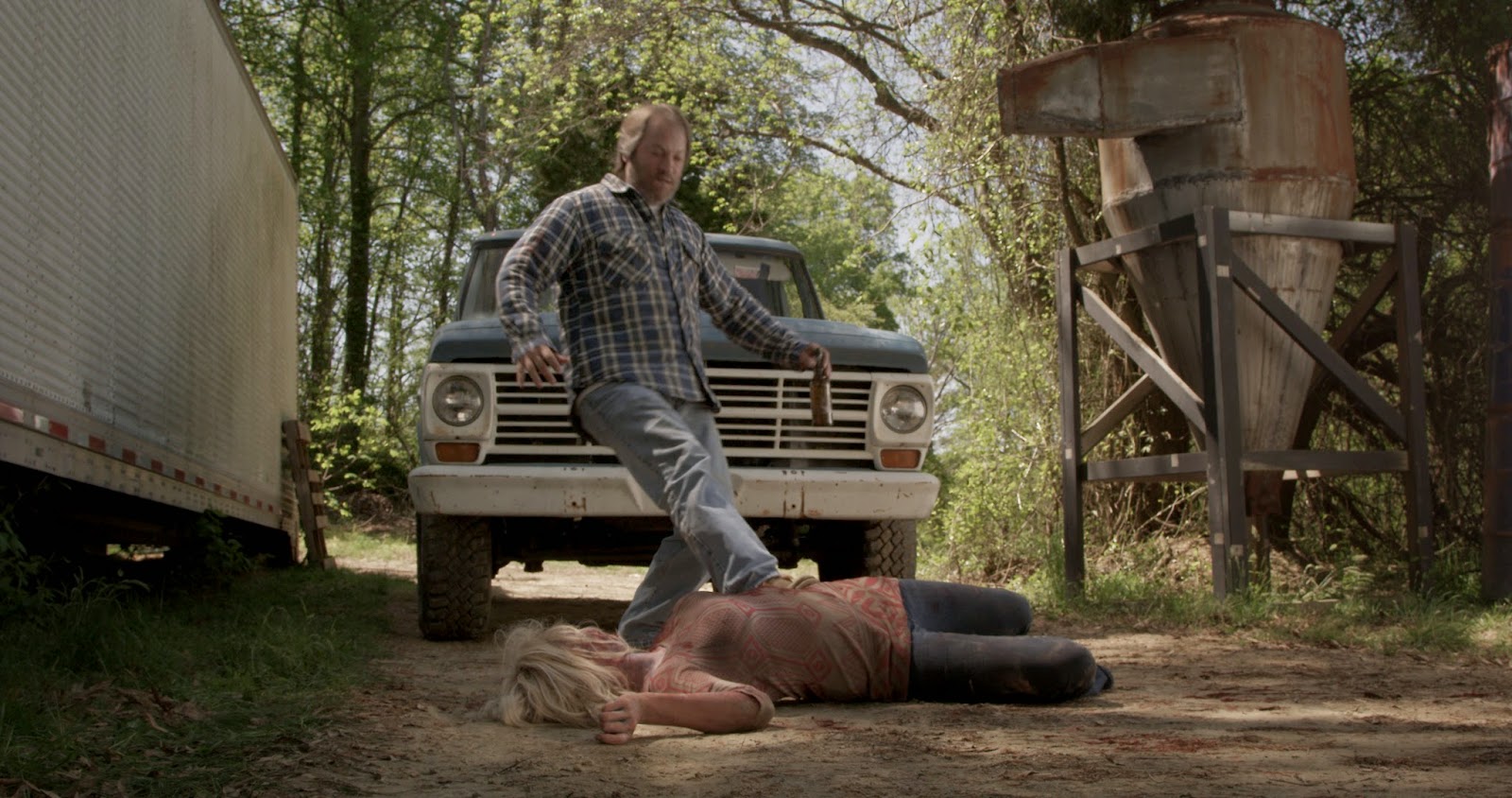 My biggest problem with Bombshell Bloodbath is due to its reliance on echoing previously made films. I understand it is not to be taken too seriously but sometimes it just seems too silly, too b-movie like. Things like the mad Doctors daughters not seeming too concerned that he has taken to grave robbing and kidnapping and the basic plot rob it of some of it's thunder. Being like a modern day Frankenstein in parts that aspect is well done, it is just when this is expanded to try and encompass more that it fails. The intro and outro sequences are designed to make you care about the wider picture but it would have been no worse or better if these parts were removed entirely.

The main character I guess you are supposed to care about is Cara. Rather than get flesh hungry after getting exposed she instead must struggle with reoccurring violent actions such as smashing a bottle over a guys head after he hits on her, and hallucinations that she has turned into a zombie (including a trippy sequence where she sports a purple wound). I just did not care for this character. 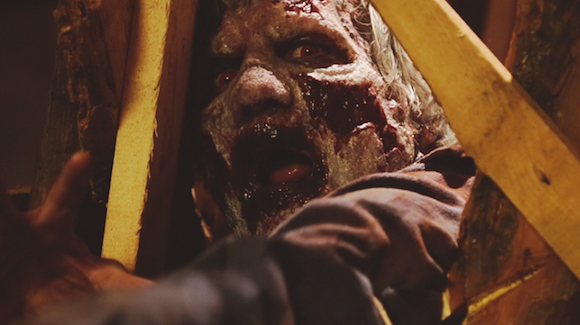 The direction is solid throughout and the whole final sequence is wonderful. My favourite part of the film takes place in slow motion starting with a boot to a face to a certain character, I was heavily reminded of a scene from House of 1000 Corpses, it was also really quite funny. Special mention must also got to the soundtrack which reminded me so much of Goblin, it fitted the tone of the film perfectly.

All in all there is plenty of good to be found in Bombshell Bloodbath but I sometimes felt that it had one trick up it's sleeve and not really any original ideas of it's own, certainly the least memorable of the films I saw last weekend.