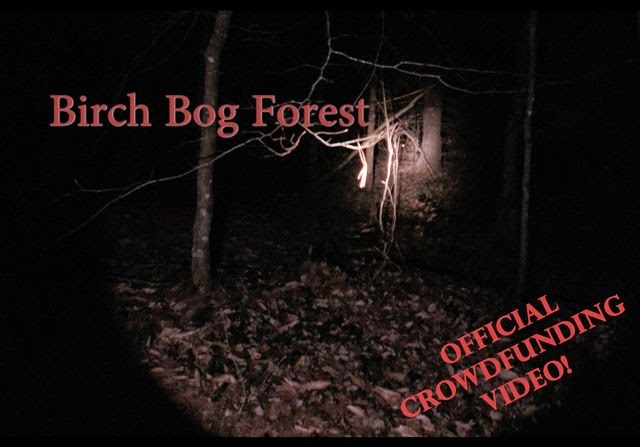 The Found Footage genre just never seems to die, still years after it reached it's zenith the titles keep on coming out. Every once in a while a good one comes about, maybe Birch Bog Forest from Clever Girl Entertainment could be one of those?

The film will take place in the forests of New Hampshire, USA. A couple discover reports of a sudden rise of missing hitchhikers in Birch Bog Forest, the boyfriend who is a freelance videographer decides to head to the forest to try and find out what is causing the spate of disappearances. Could it be due to a creature in Indian mythology named the Crygar who is said to have once hunted a native Indian tribe to extinction?

Birch Bog Forest has currently had a Indie GoGo campaign launched in the hopes to get the funding needed for the film to go ahead. Campaign manager Alexander Azzi is hoping to raise $10,000, at the moment $66 has been raised but with 57 days left to go it is very early days. If you fancy donating to the campaign then head to their page here.

Check out their Crowdfunding video below where Alexander speaks of his aim for the film including the goal to have no CGI effects at all, and to make a film that will 'screw with your mind'. As always I wish them all the best, there can't be too many horrors in the world and while the Found Footage genre is often rotten this could have potential.