The Horror Videogames of E3 2015 Round-Up 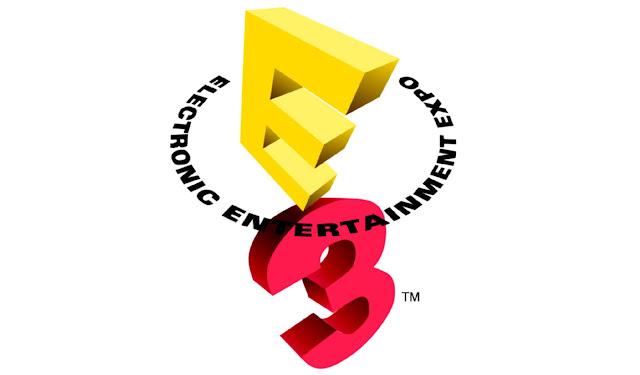 So this past week was E3; the greatest annual gaming event on Earth. During this three day event all the big game companies hold conferences to announce all the new games and show them off, here at The Rotting Zombie though I just plan to talk about the more horror focused ones, not even really including any fantasy stuff, though the one with the robot dinosaurs was apparently pretty decent, and who can't be excited by a remake of Final Fantasy VII?

Starting with the zombie games then first up is Dead Island 2 that is going to come out on the PC, Playstation 4, and X-Box One, this was announced a long time ago, I can't actually find any details about what was new about it at this years E3 so that's a good start. More gameplay was shown of Call of Duty: Black Ops III but I believe the mulitplayer was focused on and nothing of the warmly awaited zombies mode shown. Apparently the zombies mode is going to have an XP progression system and be a proper story. Plants VS Zombies: Garden Warfare 2 was announced for the big three, a cute style death match type game, this holds no interest for me. The final zombie game I'm not exactly convinced is a zombie game; Onechanbara Z2 Chaos is coming to the West for PS4, I think it is already out in Japan. Previous games in the hack 'n' slash series had you as one of two ridiculously scantily clad girls battling zombies. this seems to have the under dressed girls instead battling monsters. Here's a crazy trailer for you:

Still on the subject of zombies there were not one but two new The Walking Dead games announced. First up is The Walking Dead: Michonne by Telltale games, this is actually some DLC for The Walking Dead: Season 2 and not stand alone. As you can guess from the title it casts you as the comic book version of Michonne and over three chapters shows what happened to her one time in the comics when she vanished for a period. This is due out in Autumn so I guess that means I will have to pull my finger out and get around to playing Season 2 which I have owned for the longest time. Meanwhile Overkill is making The Walking Dead (not sure if that's the concrete title) which is being designed as a co-op experience in the vein of Payday, it has the backing of Robert Kirkman and is said to be full of role playing, stealth, survival horror and action featuring new characters and a new storyline. I just hope it is better than The Walking Dead: Survival Instinct which is meant to be a terrible mess of a game!

Now sliding along to straight up horror games we have the Wii-U exclusive Fatal Frame: Maiden of Black Water (Project Zero in the UK). This will be the fifth game in the series, the first is one of the scariest games of all time, while two and three are not bad. For some stupid reason Fatal Frame 4 never got a Western release so I'm glad this one is coming here, the awesomeness of using the Wii-U's Gamepad as the ghost killing camera is an alluring one as you can see below...

Corpse Party: Blood Drive is finally coming to Playstation Vita in the West, it is a sequel to Corpse Party but with more modern graphics, I am interested to play that as the first one sure had atmosphere. The PS4 version of the creepy sounding The Vanishing of Ethan Carter was shown, in the game you play as a paranormal detective searching for the titular Ethan in a rural setting. Rather than any action you explore your surroundings to piece together the mystery. Also on PS4, and an exclusive is Until Dawn that sounds like a typical teen slasher film but in game form. You play as a series of characters trapped at a remote log cabin being stalked by a crazed killer. If a character dies then they stay dead and the story changes appropriately meaning there is the possibility of multiple differing playthroughs. This could be good, a bit unsure, it looks pretty at least.

There are a hell of a lot of remasters being created at the moment, a few of them are appropriate to mention. Devil May Cry 4, Resident Evil 0, God of War III and Gears of War are all getting smartened up and released once again for some reason, talking of Gears the fourth game in the cover based shooter was teased also but I have yet to play the third or Judgement so I need to catch up. The new trailer for Doom 4 (simply titled Doom) was shown off and it seems to be going back to its roots with far more fast paced action. I adored Doom 3, it is actually in my top 10 games of all time but I don't mind this one losing the story elements, the only weird bit at the moment is the finishing moves which you can do on enemies, just seems a bit pointless.

While I do own Dark Souls I haven't even played it, and so have yet to pick up Dark Souls II so the announcement of the third didn't really give me much excitement. I'm sure the game will be good but coming off the triumph that was Bloodborne the slower paced combat leaves me feeling a bit cold. Vampyr was announced for the new generation from Focus Home Interactive, I don't know many details other than it is going to be a horror based RPG were you play as a vampire (vampyr?) in what seems to be Victorian London, I kinda dig the concept trailer so hope the game is actually any good.

Onto post apocalypse now and the videogame version of Mad Max was also shown off, there is both lots of driving and on foot sections with the car you drive being fully customisable, looks pretty at the very least. More of Fallout 4  was shown, this time around the game takes place in Boston, it looks like it is going to be more of the same but with a current generation sheen I am more than happy to once again explore the wastelands if the combat has been improved. A companion app for iOS and Android is Fallout: Shelter which from what I can gather you get to design your own Fallout shelter maybe for use in the main game?

I'm towards the end of the horror type games so onto sci-fi briefly. For the PC XCOM 2 has been announced. Its a strategy based game like it's predecessor (that once again I own but have yet to play. It takes place in an alternate time line where aliens have conquered the world.  New DLC for Destiny is coming in the form of The Taken King, I didn't get the previous DLC due to not thinking it was worth the asking price so will not be getting this either unless it releases at a fair price. Halo 5: Guardians was announced for the X-Box One, no interest for me as the series has never caught me, apparently there is going to be some horde mode playable for over 20 people. On the subject for under whelming sequels a new Metroid game in the form of Metroid Prime: Federation which is to be a first person shooter on the Nintendo 3DS. People have been complaining that not only is it a spin off and doesn't even star Samus but that it seems to be entirely multiplayer focused. Lastly a trailer for Mass Effect: Andromeda was shown which has the crew of the Normandy exploring new worlds and has a western vibe to it. Let's hope it is better than Mass Effect 3!

Now to finish off more was shown of Rise of the Tomb Raider, I really hope it keeps some of the horror elements that made Tomb Raider so utterly awesome, if it does then I shall be picking that up sharpish.  More was also shown of Batman: Arkham Knight, I adored Batman: Arkham Origins and with this new one being current generation only it should at the very least look fantastic. So there you go, a long post but it seems plenty of games coming out and lots to look forward to!
Posted by Daniel Simmonds at 09:54