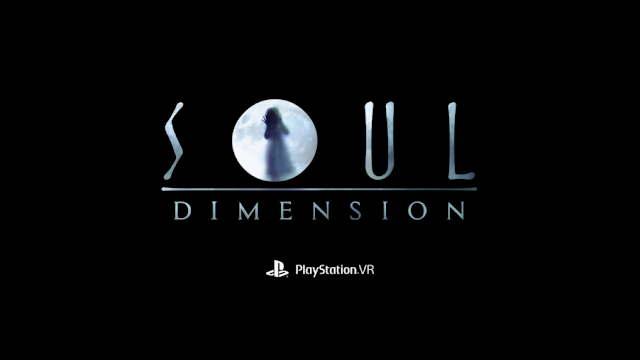 The third video game review in a row now, can you tell it is nearing the end of the month and I am picking the low hanging fruit to increase my post count? Soul Dimension is a new episodic VR game, currently only episode 0 is out. The whole experience took me around 15 minutes to play through, however this was less than £2 and so that alleviates the short length somewhat. Whether all episodes will be as cheap and as short I don't know.

Soul Dimension takes place in a large mansion, you play as a father who is trying to piece together missing fragments of a photograph at the behest of the ghost of a little girl that is likely the protagonists daughter. As you search the house you catch glimpses of a strange mask wearing woman, as well as frequent sightings of the little girl's ghost. 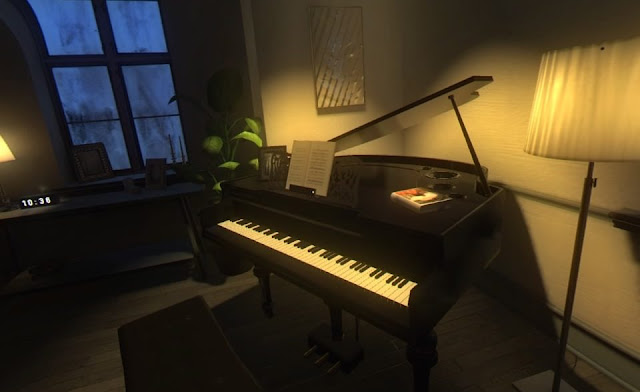 It is becoming clear to me that VR within the confines of a house is pretty effective. With this game though the detail isn't as clear as it should be in places, specifically with text that appears as unreadable smudges. This is a horror game, yet it really wasn't scary, save for one moment when some crows flew towards me. After surviving the terror of Paranormal Activity: The Lost Soul this pales in comparison, there isn't really much horror to speak of, the masked woman, the occasional swinging chandelier, and those crows are about it. Your progression through the mansion is very linear with doors you pass through usually locking behind you. There are a few simple puzzles to solve along the way, such as books that must be put onto a shelf in the correct order, and a safe with a combination to find.

Playing Soul Dimension made me realise how cool the disappointing Layers of Fear would be in virtual reality (talking of that game I really must get around to doing the DLC). I say that because there are several points here were the layout of the house morphs around you. You enter a room to find just a chair and not much else, upon going back into it later you now find it has changed into a different room entirely. This comes to its best towards the end when you end up in some strange outdoor area with a huge tree. That part also contains the sole combat part of the game, there isn't much more than shining a torch on a flying enemy until it fades away. The final part of the game has the mansion now deteriorated in Silent Hill fashion, this was a neat touch but less so was the clunky transition to this that was not handled smoothly at all. 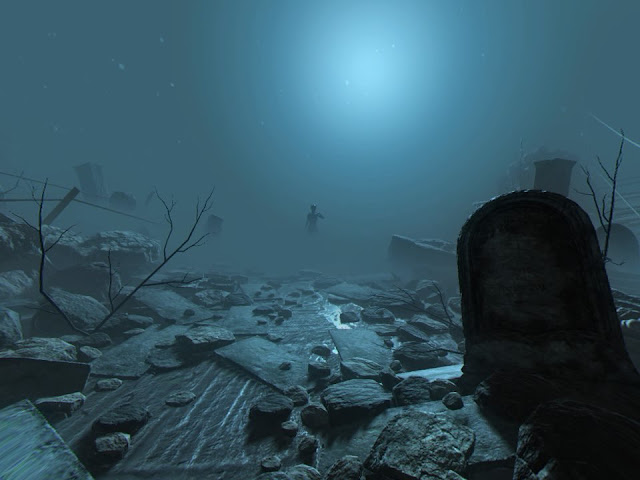 At a price that is dirt cheap it is hard to complain too much about Soul Dimension, it is worth the low cost. The graphics are ok, I have seen lots better, but also a lot worse, so at least it feels like you are in a building, though I did feel a little motion sick playing this. The controls felt a little bit weird in that if you look down you see a large PS4 controller with descriptions as to what each of the buttons do, and it would have been nice to be able to remove the tracking dot that sits in the centre of the screen the whole time. In terms of plot this is vapid stuff, not helped by the poor voice acting, especially of the ghost girl. I really couldn't care less about the story shown here, and I do wish this had tried more to scare as aside from a piercing scream on the title screen, and the flock of crows rushing me there was no sense of danger at all here, not even during the boss fight.

It will be interesting to see how the additional episodes are priced, and if the cost reflects the length of these chapters. As it is if you like VR horror then you may as well give this game a go, especially seeing as it is currently on sale, just don't expect anything that is at all memorable or unique feeling.