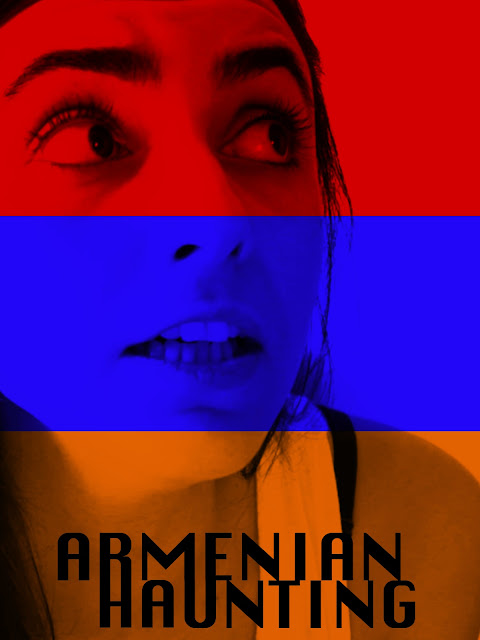 Armenian Haunting is a horror film written and directed by Art Arutyunyan (Alpha Delta Zatan) that not only is meant to be scary, but also to remind people about the Armenian genocide by the Turkish that occurred in the 20th century. On the subject of the genocide; I had no idea at all that this had even happened, in that respect this movie succeeds. Unfortunately this just doesn't really work as a horror, mainly due to budget constraints that sometimes make this come across as humorous rather than frightening.

Set in America this follows student Maro (Vaneh Assadourian) who has been doing research into her family's history, specifically the genocide that her Grandma (Tamara Grigorian) survived when she was a child. After her cousin is found dead in mysterious circumstances Maro learns that a curse was placed on her bloodline and that her and the rest of her family are in danger at the hands of an evil spirit due to a promise that was broken long ago. Now Maro must discover what exactly this broken promise involved, and how to appease the spirit that is enacting bloody justice. 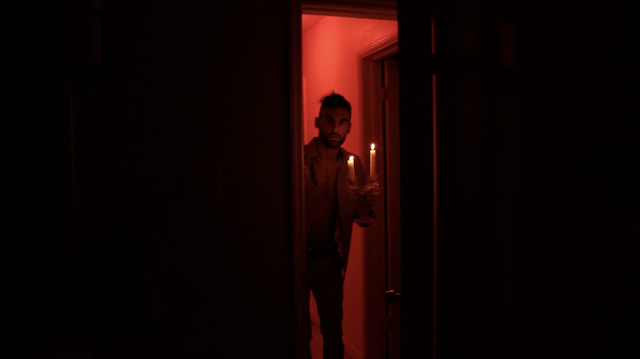 After a slightly promising prologue that has a man hearing voices, before seeing a figure that causes him to drop dead with fright things soon go downhill. This initial intro wasn't bad and in a way reminded me of The Ring. From then on though the movie mostly centres on Maro and her sloppy investigations into the family curse. A lot of this involves documentary segments of Maro filming people as they talk about history, and about events leading up to the outbreak of the curse. It became apparent that most the scenes shot outdoors were then dubbed over later on. Characters talking have an echo to them that seems unnatural and became distracting to me, not helped by sound effects that are placed in the correct places but sounded a bit generic. There is a tendency at times, especially with the Grandma character to have people facing away from the camera while lines are said, again this was a bit distracting.

There is a documentary feeling at times with black and white photos put on screen as the genocide is talked about, this did feel a little bit heavy handed at times, but I do agree with the directors beliefs that events like these shouldn't be forgotten. I just felt a low budget horror wasn't really the best way to get this knowledge across. Assadourian isn't bad as the main lead, but at times the things that happen to her felt a bit comical. The way she is constantly pretending not to film people when she blatantly is became a bit of a recurring gag, then a scene at a memorial where she is getting little pebbles thrown at her, followed by a nightmare sequence where she vomits up fake plastic bugs both came out on the funny side. Best supporting character was the psychic (Aneela Qureshi) who gave a decent enough performance, everyone else though did nothing to stick in the mind. 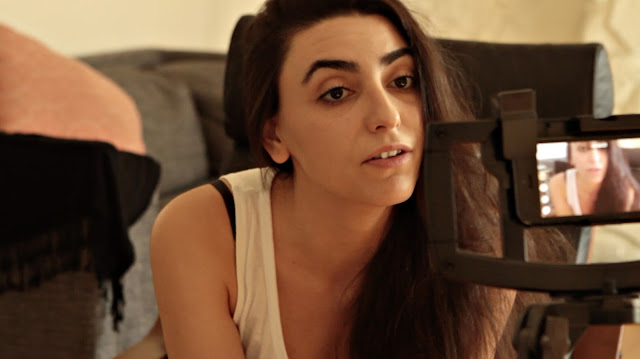 The main lack of horror applies to the evil spirit that sadly appears in the guise of a normal looking man dressed in black crawling around on all fours. I couldn't find it in myself to find this figure anything but weird. It wasn't creepy at all and looked a little bit silly unfortunately. I found the kills to be inventive but inconsistent with characters dying in a multitude of ways more in common with a slasher than a paranormal film. Not much happens really, Maro's investigation is the main meat of Armenian Haunting, and the exploration into her family's past was the most interesting element, yet there is never much of a feeling of fear for her, she never seems that bothered herself about stuff going on, she comes across as more irritated than anything. The paranormal elements are brief and show up on just a handful of occasions, and elements like recorded footage getting glitches on it seemed pointless and unrelated to the haunting aspect, in general the pacing all seemed a bit off.

While it was interesting to find out a genocide of the Armenian people occurred, as a horror this just didn't work. The low budget certainly made a big issue in terms stopping this being scary, while audio problems constantly drew me out of the film and more thinking about how it was created. Armenian Haunting is available on Prime Video to subscribers in the US, UK, and Germany with it coming to more VOD platforms either already, or in the weeks to come. This is all thanks to Reel Nightmare Films.