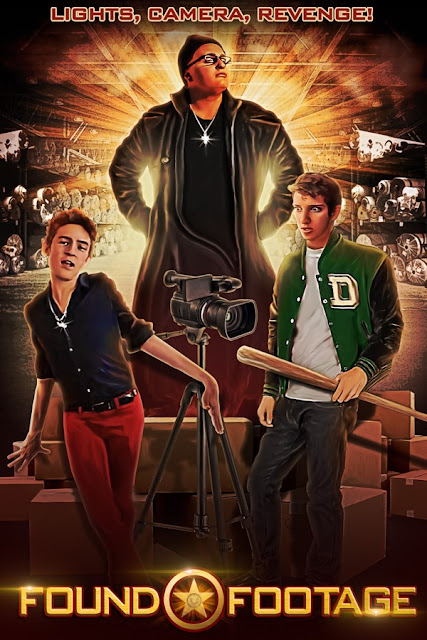 Found Footage is a comedy horror that is about as indie as these type of films come. A passion project mainly from director Drew Byerly this was filmed in 11 days and self funded, with a script written by the three leads. The indie side of things is very apparent yet there is an undeniable charm to elements of this. I'm getting sick of saying it but I am having real strife in my personal life at the moment, so anything that can take my mind off things even for a little while is worth far more to my sanity than any effects laden saturated product. It should hopefully be apparent but this falls into the found footage genre of horrors.

Misunderstood self proclaimed genius Colorado high schooler Lawrence (Jared Bess) has recently been gifted a camcorder and so he has decided to make an outlandish project. He recruits his two friends and lackies; flamboyant wimpy Jeremy (Willy J. Sasso), and athletic but dumb Tanner (director Drew Byerly) in order to make a real life Saw style horror in the form of a social experiment. He plans to trick some local bullies into going to an abandoned carpet factory where he is going to lock them in a room and force them to fight each other to the death, all the while filming it so that he can make a master art piece. The only problems being that none of the three stooges actually are bullied, the location they have chosen is due to be demolished within days, and Lawrence's plan has more holes in it than Swiss cheese... 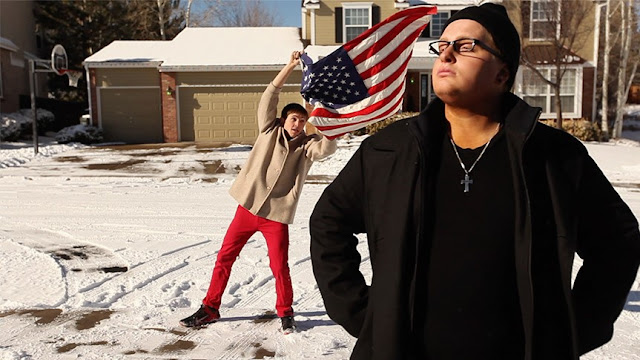 The charm with Found Footage comes from the performances of the three main leads. These are comically dense, prone to infighting and squabbling with no real idea of what they are doing. Most the film centres around these three and their rapport is made believable due to most of their lines being ad libbed. Despite being 'antagonists' they are genuinely likeable due to how pathetic and ineffective their actions are, rather than truly evil. The film is set out as if Lawrence has edited it himself and so you get stupid title cards, weird effects, character introductions, and pacing like it is a proper film, rather than a collection of footage that has been pieced together. You also get a wonderful original soundtrack (partly created by Byerly) that has amateur humming mixed into basic music to make something that delighted every time it turned up. It also starts with a notion that I always enjoy; a later event that makes it seem like something terrible has happened before a rewind to three days earlier.

This can feel a little unfocussed at times, there are entire scenes that felt unnecessary, taking the form of little skits rather than anything that ties into the overall movie. A night time scene where a character is pretending to sleep, and another where the three drink wine are prime examples. Other scenes are more funny and do tie in better, such as one where Tanner is going to dive off a diving board in order to impress some girls (before a scene cut and the reveal he didn't actually know how to swim). The humour comes not so much from jokes but more from how ill thought out Lawrence's plan is, a part where the three realise that if everyone they have captured do indeed kill each other then there will be one survivor who will likely be pretty mad at them. Humour comes from understated moments like when it is heavily insinuated Lawrence's dad is actually a serial killer but none of the three pick up on the many clues they stumble across. 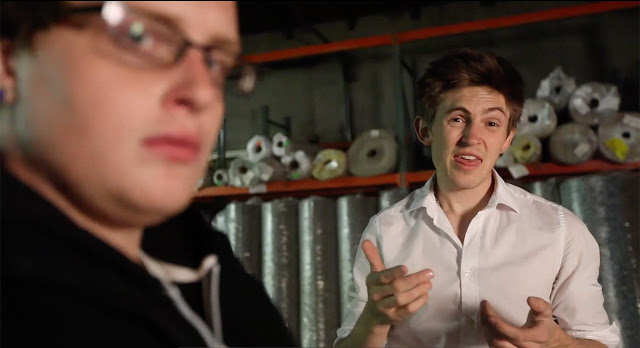 The first two thirds of Found Footage are the lead up to the kidnap with the last half hour to do with that. I had been looking forward to this bit but it turned out to be underwhelming with not much really going on at all. This does fit the whole theme of the movie though in that these are useless teens rather than criminal masterminds, and so the whole sometimes dragged out finale makes sense keeping that in mind. The budget is low but there is never a need to make it bigger, the whole concept of this being a project put together by the main lead means the low budget just makes sense.

This film gave me a little release from reality and for that I am grateful, while it stutters in places and sometimes feels a little aimless overall this really nails the benefits of the found footage genre. Found Footage re-released on July 10th on digital platforms thanks to Global Digital Releasing. Check out the trailer below.

Posted by Daniel Simmonds at 11:07