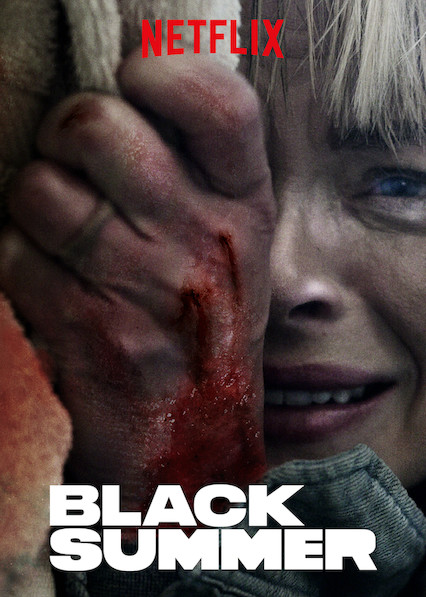 It seems lately there has been a real shift in the love affair people in general have had with the undead. First there has been no end of complaints about The Walking Dead with people saying it had gotten stale and dull. Next earlier in the year the fantastic open world survival game Days Gone released to critics apathy, and now after having finished watching the fantastic Netflix series Black Summer I was dismayed to see that the majority of the reviews were less than favourable. Once again I have to battle against the negativity and proclaim this is something that needs to be watched.

Black Summer takes place a couple of months after a global zombie outbreak and follows a series of survivors over the course of a couple of hellish days. Uninfected people had been kept within a military safe zone and are due for evacuation, the evacuation point being a football stadium in downtown. On the day this transfer is meant to happen a whole bunch of different people miss the military transports and have to band together to make the perilous journey to the stadium on foot. These include among them Rose (Jaime King - My Bloody Valentine, Sin City) who got seperated from her young daughter during the move, a criminal (Justin Chu Cary) who has taken on the identity of a soldier he killed named Spears, a young Asian woman named Sun (Christine Lee) who doesn't speak a word of English, and the cowardly Lance (Kelsey Flower). 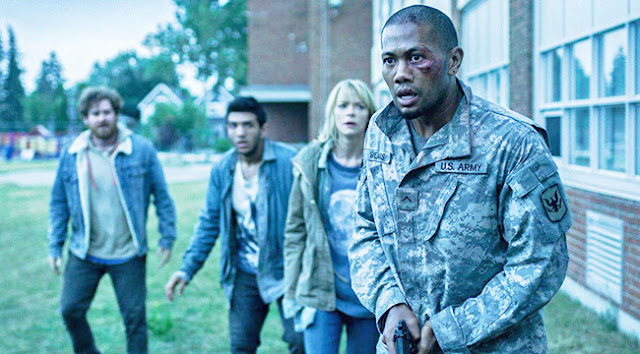 I can't remember who said this but what they said was very fitting and so I will include it here. Before watching Black Summer I read that it was basically if the first five insane minutes of the Dawn of the Dead remake had been stretched out into an entire series. This is the perfect explanation for what is going on here as from beginning to end this is near enough one intense and crazy adventure to reach the stadium. What a lot of people don't realise is that Black Summer is actually a prequel spin-off from zombie apocalypse comedy Z Nation. I'm not surprised this wasn't made more known though as the tone for this and that is like chalk and cheese. Black Summer is serious and horror filled with zero allowances for humour. Over the course of eight increasingly shorter episodes (roughly, ranging from around fifty minutes to the season finale that takes up just twenty) we follow a whole host of characters over several days. Even in such a short time frame the core group loses and gains members with no one seeming to be safe. By seasons end characters I would never expect to be killed off are so, sometimes in the most coldest of ways.

Each episode is split into chapters, each opening with a black screen and the chapter title which gives a hint as to what is to occur. These are expertly executed with such a unique and entwined way of showing the various characters. This was best exemplified in season opener 'Human Flow' in which background characters in scenes then become the main characters of their own chapters later on. Then later on in episode six 'Heist' a group of characters arrive at a location only for chaos to unfold. The chapter then replays the same span of time over and over to show what each particular character was doing during that period, and how their actions inadvertently affected others own storylines. This one was also notable for featuring barely any dialogue at all. 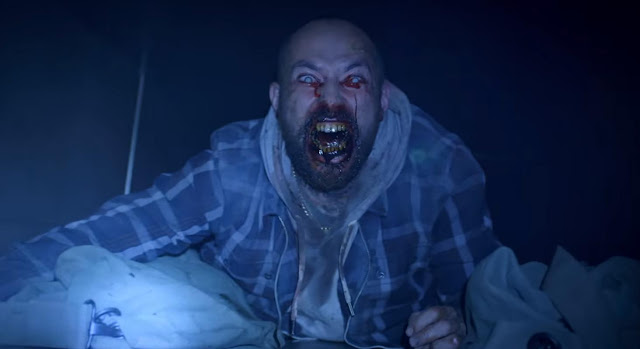 To begin with there are two plots going on with two smaller groups of characters doing their own thing. This includes the fantastic 'Drive' that is basically one long thrilling car chase, complete with zombie hangers on, and car on car fighting, as well as 'Diner' that creates a nice little slice of a typical undead siege style situation. The inventiveness and ability to surprise is what I really loved about this show. Taking one of the weakest group members and then dedicating an entire episode solely to them (fourth episode; 'Alone') was such a great idea. Spending that amount of time with one person meant going in me and my friend couldn't care less about them, yet by the finish we had a new found respect. 'Alone' really would have worked just as well as a stand alone film, it was a great piece of TV.

Zombies don't feature too heavily here, usually only a couple are ever encountered at once. Within the lore of the series this can be reasoned by it only being the start of the apocalypse in this particular corner of America, and it was far more involving than the sloth like pace Fear the Walking Dead begins as. Here people already know exactly what zombies are, yet they are still new at actually having to deal with them. As such there is a ridiculous amount of bullets wasted with head shots a rarity. That was all well and fine, after all head shots are harder to get than body shots by inexperienced shooters. What wasn't fine, and which was a real annoyance of the series was that absolutely no one ever closed doors behind them. There were no end of infuriating moments when characters being chased leave every single door open behind them, and then act surprised when the undead keep on coming. At least the undead look the part, being of the running variety and often fearsomely tenacious. There are moments of high action here, particularly in the season finale 'The Stadium' that was as crazy as I thought it might be, even if it ends on a slightly strange note. 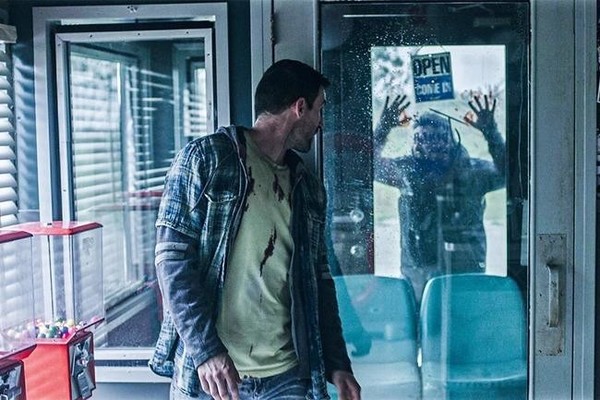 This is all filmed in a close, almost guerilla way of filmmaking with the camera often close to the characters and shaking around as if it is someone on the ground with them, rather than a passive observer. This helps you really feel part of the group and adds a lot of confusion and atmosphere to it. Going back to the characters these are all people prepared to make hard decisions, and who put their needs over the needs of others. I liked how the group dynamic just naturally progresses with what are essentially strangers forming bonds that feel organic. How they made Sun - someone who only speaks in Chinese (with no subtitles at all) such a great character is testament to both her acting ability and the writing, hell, she even gets her own monologue, where despite not understanding a single word you can just tell the intent behind them by her facial expressions. This also happens to a lesser degree with Ryan (Mustafa Alabssi) who plays a deaf character, and happens to actually be deaf in real life.

All this is to say that I was so impressed with Black Summer, I had been looking forward to seeing it but even so I was surprised with just how special this felt. There really are no end of undead shows out there, but this filled a hole I didn't even know needed filling. A chaotic rush that barrels ever onwards with inventive situations occurring time and time again, a show that I would recommend even to people who don't like zombies.