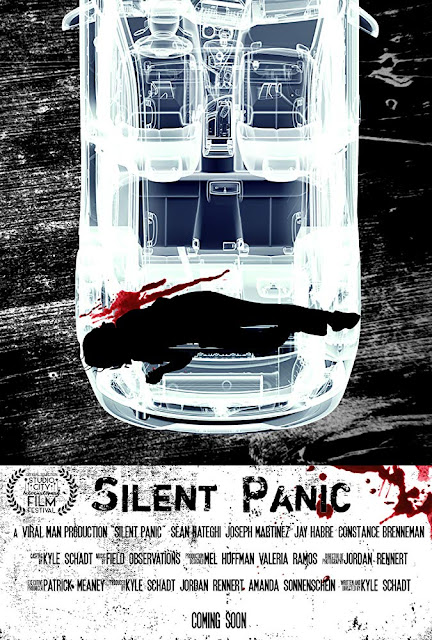 I found the idea of director and writer Kyle Schadt's (Sunland) thriller Silent Panic to be a good one. The concept is relatable in the way that it is something that in the wrong circumstances could technically happen, and so I found myself constantly not only thinking what I would have done, but also feeling the same guilt, and gut churning anxiety about the events that unfold. This was were the problem for me lay though, as what the characters do is so opposite of what I would have done myself that I just became more and more annoyed by their actions.

Eagle (Sean Nateghi), Bobby (Joseph Martinez - Mega Python vs. Gatoroid), and Dominic (Jay Habre) are three friends who have gone away on a camping trip. Upon returning to Eagle's car they are shocked to discover a corpse has been dumped in the boot. In the past Eagle spent a year in prison for a crime he didn't commit and so he is very hesitant to call the police for fear they will think he was responsible. The trio decide that at least for the moment they aren't going to tell anyone about what they have found, but soon find their communal secret tears their worlds apart. 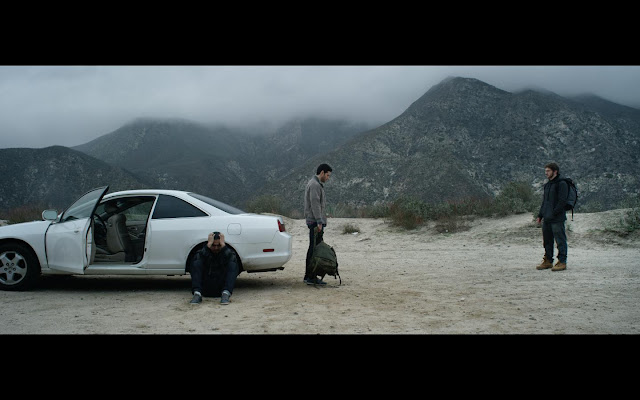 The idea of a group of friends trying to figure out what to do with a dead body isn't new (The Upper Footage comes to mind as one such example), but the fact that it is a random body, and something they themselves have had no involvement with prior to the discovery is new. While I had a lot of issues with the middle act I did think Silent Panic had both a strong start, and a strong finish to it. The fact that Eagle has no trust in the police is a good reasoning for the initial refusal to contact the authorities, yet it soon becomes a ridiculous crutch that is there just to drag along the almost farcical storyline. The whole meaty middle part of this felt like a plot from a sitcom, yet is played seriously. A prime example is when Eagle desperately cycles to the local shops, all to stop his girlfriend from opening the boot of the car to put her shopping away. Eagle becomes one of the most irritating leads in recent memory, his plan is to go into complete denial about the situation he is in. Watching his life fall apart gave me some satisfaction as he was the absolute worst. For this type of film to work you have to have some identity with the leads but his actions were so opposite of mine that I could feel myself getting annoyed.

The other two leads fare slightly better. Where Eagle is supremely annoying and unrelatable, Bobby is the middle of the spectrum. Him and Dominic at least have vaguely more of a conscience, but with him he turns to drugs, before too slowly transforming into another Eagle, going to ridiculous life ruining lengths to cover up something he has absolutely no reason to cover up. The most level headed of the three is Dominic who also provides narration during key moments. He's more of a quiet character compared to the others, though again, his complete lack of compassion for who the victim could have been makes him look a bit self involved at the very least. The side characters of the three girlfriends/ex girlfriends of the leads don't really have enough to them to make them feel like fleshed out characters, except Dominic's girlfriend who featured in some of the stronger scenes here. 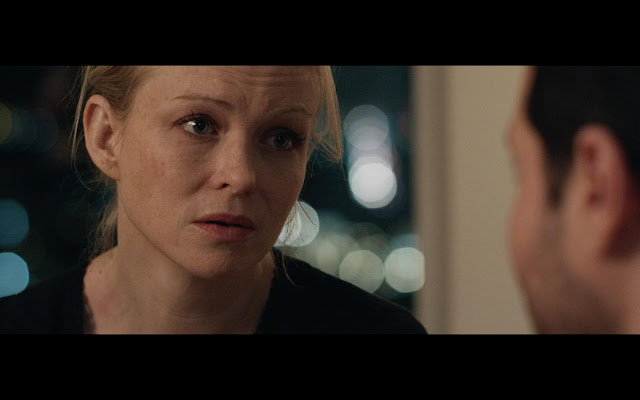 At least the soundtrack was good, stunning in fact. When it needs to be tense and urgent it is, with pounding unrelenting drums that do a great job of ramping up the hell the characters have created. But when it needs to be sad and mournful it also succeeds, working in tandem with the lonely visuals to really bring a downer on events. There is no high action here, this is drama for the most part with situations that try and pass themselves off as normal, and this low key exploration works most of the time.

Silent Panic was a film that had a nice idea to it, but which really suffered in the second act due to the silly actions and situations of the core characters. It has a good start, a decent finish, and a wonderful soundtracks but I was left a bit disappointed by the middle chunk of nonsense. Silent Panic opens on 5th July at the Arena Cinelounge in Los Angeles, with it coming to Amazon Instant Video on the same day. Additional Digital HD rollout is to follow.

Posted by Daniel Simmonds at 12:37