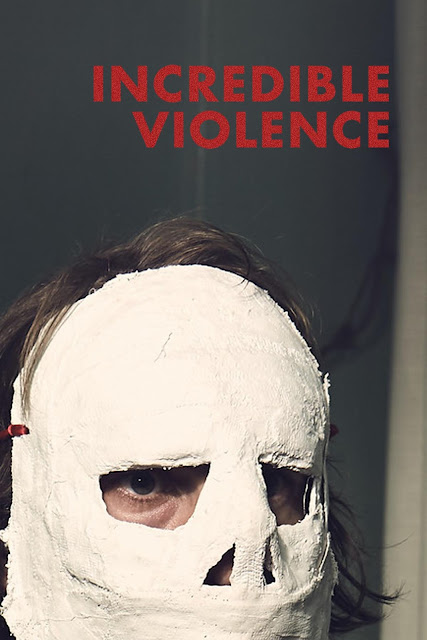 Incredible Violence is a nasty film that does indeed include a lot of what the titular description suggests. Despite being very darkly comedic this wasn't something which I found to be an easy or comfortable experience at all. It is said to be semi-autobiographical, this will be more apparent later into this review.

G. Patrick Condon (Stephen Oates - Frontier) is a filmmaker who had been given $250,000 by a shady organisation to make a movie, the only problem is that he has already spent the money, and with the deadline looming he is running out of time. Needing to create something, but with little to no budget he decides to do something extreme - to become the slasher in his own horror movie, to hire some aspiring actors (that includes among them M.J Kehler as main protagonist Grace)  and then murder them for real on camera. He rents a remote house and hires a cast, with their only instructions being that they must stay in the house for a month while filming takes place, and that they must do anything he faxes over to them to do. However this drastic course of his doesn't go exactly to plan, and the boundaries between what is real and what is staged start to blur... 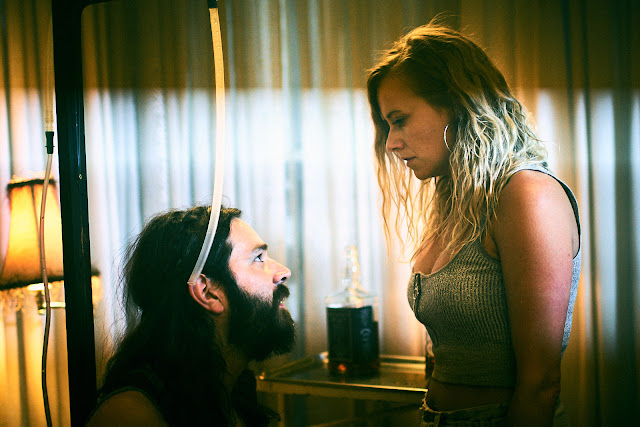 The general set-up for this, namely a remote house where people are being filmed 24/7, and secretly getting killed off reminded me heavily of the little remembered classic My Little Eye. This type of format lends itself well to meta narrative, and some breaking of the fourth wall. The semi-autobiographical nature of this can most keenly be seen in that the director within the film is actually named after the real director and writer of this. In both reality and in the film the actors have been told to stay in the house while filming was taking place, and also neither are told what scenes they are set to do, and what occurs in them until close to filming began. The first half of this is more typical than the later part. Comedy is here, but very dark, and soon disappears almost entirely. One example of this is Condon having secretly murdered his first victim to then discovers their blood is extremely difficult to clean off the floor. Eventually having done this he retreats to his bed in the attic and lays down only for his morning alarm to go off. Condon is the source of a lot of the dark humour in the mildly inept way the character carries on.

The second half of Incredible Violence goes a lot more abstract, while also following the traditional 'final girl' arc. Here things become a lot more meta with it seeming that by following this protagonist we are seeing her distorted perception of reality. It seems her character has a mental break, unable to tell fact from fiction, most notably in one scene where she stumbles into a clearing to discover a film crew all looking puzzled at her for being off set. I have read that this is seen as having a feminist message about the film industry, which can be seen in early scenes of peer pressure for a character to strip on camera, as well as the men in the movie who are all nasty and domineering. It also probes into situations that make you question just how far you would go for something you really wanted. This topic occurs in several of the more uncomfortable scenes, such as when the sole male actor Foster (Michael Worthman) is being tortured for real by one of the actresses (who has been instructed to do so), with Grace outside the room unwilling to intervene due to the directions she has been given by the director. 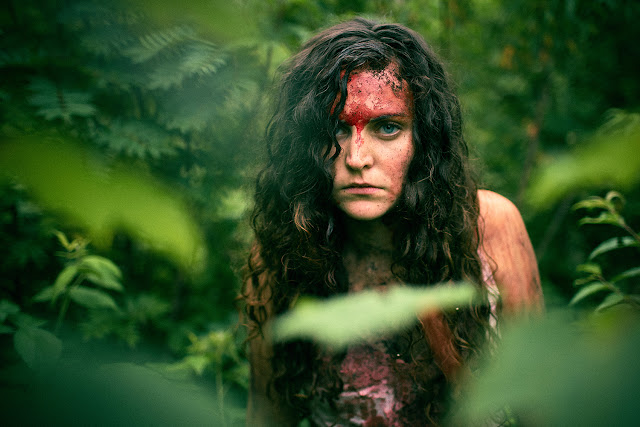 By the comedic beginning I was not expecting how nasty this would all get. As stated by the halfway mark this comedy has mostly faded away, instead we get a sometimes gruelling, blood soaked experience of people being transformed by what they have gone through. There are plenty of kills that include among them strangulation and stabbing, as well as one character who gets their head beaten-in fittingly with a large camera. Peppered throughout are unsettling low-fi video recordings of a low budget autopsy show that were creepily entertaining even if I didn't understand the role they played in the movie. Special effects aren't bad, blood sprays in particular looked good, while the soundtrack was good enough, nothing special but it fitted well.

Incredible Violence succeeds in being a horror, while not scary per se it was a sometimes uncomfortable view, with me wishing I was doing anything but watching it, but in a horror film type of way, not in a 'this is terrible' type of way. While it was interesting how the story evolved I did think the third act was perhaps a little too slow paced, and I had some questions that I never got resolution to. Still, this nasty little horror has its moments, even if the point it was making sometimes came across a little heavy handed. Incredible Violence is available now on Digital HD and Cable VOD in a number of territories worldwide.