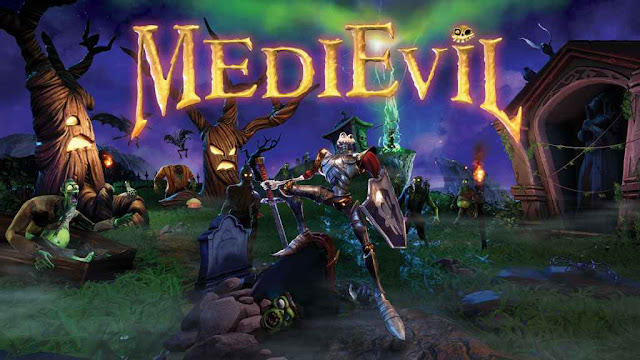 In the late 1990's a fun Tim Burton-esque horror adventure game MediEvil was released, having loved the demo of it I went and and purchased it on its day of release. Well, time is cylindrical as a few weeks back a remake of MediEvil was released on the Playstation 4, and again I purchased it on day one. When I reviewed the original game back in 2014 I pointed out quite a few issues I had encountered, but would these issues be rectified for this remake?

As I have technically already reviewed this game, albeit an older version I will concentrate here more on what is new and changed. To briefly sum up the story...evil sorcerer Zarok believed defeated by legendary knight Daniel Fortesque hundreds of years in the past has returned to wreak havoc across the kingdom of Gallowmere. Part of his plan includes bringing the dead back to life to create an undead army, however this magic also resurrects Fortesque. While Daniel was remembered as the saviour of the land when Zarok first attacked with his army, he actually fell at the very start of the battle, and so newly revived he sees this as an opportunity to finally be the hero the world thinks he already is. 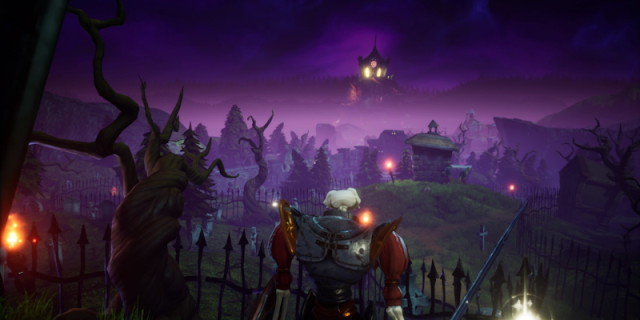 So MediEvil is a third person level based adventure game that sees you playing as Fortesque battling your way across twenty or so levels, all with a horror theme to them, and music that sounds very much like something Danny Elfman would come up with. The remake remains extremely faithful to the original, sometimes to a fault. The level layout is identical, as is the enemy placement, and bosses. This makes muscle memory soon kick in, and so I knew exactly what I should be doing. It is a shame then that along with this faithful recreation comes many of the problems I always had with the controls. Daniel is a slippery character that makes the combat often chaotic, with your character often unable to avoid attacks. There are a few platform sections that become needlessly tricky due to the slidy feel of your character, made more frustrating by the fact that you lose an entire life bar of energy should you fall into water/off a cliff. The controls have improved somewhat I noticed, the level Pools of the Ancient Dead I always approached with dread due to the narrow pathways around pools of water. This time around though it just may be the easiest level in the entire game. The camera was always terrible in the original game, and here it is improved, but that doesn't mean it is any good yet, as I found myself wrestling with it on more than one occasion. Like before it is not uncommon for the camera to get stuck on scenery and so remains a bit of a pain.

The graphics have had a decent upgrade, not anything stunning, but this time around enemies look like proper creatures, rather than blobby polygon type monstrosities. Adding to this there is a bestiary that offers mostly amusing background information for friendly characters, enemies, and bosses, all of which is voiced. Also voiced now are the information books scattered around the levels, while the original voicework for characters seems to remain intact. This all gave the world a more built up feel which I enjoyed. Also new to this version is a 'lost souls' side quest. Activated from near the final level this sees you on a wild goose chase, visiting previously completed levels in order to not only find more lost souls, but also to complete tasks for the ones you have discovered. I thought this was a pretty neat idea and certainly increased my playtime by an hour or two. 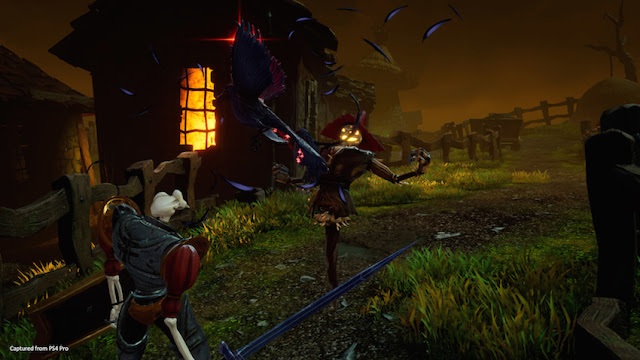 I found the game to be a bit tough to do, and it seems to have changed some gameplay elements for the worse. I seem to remember the health pools in levels originally were infinite, yet here they seem to have gone the way of MediEvil 2 and run out after filling a couple of life bars up. This led to some frustrating moments that coupled with your health not refilling in between levels meant on occasion I had to backtrack to earlier levels purely to refill my health. I don't know why this was changed as it was just irritating. Part of me wishes they had changed the levels rather than just faithfully recreate them. Some always did have great design, but a couple, like The Gallows Gauntlet, The Entrance Hall, and The Time Machine feel a little bit underwhelming in how small they are.

Despite feeling quite aged MediEvil was a game I did return to once every few years, so having a remake of it was most welcome. It retains the great visual design, and awesome soundtrack while dressing it up in a prettier package. I do wish it hadn't been quite so faithful at times, such as the loose combat, and control issues, but overall this was  something I enjoyed playing through. I just hope it does well enough for MediEvil 2 to get remade, as that was a game I never completed back in the day.