The Evil Within: The Interlude (2017) - Horror Graphic Novel Review 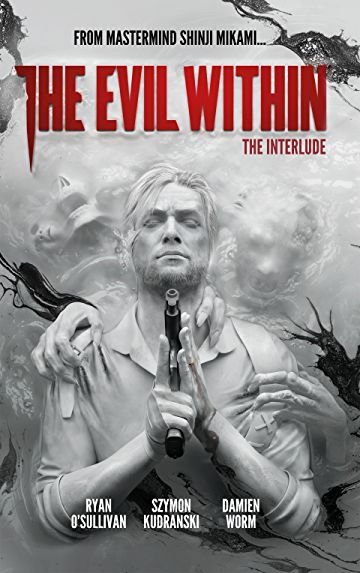 The first The Evil Within graphic novel was released to serve as a prologue to the first game in the survival horror video game series. The Evil Within: The Interlude in a similar fashion is designed to help set up the events, or at least the themes of The Evil Within 2. By using the protagonist of that series - Detective Sebastian Castellanos there isn't so much wiggle room to make something too horror orientated. Being an official graphic novel it would be strange if Sebastian got caught up in anything overtly horror based and to then make no mention of it in the second game. While the previous book combined four issues, this one combines just two, and so makes for a slimmer story.

Not long after the events of The Evil Within Sebastian is back at his job, cleared for duty despite the fantastical tale he told in his police report, stories of being trapped in someone else's mind due to a device named STEM. Him and his new partner Tobias are investigating a series of murders that have been committed by a serial killer that appears to be obsessed with nursery rhymes, however unknown to the pair this killer might actually have some connection to the mysterious organisation responsible for the creation of the STEM device. That is if any of this is actually true as Sebastian may be dreaming this happening, he may be suffering from delusions, or he may have never actually ever left the nightmare reality he got trapped in during the first game. 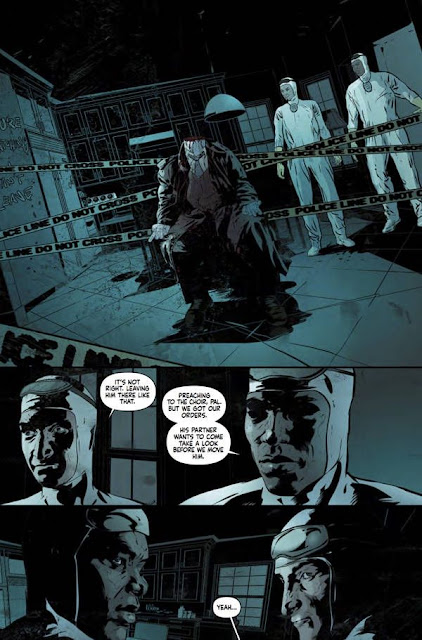 The art style for this second novel is a lot more realistic, in a stylised way, it looses the more cartoon like bright colours and goes for a more murky tone with moody visuals and dark environments. It brought to mind more the style of the Silent Hill graphic novels, though with more consistent artwork that made it easier to follow than those often confusing ones. This too is quite a confusing story due to the amount of swapping around, with Sebastian getting caught in dream sequences, only one of which features a familiar monster from the game series. I was even more confused due to the apparent rewrite of history for the protagonist. Previously his wife had gone missing, and his daughter had died in a house fire, but here suddenly Sebastian is still with his wife Myra, and instead their daughter went missing while out playing. It all makes sense by the end but it led to be having to have a quick Wikipedia read of the first games story just to make sure I had remembered it correctly.

As an in between story this at times felt kind of pointless, the set-up for The Evil Within 2 is minimal, and what happens doesn't really affect anything. As much as I enjoyed the brief read of this story, and enjoyed the jumbled up way it has of telling its story it added nothing. There are some interesting ideas for why Sebastian is seeing so much strange stuff, and I particularly liked the double page spread of him explaining to his therapist what happened to him, due to how funny it sounded. There is also some bloody scenes here that the good artwork helps display.

The Interlude was a good enough graphic novel, however it is a bit shallow and I could never shake the feeling I had that this just wasn't needed at all. Unless I'm mistaken it adds nothing to the series, and as such it just is not essential reading.