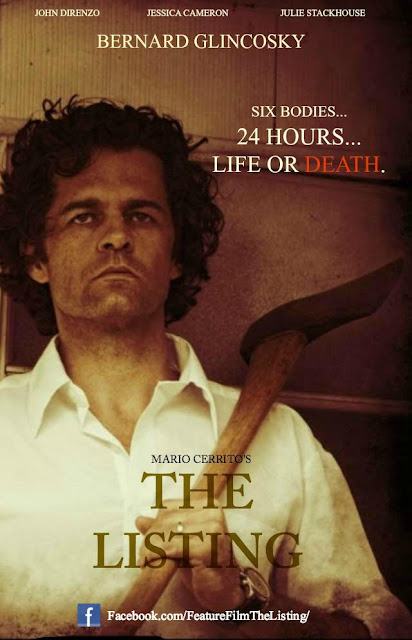 The award winning The Listing (directed and written by Mario Cerrito III - Human Hibachi) is a tense thriller about just how far a man would go to protect his son. It moves along at such a breakneck speed that there isn't a lot of time to really just sit down and appreciate how utterly demented this can be. The only way to rationalize this is that either the main character has serious underlying mental health issues, or that he is just isn't thinking.

Michael Mourer (Bernard Glincosky - What Death Leaves Behind) has it all, a beautiful wife, wonderful children, a lovely house, and in his job as a realtor he is very successful. One day however his son, Lucas (Kieran Boyle) is abducted from outside his home. Michael and his wife try to contact the police but they fail to show, and after discovering a note left on his car's windshield from the kidnappers he decides to take things into his own hands. They have given Michael twenty four hours to kill six people in exchange for the return of his son. Fail to get the bodies within the time frame, or alert the police to the kidnapping and Lucas will die. Seeing no other choice the desperate man heads out to do what is needed to get his son back. 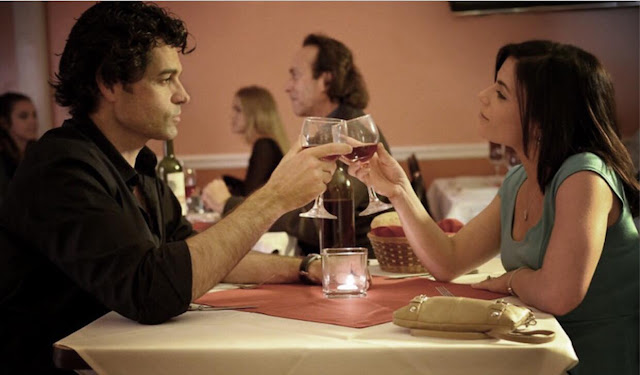 The way The Listing barrels forward means there is high tension throughout. It is only when you step back a bit you see how bananas the story actually is. Firstly this only all occurs because the police are useless and forget to send out an officer to investigate the abduction. The biggest crazy aspect is Michael himself who all too easily decides to do exactly what the kidnappers ask, and with little to no convincing, even his wife seems happy with what he needs to do. The next step of insanity is that he thinks the best way to get the bodies he needs will be to kill off all visitors to the house showing he is doing the next day, and so with twenty four hours to act he decides to leave it to within a couple of hours of the deadline before starting his slaying. This makes the film a bit more dramatic and thrilling, but it makes Michael a  protagonist whose actions I often found amusing rather than dramatic.

There is near constant music throughout The Listing, a variety of tunes that are designed to ramp up the tension when needed, and to tug at your heartstrings at other times. It blurred into one a bit for me, and sometimes I felt losing the music during some of the more impactful scenes would have worked in the movies favour. As per the title it is the open house that leads to the meat of the film here. It was darkly comedic how everyone who turns up at the house are the least perfect victims. From parents of young children, to relations of Michaels, and even a man whose daughter has literally just had a child. These are all designed to display the lengths to which the lead will go to save his son, but comes across as slightly farcical. As for the kills themselves, they all occur off screen for the most part, but I did like the set up, it made it so that even not seeing the murders they still have impact to them. Michael is so laser focussed on his job that he displays no signs of remorse or guilt for what he is doing. The supporting cast are mostly fine, and it was a delight to see Jessica Cameron (Truth or Dare) in a bit part here. 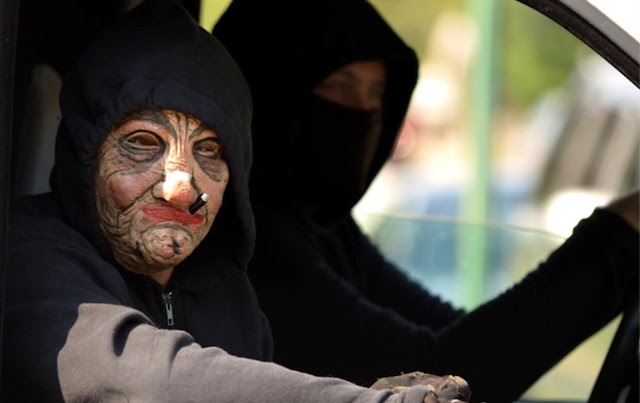 With the story you have to look past elements of it that get no resolution to them. Things such as the kidnapper having an accomplice, the police being completely incompetent, and the vast amount of incriminating evidence as to Michaels crimes all have to be forgotten about to just look at the main story beat. The protagonist is shown to be a hero, with others seemingly happy to justify the crimes he commited leading to a happy finish, that if not for the little twist at the end would have made for total tonal dissonance. One thing The Listing can't be put down for is the energetic nature of the onscreen antics, this flies along with the tension and thrills ever increasing. Parts like updates of the deadline time edited into the movie, and a prologue that is set in the future of the film were neat little touches.

With the insanity of Michael, The Listing felt like a story about what happens when a subconsciously crazy person is suddenly given an excuse to run riot. The seventy five minute run time zoomed by making for a frantic and entertaining movie. The Listing was released worldwide thanks to SGL Entertainment on November 12th.