This film is real fun. It never takes itself completely serious while being full of brain dead action.


A group of soldiers in Cambodia end up dead while on a recon mission. Only problem is they don't stay dead. A day or so after their bodies have been shipped back to America Lt Bobby Quinn wakes up. He discovers he is dead, he has enhanced senses, and he has super strength and amazing healing abilities. His fellow soldiers who died also have come back to life, the only problem is, they are the more traditional zombie type; eating people who in turn become zombies. The bodies of the returned soldiers have seemingly been sent all over America, so Quinn decides his mission is to track down all the bodies and destroy them before zombie apocalypse occurs. Along the way he teams up with the usual wise cracking wimpy sidekick who is always found in these films, and also joined by a geek girl, of course his love interest. 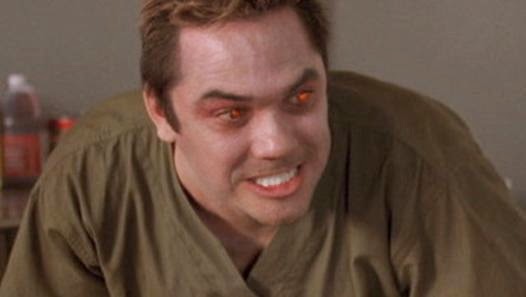 The writer of this film was obviously a huge film fan. There are so many references to other films, that at times it seems forced. Discussions on who the best James Bond is, which of the Dawn of the Dead films was the best, videogame talk, comic book talks. So a lot of screen time dedicated to pointless student style talks. In one scene the characters are at a morgue. The wise cracking sidekick looks at a table which has a big metallic sphere on it; a reference to Phantasm (which is set in a mortuary), excellent.


The film goes along at quite a fast pace, the plot is riddled with holes, but it is good old fashioned dumb fun, and the zombies are plenty. A zombie gets pinned to a door by a pair of deer antlers - a first for zombie films I think! A fun film, just don't expect Shakespeare.