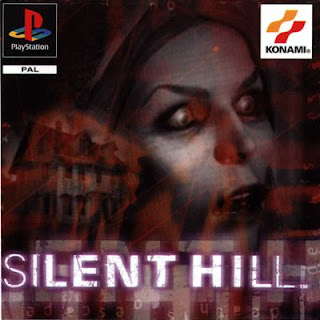 You know, I can't actually recall if I have already wrote about this game, or indeed the series, but what the hell, it's my fave survivor horror series, so here it is again.

While there have been some dubious entries in the Resident Evil series, the Silent Hill series has never been over-saturated (and has also resulted in quite a few ace Graphic Novels). There has been the weird Japanese Silent Hill Novel game on the GBA, and there is a remake of Silent Hill 1 being made for the Nintendo Wii, but other than that the series has remained quite pure and un-diluted...ok so there was the Silent Hill Light Gun Arcade game as well (that was quite fun though!). Ahem, anyway I digress... 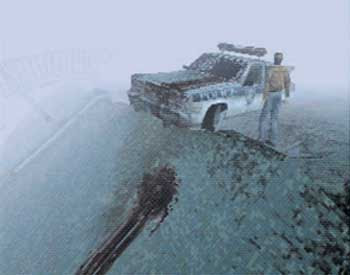 Silent Hill was originally released for Playstation back in the late 90's. Many expected it to be a clone of the successful Resident Evil, but instead it carved it's own niche by focusing on psychological horror, rather than jump scares. The game put you in control of Harry Mason, a man desperately searching for his daughter in the foggy ghost town of Silent Hill. Along the way he discovers the twisted secrets of the towns past.

The game is terrifying in a way no survival horror had been up to that point. There was a great feeling of unease throughout the whole game. The limited view, the static of Harry's radio as enemies approached, the random screams and noises in the background, haunting music, and sheer impending dread resulted in a smorshborg of horror. 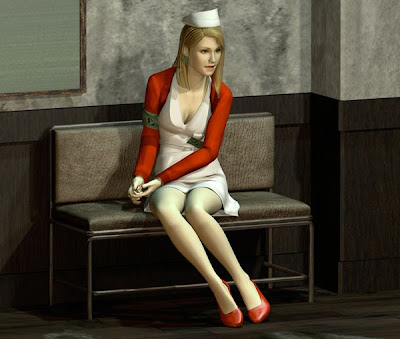 The game world is split into 2 layers. Foggy Silent Hill, then the awful steel meshed totally FUBAR distorted Silent Hill. This transforms the already creepy town into an utter terror ride. By the time you return to the foggy version of the town it feels quite like Heaven, and never feels as creepy as it once was, this a feeling which sadly has never been successfully replicated in its better looking sequels.

I have felt absolute terror in just two games. Project Zero is terrifying (play it! Least the first one, as the others are not so good!) The other really scary game I have played is Silent Hill. I still remember the fear I had with this. I still lived with my parents at the time. They had gone away for the weekend, so I had moved my Playstation downstairs to the big family TV rather than the titchy one I had in my bedroom. It was about 1am, I had the volume turned up really loud, and all the lights off. I had gotten to a Hospital in the game in the foggy version of the town. I had explored the Hospital all I could. Returning to an elevator, I noticed there was an additional button which had not been there previously. I pressed it. Upon exciting to this new floor I despaired to discover I was now in the dark nightmare version of the town rather than the relatively safe foggy Silent Hill. Then I was assaulted by zombie Nurses...I had to turn the frickin' game off! I just couldn't handle it, I was utterly terrified! I won't forget that ever. 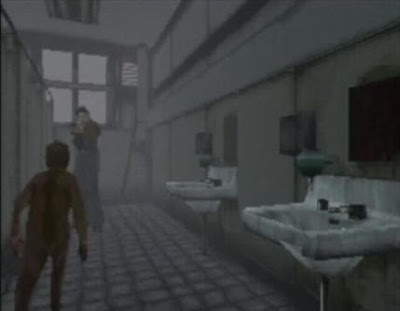 The plot is really complicated, and there are lots of alternate endings, the game is really scary, I cannot recommend it enough. I highly doubt the Wii remake (Wii-make?) will be half as good or atmospheric. On a side note the demo had you fighting child monsters in a School. By the time the game got released these had sadly been changed into much more monstrous looking beings.

Posted by Daniel Simmonds at 08:20