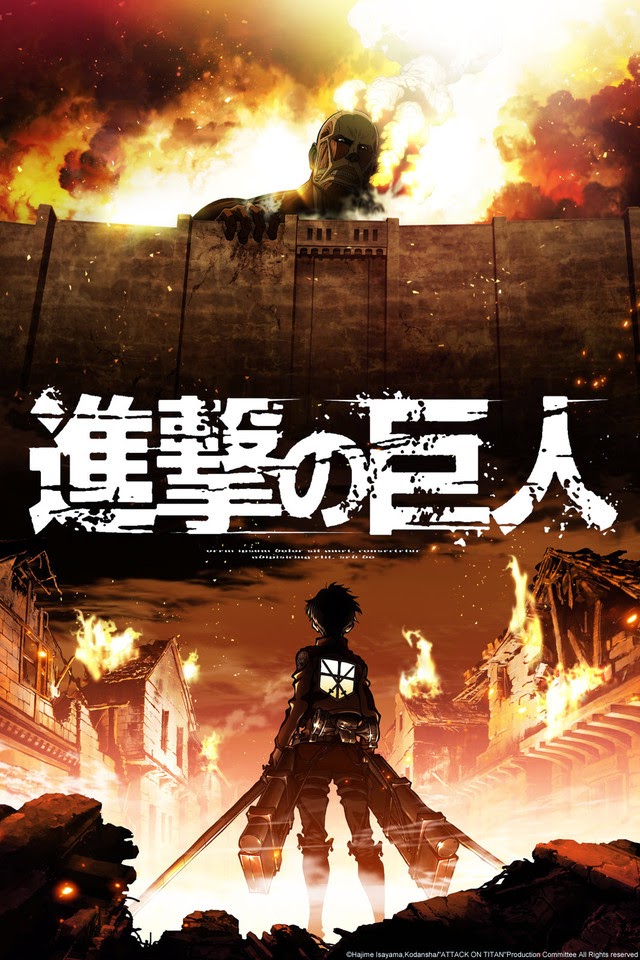 Last year the Attack on Titan anime exploded becoming seemingly a global phenomenon over night. I was late to the party, but with my best friend raving about it, as well as most the podcasts I listen to shouting about it I just had to give it a go. There will be spoilers ahead, I can't avoid them but will try and keep them to a minimum.

The show takes place in a world where in the past humanity was nearly driven to extinction with the arrival of Titans; giant humanoid creatures who seem to exist solely to eat people. Now what is left of the human race live behind 3 gigantic circular walls that stop the Titans from being able to get in. Eren Yeager lives just within the first wall with his parents and intensely loyal friend Mikasa, one day a 60 foot Titan named the Colossus Titan appears and breaches the wall allowing Titan hordes to enter and ravage the town. In the chaos Eren's mother is killed but him and his sister manage to escape with Eren vowing to destroy all the monsters. 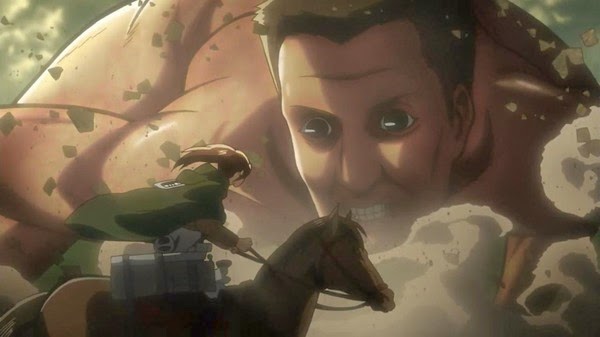 Over 25 episodes (26 including the recap one. I really don't know why anime shows seem to adore doing these completely pointless recap episodes) a hell of a lot happens. The first half charts Eren's life as he trains to be in the military, the second half (complete with new intro and outro credits) has Eren and friends now part of the Recon Corps. A lot of the episodes are action based and one battle, or mission can last multiple shows, and at around 24 minutes each that leads to some epic fights.

Now the Titan's may be fearsome opponents but there look is one of grotesque appearance than intelligent. They are sexless, have a wrong look about them and can only be destroyed via the back of their neck being slashed open. The human army are armed with something called 3D manoeuvre gear which is kinda like a jet pack complete with wires that lets the user zoom around in the air like a fly. Even with these devices the military is a high risk occupation with everyone terrified of the giant beings. 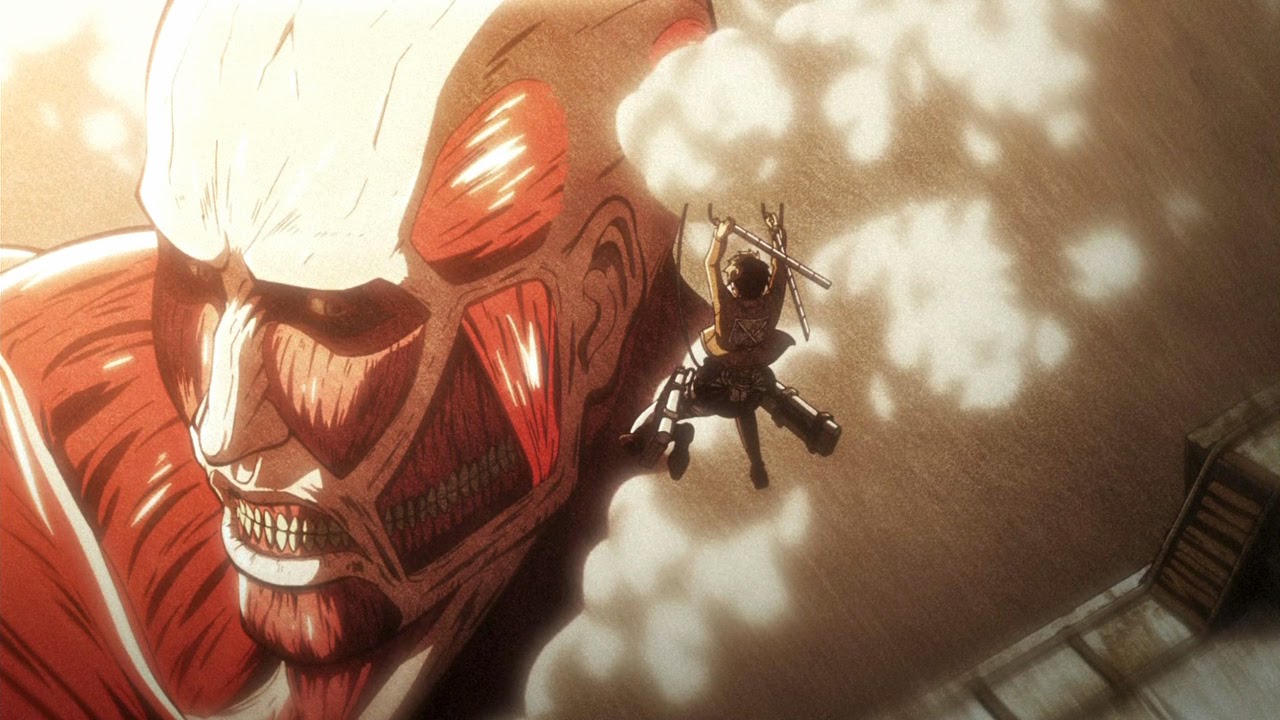 Truth be told I am in the depths of a cold/flu thing and am not liking how this has led me to neglect my blog, one post a week is not what I want! So I am hammering this review out knowing full well I just am no good at reviewing certain things. I really enjoyed Attack on Titan but some things did urk on me. Midway though the show things become quite stale for a few episodes with not much at all happening. The plot is great and there are lots of cool twists and turns but it ends with there being more questions than answers, I would have preferred that at least some of the mystery was explained, any of it at all in fact.

If you even have just a passing interest in anime then you must check out Attack on Titan, a hell of a show and one that feels so fresh and looks and sounds so good.