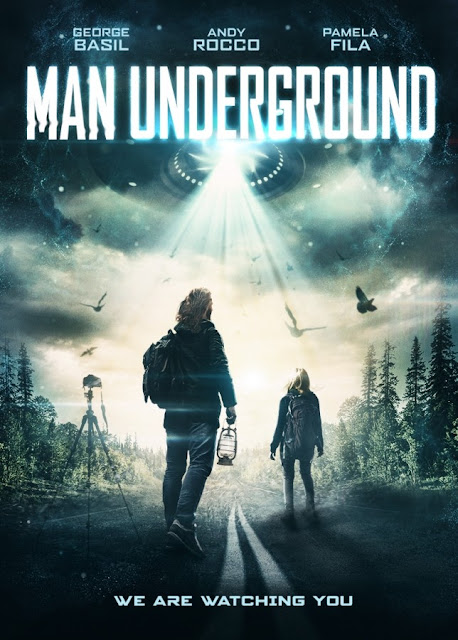 Man Underground is a strange film to pin down, at its heart it is a drama with some mild sci-fi elements to it. It is more a look at a group of three isolated loners brought together to achieve a goal of making a film. There is barely any horror here to speak of, and yet there are elements if you look for them, and with the sci-fi element never verified as real or fake there is scope for this to belong.

George Basil stars as conspiracy theorist Willem Koda who after an alleged encounter with aliens while working as a geologist for the US government is obsessed with getting the truth out there. He decides to make a film of his life in order to spread the truth and in doing so teams up with his geeky best friend Todd (Andy Rocco), and hires an aspiring actress working at a diner (Flossie played by Pamela Fila). As the three make this very amateur movie they start to form a bond of sorts but Willem's abrasive personality soon starts to cause rifts. 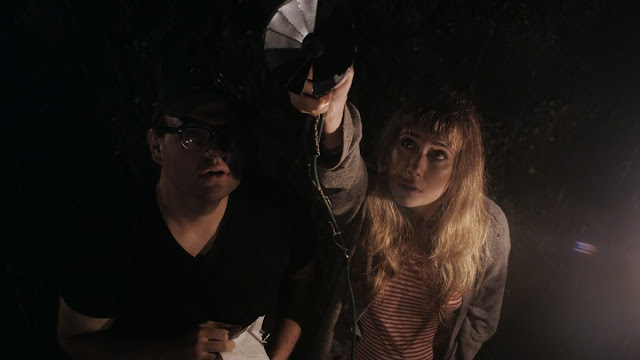 In some ways this film reminded me a lot of Garden State, but with older characters who nonetheless haven't found their places in life. Willem's beliefs have isolated him from nearly all around him, his wife left him in the past, while the public talks he gives get barely any attendees. Todd has resigned himself to a life of no friends or romance of any type, while Flossie is stuck in a relationship with a self obsessed jerk (Francis played by Felix Hagen). The character of Willem is very strange with it often being hard to tell what he is going to do next. This isn't strange in a Jim Carrey way, instead he comes across as more aloof and rude, so caught up in his own beliefs that he rarely pays attention or considers the feelings of others.

A lot of the heart of the movie comes from the film the three are making. Aside from the very wooden acting and the number of cast numbering three meaning various roles are played by two of the trio the film isn't even shot well. At several points we see the footage being filmed by Todd and it is full of shaky cam and awful tracking and so it was endearing to see how the three thought they were creating something good. What was fascinating was how Willem's back story was mostly shown just via these scenes, the acting might be awful but it is shedding genuine light on what happened to him, and the break down of his marriage that seem to bring it back to Willem in a deep way. It is up to an awkward dinner party scene where he tells a group of Francis's friends what happened to him where the first aspect of the horror he may have endured appears. This makes a later recreation as part of the movie all the more pathetic but the viewer sides with the three due to Francis being there to mock their work. 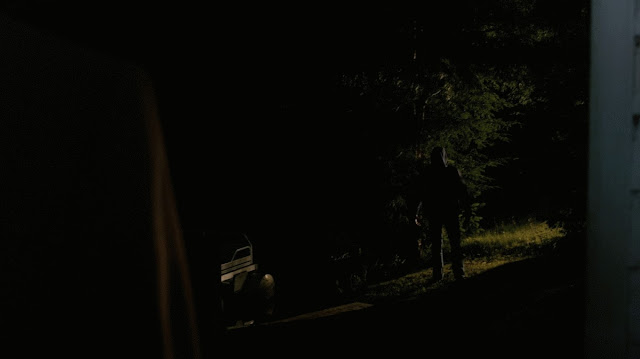 Man Underground never explicitly states if the stuff about aliens actually happened or not, it stays deliberately vague. Willem encounters strange voices coming out his radio, and a mysterious figure at his house yet this could be just as easily explained as his obsession causing him to see and hear things that are not there. Flossie and even Todd don't believe what he does, yet there is also evidence to back up his claims such as the mysterious burns Willem has all done his side, and the fact that the strange voices come out the radio when he is not around (though don't get heard). It leads up to a bittersweet ending where regardless of if he was correct or not his was a life that impacted others changing both the paths of the other two.

I really enjoyed the way the story was explained via a film within a film and I also loved the main trio as all three actors were well suited for their roles. This very much a drama though and so don't come to this expecting anything more or you may be disappointed. Man Underground opens in several theatres starting July 14th, August 15th it comes to VOD and DVD thanks to Indican Films. Check out the trailer below which amusingly seems to be more footage from the film within a film than anything else and so gives a false impression. Worryingly a lot of the promotional material including the film's poster seem to be suggesting the movie is something it is not.