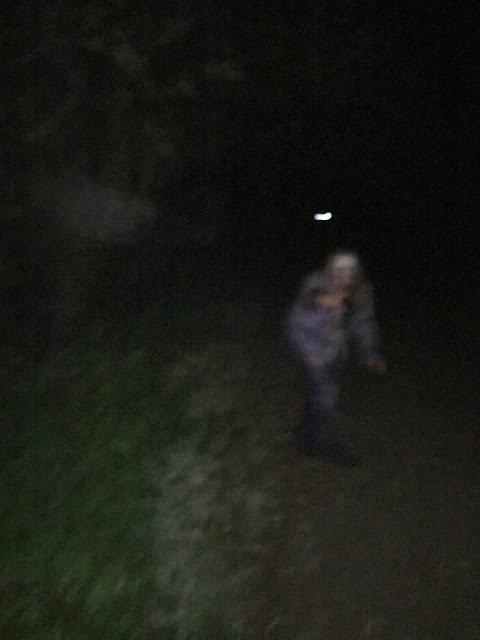 It is close to Halloween but I'm really not feeling it this year for some reason. I should be, there has been a sharp rise in horrors at the cinema this month, while Z Nation season 4 is going strong, there was a triumphant return of The Walking Dead last week, and the much awaited season 2 of Stranger Things is out. I have two weeks off work in a few weeks so I hope that restores my mojo. I have an eclectic selection of news I am going to put up today, so excuse the lack of any sort of theme here.

First up some food news. Tabanero Hot Sauce have released a limited edition selection of The Walking Dead themed hot sauces. These include original, extra hot, Agave sweet and spicy, as well as a 'bloodiest mary mix'. As far as I can tell this is all just regular sauces but with The Walking Dead packaging. Worryingly Tabanero say these sauces can cure infection from zombie bites, all well and fun saying that now but come undead apocalypse there may be some unhappy customers! Still I guess they will be too busy eating brains to worry about lodging a complaint, and the bottles do look cool with a different zombie on each of the different flavour bottles.

UK thriller B&B has recently been released in the UK, US, and Canada. This award winning film is about a gay couple who get more than they bargained for when they decide to stay at a homophobic man's bed and breakfast. I said of B&B when I reviewed it back in May: 'I found it to be an interesting film, and an entertaining one, it helped that there was no bad acting'.
A collectors edition DVD box set of digitally remastered Traces of Death has been released thanks to Brain Damage Films. This box set contains all five volumes and purports to all be footage of real life death and gore. Really not my thing but I'm sure there are people out there that would love this.
The trailer for new horror show Bible Black has been released, the show promises to be a 'thrilling new hybrid of literature and animation' and aims to follow in the footsteps of Amazing Stories and The Twilight Zone. Episode 1 is now available on Amazon Video.

Released on 20th October was Celldweller's latest single Electric Eye (Zardonic Remix). This drum and bass remix is heavy in sound and quite energetic, it marks Zardonic's 6th remix appearance for record label FiXT. More music news and One Last Shot have released a music video for their song Slitting My Throat On My Own. The video has the band exploring a haunted house attraction, but as they make their way through it band members start to vanish one by one until it is just vocalist Jeremy Romance left. Romance said of the video "We also wanted to just have fun with this video and not be as serious as usual because Halloween is one of our favourite seasons".

A Shudder reminder next; Shudder is the Netflix of horror and features a multitude of horror films for your viewing pleasure. For the Halloween period there are going to be a fair few releases for the service, this includes Shudder exclusive Can't Take It Back (urban legend mixed with social media), Amer (Belgian-French giallo), I Sell the Dead (period horror comedy about two grave robbers), Found Footage 3D (filmmakers creating a found footage unwittingly find themselves in their own real life found footage) and UK Shudder exclusive The Girl in the Photograph (two psychopaths target a group of models at a secluded house). More excitingly the awesome horror show Masters of Horror arrived 23rd october, I adore this show, owning it all on DVD. Each of the hour long episodes is directed by a different legendary horror director that include Dario Argento, John Carpenter, Tobe Hooper, John Landis and many more. If you haven't seen that show you need to! Upcoming for November is Wolf Creek: The Series (Shudder exclusive), Another Evil, Sam Was Here, and a few other older horrors including the Basket Case trilogy. Shudder is available in the US, Canada, UK, and Ireland on a variety of formats include the web, iOS, Android, Apple TV and X-Box One, and costs (at least in the UK) £4.99 per month, or £47.88 annually. I subscribe to the service and while I don't use it too much it is a great resource to have access to.

Mad Sin Cinema is in production of several provocative and experimental films by Shane Ryan that feature 16 year old gender-fluid actor Lilith Singson in the lead for several of them. These include Red Oedipal (a bloody and twisted romance) and Half-Breed (a transgender fantasy/horror tale). Red Oedipal is currently filming, while Half-Breed is in production. If you want to donate towards the completion of either of these films then head to the gofundme page (here).
I am at the end of my news splurge with a new trailer for psychological horror Blood Runs Thick which is about a woman who starts to hallucinate after her husband goes missing. The film gets it's red carpet premiere in Beverly Hills on October 31st.