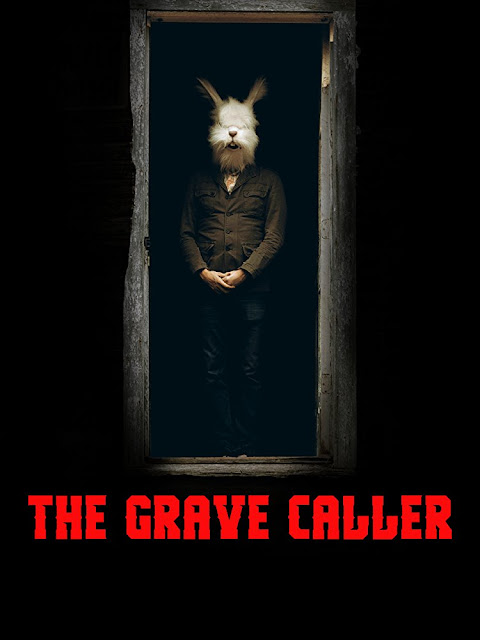 The Grave Caller is a horror that does something a little bit different to the norm and is mostly all the better for it. This is made up of two separate stories that take place in the same location, but 30 years apart with two generations of the same cursed family. While this is not without its faults I found myself really enjoying this, enjoying it despite the issues I tried my best to look past.

Author Sam Talbot (Nathaniel Grauwelman - Abraham Lincoln vs. Zombies) has travelled to West Virginia with his wife Veronica (Vanessa Cuccia) to stay at the small family cabin that once belonged to his uncle. Sam has a theory that his family is cursed due to the dark events surrounding his uncle 30 years previously. In the eighties recovering alcoholic Samuel Talbot (Jacob Crickenberger) gets caught up in a traumatic series of misfortunes that leads to both his and his estranged wife Claire's deaths. 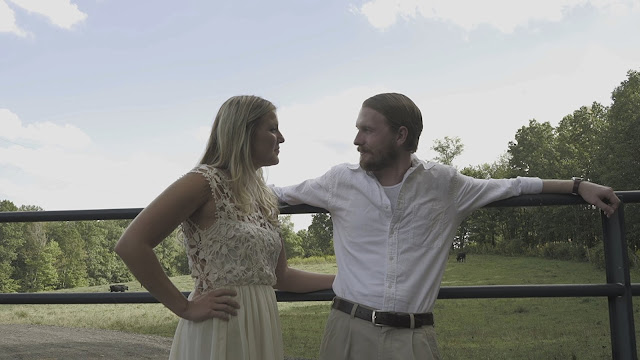 I loved the concept of this being made up of two nearly separate stories both staring very flawed protagonists of the same family, separated by time. For one thing it means the same location can be used to tell two different stories, but it was also interesting in that you know the story set in the past has an unhappy outcome, Sam knows his uncle and his wife end up dead and so it becomes a puzzle to see how this all panned out. So let's start with the past half of The Grave Caller.

The actual horror takes almost half the film to make an appearance, it took so long to get onto this aspect that I did wonder if I had accidentally agreed to review another film that wasn't from my most beloved genre. Despite a lack of thrills in this first half it was still a great little story. The set-up for the characters of Samuel and Claire was developed well, and the way the whole story was shown helped with this. It starts with a flash forward to a future event, then works its way towards that. Samuel is shown to have a very bad temper that causes him to lose control, his actions throughout this are rarely justified with him even treating helpful characters abominably. So the character kind of has misfortune coming to him, but on the other hand you can see the anguish he is dealing with. I think the reason I much preferred this part of the film is down to Crickenberger, he was by far the most talented actor in the movie and so I loved every scene he appeared in.  The Grave Caller is quite a mournful movie, the simple, yet effective piano led score exemplifies this feeling of sadness, of loss, and of bitter sweet torment the leads face. It might sound a bit too basic and 'made for TV' at times but the music adds so much to each and every scene it is used in. I found this part of the film to be the most engaging, and it gets more screen time which is a good thing. 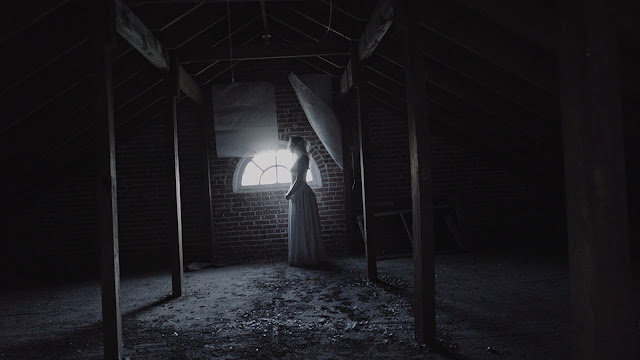 One of the issues I had was that the film as a whole feels timeless. It was only after a newspaper turns up dated 1986 that I knew for sure it was the eighties the past segment was set in. Samuel dresses like a man out of the 1950's, there is no sign of technology aside from cars and lights, and Claire looks like someone from modern day with a normal haircut and clothes not indicating the setting. If it was intended for this segment to feel like the decade it was meant to be then it failed. This part is also where the most horror comes in, especially with a memorable sequence featuring a man wearing a giant rabbit head. I didn't like the fast forward effects used for the rabbit man though, it made him look almost comedic rather than the creepiness he initially alludes. The make-up effects here are all satisfying, especially for Claire, however there is some fire CGI that looks very average.

The part of the movie set in present day is less entertaining, I think this is down to the character of Sam. Where Samuel was shown to have a bad temper Sam is instead shown to be self obsessed and neglectful of his wife. This was a quality harder to forgive, and to be fair this does get brought up in a sad memory Sam relives when things for him head bleak also. The scene where the nightmare situation unfolds was really well directed, and it was something that took me by surprise, however due to this story not being as well developed it didn't feel as explained, from the mini twist onwards I was a bit lost. It would have been nice for the two tales to be more connected also, the only connection until near the end is a diary Sam finds written by his uncle, yet what actually occurs in the past segment couldn't have been written down in the journal. There is a soft hint of the supernatural but it is mostly subtle and I wish more time had been dedicated to this as it could have made the film make more sense. You do get a character who shows up in both tales, but this person was under utilised and so while it was an interesting idea it didn't get developed as much as I would have liked, also this key character didn't seem to be well cast, she gave an exaggerated performance when I felt a more low key delivery would have been much better. 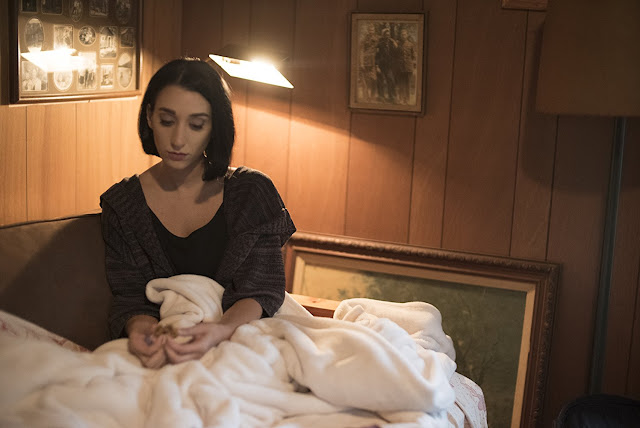 The Grave Caller is a movie about regret, of living with your demons, and of being denied the chance to settle the wrongs that your own nature have caused. It was effective in having an ever present tinge of sadness, but some key plot points felt under developed. Director and writer Joseph Anderson (who also has a memorable side part as a Reverend) creates a film that is mainly low on excitement, but which manages to tell a story that falls on the mature side without ever becoming boring. A good film that is only denied greatness by a few issues.

I enjoyed the thoughtful review. Makes me intrigued enough to want to see this one.