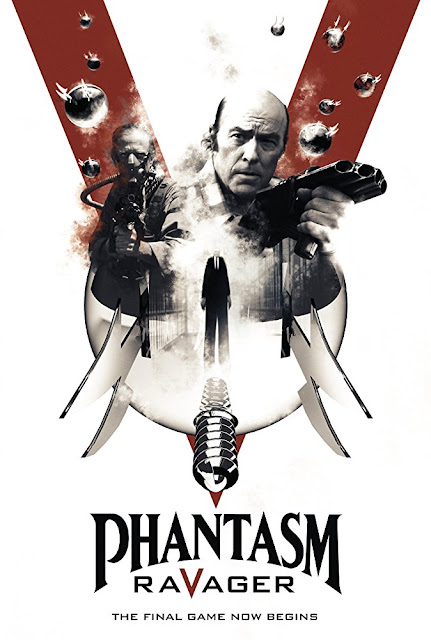 Finally I have gotten to see the fifth and final film in the Phantasm series. It has been a crazy few days with me watching the entire run one after the other. Phantasm: Ravager had a bit of a troubled history, it is a fair complaint that this feels a bit confusing made up as it is of several short stories originally made as a web series, as well as the abandoned idea for a fifth film that was come up with in the late 90's. Whether this succeeds or not is down to how much you like Phantasm, for me I was able to look past its faults and just enjoy a more fitting end than Phantasm IV: Oblivion achieved. For the first time this wasn't directed by Don Coscarelli, instead this was done by David Hartman (Godzilla: The Series) with him co-writing this with Coscarelli.

The structure of this film is such that it is hard to really give a general outline of the plot, with the story going across dimensions to alternate timelines.  Reggie (Reggie Bannister) wanders the desert after the events of Oblivion, searching for his friend Mike (A. Michael Baldwin) while pursued by The Tall Man's (Angus Scrimm in his final film before his sad passing) deadly spheres.
Elsewhere an elderly Reggie resides in a nursing home where he is informed by an older Mike that his wild stories of alien undertakers and armies of zombie dwarfs are a product of early onset dementia.
In other places Reggie awakens out of a ten year induced coma to discover the world has been taken over by The Tall Man, the survivors led by Mike leads guerrilla operations to try and defeat the almighty alien forces in the post apocalyptic wastelands. 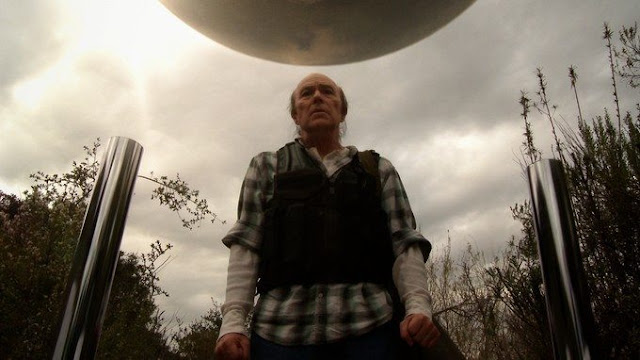 This is the most confusing film so far but this is very purposeful with the alternate timeline angle making the viewer never quite sure exactly what is real and what is not. The way it is edited I appreciated as the transition between different realities is nicely handled. Characters will walk around a corner to then have the scene transition somewhere else entirely, Reggie the only one realising things have altered. For instance he will be outside a nursing home being approached by nurses, then suddenly he is in the hell of the post apocalypse and instead has gasmask wearing zombie henchmen approaching him. The way these transitions occur lead to you constantly questioning just what is real and what is not, this even goes as far as to have two different endings melded together so even when it finishes it is left somewhat up to your imagination what the entire series had been about.

This may have had a troubled production but this is a love letter to the series reuniting as it does so many past cast members. As well as the characters of Mike, Reggie, and The Tall Man you also have Bill Thornbury reprising his role as Jody (though here he is back a human, no explanation for why he is no longer a friendly sphere!). Gloria Lynne Henry is back as Rocky (last seen in Phantasm III: Lord of the Dead), and even Kathy Lester returns as the Lady in Lavender (last seen as this character in the original Phantasm). New characters don't really have much to them, by this point it is hard to care about additions, though having a little person in the cast (I honestly don't know the PC term nowadays, no offence meant if that term is incorrect) leads up to a predictable plot moment, but one that is fresh for the series, and he was funny in his own right. It has been great seeing these actors age over the series, some more so than others, Reggie for instance is pretty much ageless, while others have obvious signs of ageing. This was Scrimm's last role and he was quite elderly by now but his character never required a lot of physical action in the first place and so The Tall Man still works, his facial expressions are as great as they always were. He also gets the most dialogue I think he has ever had, though with the grand scope of the apocalypse his plans are still a bit incohesive. 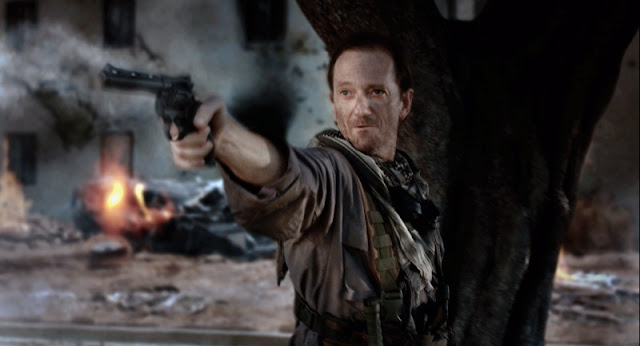 It is the modern age and so a lot of the practical special effects are now replaced with CGI, it kind of sucks in many places with it looking super fake. Seeing a sphere kill a horse was a neat idea but the fake digital looking blood spraying everywhere wasn't so great. Spheres are now mostly CGI which gives them a lot of manoeuvrability they didn't have before but reducing the charm of them. The post apocalyptic wasteland is the most CGI heavy of the parts. There is a great first person flyby down an action packed street, skyscraper sized orbs fly over head blasting the ground, bloody battles between zombies and soldiers take place, and this all occurs in a single sweep. The effects might look a bit poor but I loved this sequence in particular. Seeing the army trying to take out the giant orbs, footage of the Tall Man's virus sweeping the globe it adds so much that could not have been achieved in the original story for the fifth feature film. Also having CGI helps make gun battles flow far quicker, I can almost forgive the fakeness of this when faster battles take place.

Phantasm: Ravager would be a pretty terrible movie if it had been a stand alone. The acting can be a bit bland at times, the structure of the story can be a bit off putting, while the special effects are mostly average at best. However as the final film in this grand series it is a fitting end, it carries the vibe, has some exciting moments for fans, and seeing these actors reprising their roles for one last hurrah can't help but put a smile on my face, there are not many franchises where the exact same actors stay in for the duration. It is hard to be too down on this when by all means it should never have been able to happen in the first place.

Posted by Daniel Simmonds at 09:55