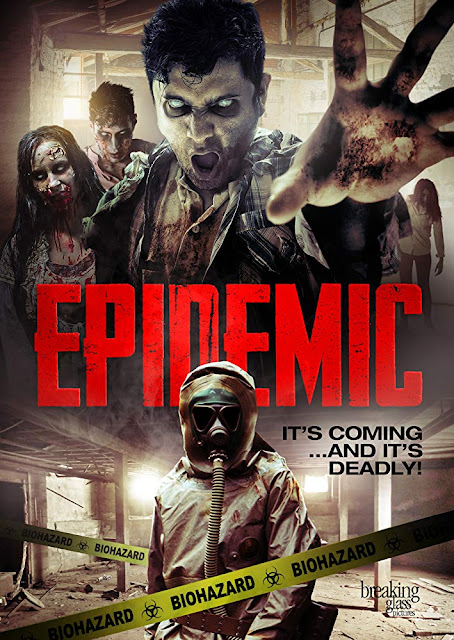 Whenever I get a film about some sort of viral outbreak I can't help but wish there will be zombies of some sort. Well with Stephen Michael Giglio's indie horror film Epidemic (that was entirely shot in Philadelphia) I kind of got my wish, though not in the traditional sense you might be expecting.

It is Dana's (Amanda K. Morales) 30th birthday and on the advice of her boyfriend Mike (Joe Walz) she has invited her estranged father Rufus (Andrew Hunsicker) to the birthday party she is holding. She hasn't seen him in years due to some past falling out. Also invited is her stoner neighbour, as well as Mike's best friend Troy and his girlfriend Mandi. Shortly before going there however Mandi discovers a secret room in her new house, while exploring she accidentally smashes a vial whose contents quickly infect her with a lethal virus that causes hallucinations, and eventually violent death. Unknowingly highly contagious she arrives at the doomed party... 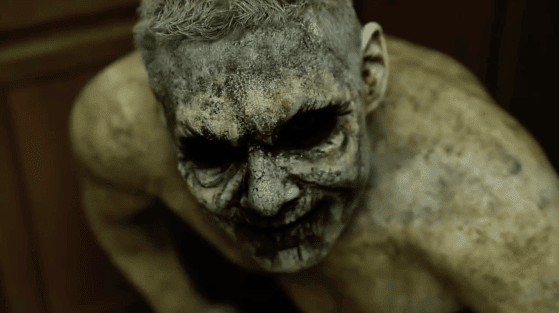 I did enjoy Epidemic, it was a decent enough little horror even if I did have some issues with parts of it. I think my main problem was that I didn't like any of the characters, they all seemed mean and so I couldn't root for anyone, or for that matter care about anyone's fates. Dana comes across as moody, her alcoholic father is a plain angry man, even side characters like a motel owner just seem unnecessarily grumpy. I guess picking a favourite it would be Dana's neighbour due to a comedic scene involving a big cake he brings to the party.

So I mentioned that undead of a sort do appear, but not like you would think. Victims of the virus quickly die a full death, but a side effect of the disease is hallucinating strange white powdered zombies who peer around corners and jump out at characters. I liked this aspect, the ghouls looked freaky enough, and were out of place enough that they were a bit unnerving. It was also good that previous victims of the virus reappear as dreamlike undead figures for the recently infected to see. As much as I enjoyed this part I can't help but feel that if undead hadn't even featured it wouldn't have changed things too much, as it didn't affect the plot at all. The virus causes victims to puke a white liquid which led to many scenes of characters projectile vomiting on each other like something out of Cabin Fever. The highlight was a bathroom scene that was a joy to watch and featured some sudden and unexpected moments. 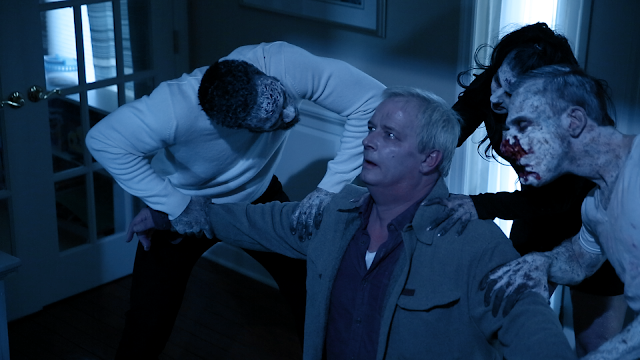 The plot was quite simple but was executed well enough. It does do the trope of the film starting in the present and then heading back to show how events led to that moment. Some characters made decisions that confused me a bit, and things occasionally felt a little bit too simplified, it all led to an ending that didn't really go anywhere.

While Epidemic sometimes suffered a bit by its design in general it was a fun enough little horror. The small cast led to a more intimate feeling story, while the special effects were perfectly fine throughout. I just felt that sometimes the more supernatural elements (such as a dream sequence) felt at odds with the more realistic drama moments. Epidemic comes to DVD/VOD on September 4th 2018 thanks to the people at Breaking Glass Pictures.