The Rotting Zombie's Round-up of Horror News for November 2018 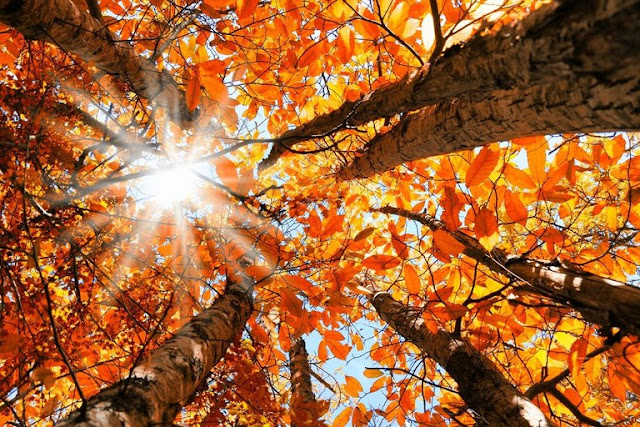 As always time moves forward and it is another month closer to the end of 2018. This should be titled Insomnia Edition as that has gotten so bad for me lately that I couldn't even get any sleep last night at all (well, the night before last at time of publishing this). From a look at my white board it doesn't seem I have as much news to write about this month but we shall see.

I have mentioned Room 9 a couple of times before but it now has a trailer. Hard to say what it is about but it has a good cast that includes Kane Hodder (Friday 13th franchise), Scout Taylor Compton (Rob Zombie's Halloween) and Michael Berryman (The Hills Have Eyes).

Next up is Force to Fear that is the feature directorial debut of Zane Hershberger. This is an indie action thriller that has an 80's retro vibe to it. The film takes place in an abandoned school around Halloween time where various individuals including a pair of kidnappers, a killer, and a group of college kids end up in a bloody battle for survival. There is currently an Indiegogo campaign running to help get this made, there is only a few days left for it. Check here to find out more.

Cellar Door Productions have released the first trailer for Ghost in the Graveyard which is a supernatural thriller by Charlie Comparetto in his directorial debut. The plot centres around a small town under siege from the ghost of a local girl who died during a childhood game. The film stars Kelli Berglund (Disney's Lab Rats), Royce Johnson (Daredevil and Jessica Jones), Jake Busey (Stranger Things, The Predator), Nikki Blonsky (Hairspray), and Jason James Richter (Free Willy). The trailer can be seen by clicking here.

The English language Swedish horror comedy Blood Paradise has been picked up by Artsploitation Films for North America with a 2019 release planned. A best selling crime writer is sent by her publisher to the Swedish countryside for inspiration, there she meets all sorts of oddballs that the author soon discovers are quite dangerous

Staying with films Sarah Appleton has released a trailer for her new short film End User which features Hammer icon Caroline Munro. This is described as a 'tech horror with a comedy edge'. It follows a mother and daughter who learn a hard lesson about allowing your phone to track your whereabouts. End User had its world premiere at the DarkFest film festival in London on 24th November.

Back in September I gave a respectable 6/10 rotting zombie heads to horror comedy Camp Death III in 2D! There has been a slight update on that now with it being announced that it has been accepted/screened at 13 horror festivals. From those the film won 3 awards including 'Best-Horror-Comedy' at Nightmares Film Festival in Columbus, Ohio.

BAFTA Award winning filmmakers Gregor Barclay and Colin Bell have released a trailer for their post-apocalyptic horror thriller Ribbons. This film concerns a dinner party that is interrupted by a nuclear bomb. Luckily the host is a doomsday-prepper and has an equipped bunker that he leads his guests to. However the bunker was only built for two people and so soon troubles start to arise.

Onto music news and UK based dance/punk group Pretty Addicted have released a new video for their track 'Panic Demon' from upcoming fourth album The Magic Of A Lunatic which is due to release early 2019. Songwriter and frontwoman Vicious Precious describes her band as "If Marilyn Manson did 90's rave music, I like to think it'd sound something like Pretty Addicted".

Gothic metal band The Sixth Chamber have released a music video for Entrance to the Cold Waste. The video was made in Death Valley, CA and features Stanton Lavey (grandson of Church of Satan founder Anton Lavey) and belly dancer Mahaf Soun. The song can be brought here.

For the final bit of news I am heading back to the world of films with the psychedelic trailer for Swedish experimental action drama Eyes of the Sun. The director stated he wanted this to feel like a kids movie made for adults, and he wanted it to be as real as possible. This is stated to feature real cannabis, alcohol, vomiting, apparently everything in this is real that doesn't involve anyone getting physically hurt. The trailer is an LSD trip condensed into a minute and a half so I wonder just what the film itself will be like.

Yeah, so it turns out I forgot a few things with my news post yesterday so I am sticking them at the end. First off yet more film news with short supernatural thriller Off Grid that comes from Dark Matter Films (Still). This stars James Cosmo (Game of Thrones), Alison Steadman (Orphan Black), and Marc Baylis (Redcon-1) and seems to be a post apocalyptic vibe going by the action packed trailer. There is an Indiegogo campaign running to raise funds to complete this, that can be found here for more details.

The final extra news comes for indie horror Teacher Shortage that is from the great guy that is Troy Escamilla (Party Night, Stirring) who heads up Fright Meter Films. Continuing his love affair with slasher films Teacher Shortage is another one in that genre, but this one is different to the usual high school/college kids getting slashed as this time around it is the teachers who are in danger. Troy himself is a teacher so it will be interesting to see how his knowledge of that job adds to the movie. This has a Kickstarter campaign going and with 46 hours to go has already passed the target that was set. Check here to find out more. 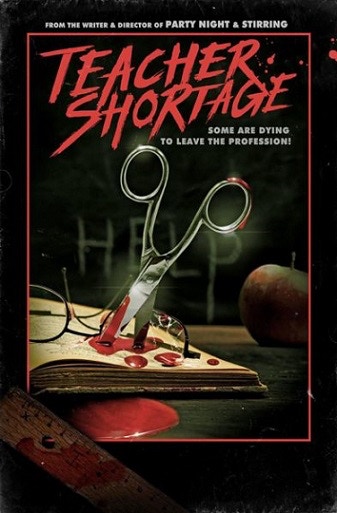