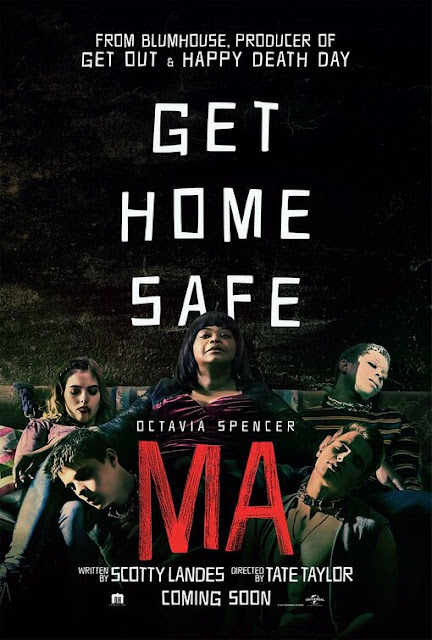 Now that I no longer work Mondays I figured I would do a double bill at the cinema due to two different horror films being out at the moment. Ma was the first film, with Godzilla: King of the Monsters being the second one I saw. As such my memory may be a little on some details of this one, though I did make some notes immediately afterwards. Now I really wasn't taken with the idea behind this one, the trailer didn't appeal to me, but it needed a review on my blog so I went along anyway. Having seen it, it isn't my type of film...but it is better than I expected it to be.

Directed by Tate Taylor (The Girl on the Train, The Help, and who also had a bit part here) this horror is about a lonely woman called Sue Ann (Octavia Spencer - The Shape of Water, Halloween II) who befriends a group of high school teens after agreeing to buy alcohol for them one day. She decides to let them, and all their friends use her basement at her remote house as a place to come to get high, get drunk, and have crazy parties. These friends include Maggie (Diana Silvers) who has recently moved to the area, as well as Andy, Chaz, Haley and Darrell. Things start off well with many a good time had, but there is a sinister side to Sue Ann, or 'Ma' as she likes to be known. As the group starts to see this hidden side of her they try to distance themselves, but the more they do this the more twisted and obsessive she gets. 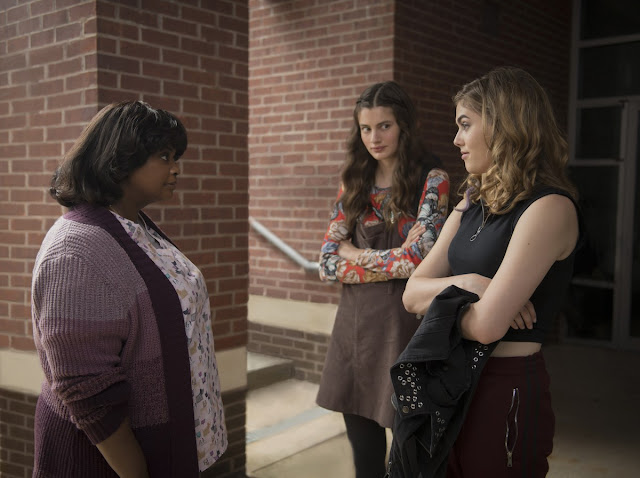 I often like to hear what people say about the films I watch as I leave the cinema, and the key comment I heard here was that 'it took a while to get going'. I think I would agree with that. There is a gradual build up of events happening, but it is back loaded into the final third when things really reach the station known as Horror Town. From the off though it is obvious that Ma has something wrong with her, with her behind the scenes manipulations plainly shown. Spencer actually did a great job with her here, the film delights in the moments when she goes from looking happy to psychotically angry as quick as a switch being flipped. She in a way carries this film far more than the bland and underdeveloped teenage cast. Moments such as the awkward and uncomfortable video messages she leaves the group really build her up as unsettling. I guess main lead Silvers does a good enough job, I kinda liked the interactions with Juliette Lewis (Natural Born Killers) who plays her mum, but her character really isn't anything special. The teens all act like sacrifices to a story that ends up being far more about the adults of the small town Ma is set in. In particular aside from Spencer herself it was Luke Evans (Dracula Untold, The Hobbit: The Desolation of Smaug and The Battle of the Five Armies) who was the real stand out. His role may have only been that of a side character but I liked his portrayal of a former school bully now grown up.

Ma is light on violence for the most part, but when it goes there it looks good with some nice effects such as a characters lips getting sewn together, and a nasty looking car accident. I wasn't that taken with the story, and I didn't enjoy the character of Ma, but it was less off putting than I figured it would be due to the dull teens she torments. Also while she is in no way made out to be a sympathetic villain the film at least goes out of its way to give some explanation for why she is like she is, mainly via frequent flashbacks that point back to a key event from her school days. It does take a bit to get going, but by the bleak third act I was fully involved, I did like how it all ended with some nicely shot scenes. 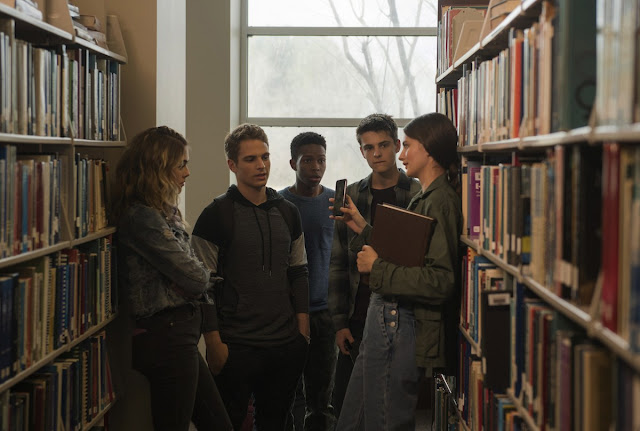 All in all though despite being better than my expectations Ma still wasn't a film I would have gone to see if not for review. It is competently made with a nice central idea, but the divide between the more interesting adult characters played by experienced actors, and the bland, annoying, and constantly swearing teens was very apparent. Still, this could have been a lot worse than it was, and Spencer and Evans make this worth a watch by their appearances alone.