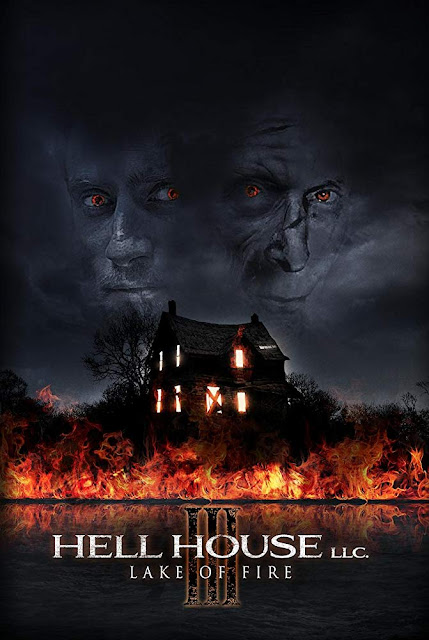 One of my regrets in terms of this blog is only giving 2015's Hell House LLC a 7 out of 10. I really hate having to give ratings for anything, but that was a solid film deserving at least an 8 for style alone. It was a film whose premise really stuck with me, and so when Hell House LLC II: The Abaddon Hotel was released in 2018 I expected great things. The second movie in the trilogy took the ideas of the first and ran with it. Unfortunately it ran in completely the wrong direction, turning something special into just another found footage movie. It felt like a lazy cash grab based on the perhaps unexpected popularity of the first. I had heard that director and writer Stephen Cognetti wanted the third film; Hell House LLC III: Lake of Fire to be more in line with the first, and I'm pleased to report this is a fantastic return to form.

Lake of Fire takes place in 2018, nine years after the events of Hell House, in which a tragic occurrence happened at the opening night of a haunted house tour set in an abandoned hotel, which resulted in the unexplained deaths of most the staff, as well as plenty of visitors. It also takes place a year after the crew of a TV show called 'Morning Mysteries' vanished while investigating the hotels sordid past. Now billionaire Russell Wynn (Gabriel Chytry) has brought the hotel in order to put on an interactive play by his 'Insomnia' play group. This movie is set out as a documentary that attempts to piece together what happened on the ill fated opening night of his play, and to do so pieces together multiple filmed footage in the lead up to opening night. 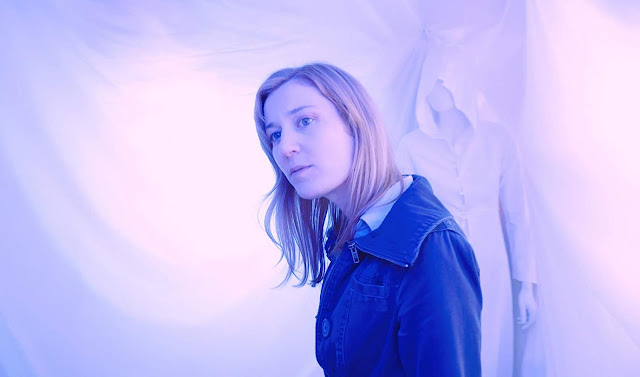 So this is a real return to the trilogies roots in that it copies to an extent the path the first film done. Firstly, being set out as a documentary the story felt more cohesive, and it gives plenty of hooks for the anticipation of what was to come. From talking heads, to time stamps detailing how close it is to the opening night, and interviews with characters who appear in the footage it builds up the excitement nicely. By leaning more into the documentary aspect this once again stands apart from the more typical found footage horrors out there. Straight away a decent explanation is giving for just why everyone is filming. This time around it is due to journalist Vanessa Shepherd being given exclusive access to behind the scenes, for a program she intends to make. What felt different for this third installment is that characters are aware of what happened before, at least a couple have actually seen Hell House LLC (though the second film's footage was never discovered) and so they have some trepidation setting foot in the place. This is shown mostly with Vanessa, as well as Russell, who ominously instructs his cast to never set foot in the hotel after dark, and enforces a strict 'buddy' system so that no one is ever alone in the place.

This is more than just a third film, this is the final to the trilogy and it shows by the loving callbacks to previous films. This appears in not only the old familiar scares, such as that damn creepy clown who once again gets its chance to shine, but also in the genius way this is edited. Taking place in the exact same building means that on many, many occasions the footage will suddenly have a few seconds of footage from one of the previous movies spliced in, this will be at the exact same framing. For instance a character will walk into a room in daylight, then there will be some static and for a few seconds it will show the same room, from the same exact angle, but using a clip from one of the previous films. This never got dull and was a great gift to fans of the series. There are moments of horror here, and they serve as some of the more tense moments, overall though, as good as this film is it isn't particularly scary. Where this excels is in its story, it has some compelling characters, and this really neatly wraps up the overall story. Call backs to the previous entries are so numerous, from Vanessa discovering some of the lost footage from the 'Morning Mysteries' group, to extended recycled footage that helps link those stories to this one. Rather than tell a stand alone tale this lovingly adds on to the ongoing plot. By the movies culmination this felt like it had wrapped up everything in a way that was satisfying. I also liked that it opened up possibilities of further entries. There is one scene that takes place at a field near the hotel where it is revealed that during a county fair many years before Hell House a number of visitors went missing, I couldn't help but feel that barely mentioned incident would make a great prequel.

While acting has never been the series most strong point I felt that the actors here were the best so far. The characters may have been a little bit stereotypical (such as the camp gay guy, and the serious head of security) but they felt more defined as characters, and the mystery as to some of their true intentions was always interesting. The antagonist that was introduced in Abaddon Hotel always felt cartoonish, so even though he appears once again here it was nice that he had a much diminished role. A complaint of Hell House LLC was that the documentary was leading up to the horror of opening night, yet when that arrived it was over far too briefly. Here there is much more shown when the opening night horror begins, but I almost regret wanting this as it didn't look the best in how it all unfolds. I also felt the final sequence when the plot all gets resolved was all over extremely quickly, it was nearly 'blink and you miss it' fast. The horror here is much diminished, there are a couple of scenes specifically designed to scare, but with the majority of this taking place during day time there was never a real feeling of impending doom. If not for the interesting plot I might have lamented the reduction in terror more. 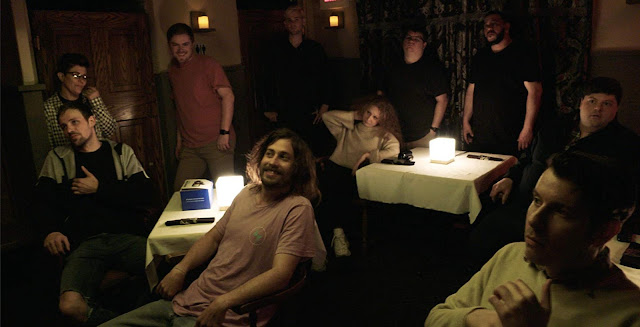 Going into Hell House LLC III: Lake of Fire I was both excited and nervous. There is no doubting that this is the least scary of the three movies, yet it is a wonderful third film that goes out of its way to link up with the other two. With great set design and music, the best cast yet, and a lovely format I thought this was a great way to end what was in total something that felt a little special. This is currently available to watch on Shudder so definitely check it out if you have seen the others.