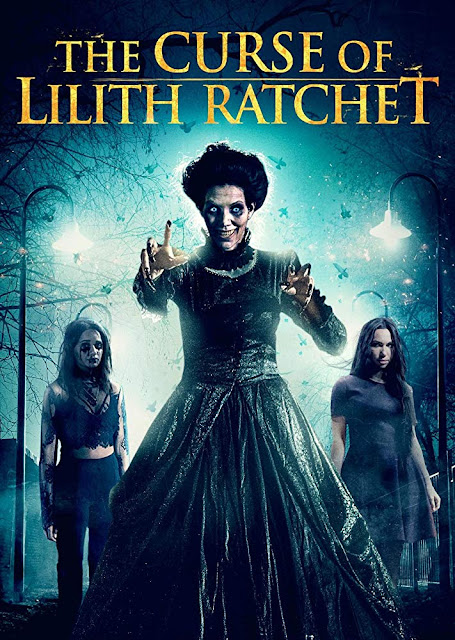 The Curse of Lilith Ratchet is a horror that was both written and directed by Eddie Lengyel (Mother Krampus 2: Slay Ride, Scarred). It fits into the sub-genre of horror of young adults messing with things they really shouldn't be, resulting in paranormal haunting (think Truth or Dare, The Bye Bye Man). It has long been a criticism of mine about these types of films that they always feel very formulaic, typically having a second act lull where the origins of the supernatural evil are explored. Having now watched a film in which there is no second act lull I am considering my previous wishes, as this movie really wasn't the most exciting one out there.

After stealing a shrunken head from a new age magic shop, friends Alice (KateLynn E. Newberry - Auditorium 6) and Lauren (Brianna Burke) sell it to a local paranormal podcaster - Hunter (Rob Jaeger - Chill: The Killing Games). His research leads him to discover the head belonged to a woman named Lilith Ratchet (Crissy Kolarik), who apparently hundreds of years back performed a ritual that would grant her eternal life, so that she could forever force the world to feel the pain her husband's betrayal caused, by placing a curse on herself. By reciting a rhyme and playing a game (seemed to basically be 'hot potato') with the shrunken head participants are able to summon the spirit of the woman. Thinking all this wouldn't actually do anything, Hunter decides doing a live podcast at a Halloween party in which him and others play the game is a good idea. It is not long after though that people begin to die, in the order in which they lost the game of 'hot shrunken head'. 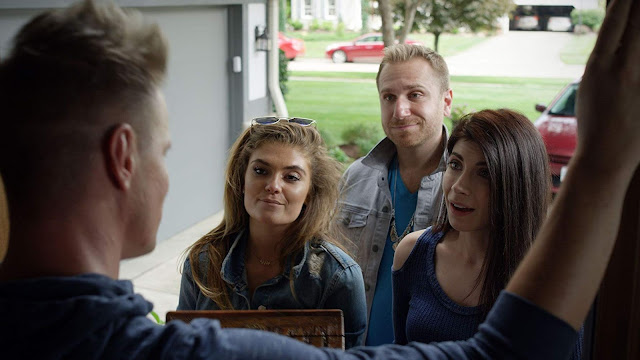 At around one hour forty five this felt like it was a bit too long, I felt that a good fifteen minutes of this could have been cut, there were even entire scenes that I felt added nothing at all to what was happening (Hunter talking to his mum, and a seance, as two such examples). It is quite slow to start, with the first victim dying around the forty minute mark (not including the obligatory prologue that shows the final participants of a previous game getting offed). So while usually there would be some research into just what is happening midway through, this instead occurs nearly right away. Thanks to the internet Hunter is able to immediately explain the whole backstory of Lilith Ratchet. This takes place as a flashback sequence, and it was a good way to show the story. Lilith herself at least looks cool, contact lenses to give her eyes a freaky look, pale skin, a Victorian style dress, and long black claw like fingernails. Her character isn't that interesting though, she doesn't speak, her story isn't at all sympathetic, and she has a physicality to her that makes her presence not as creepy. She really doesn't do too much either.

Initially this seemed like it was going to be Final Destination in that an early victim has their death caused by environmental hazards. The first character to die for example is tricked into walking into the middle of a road where he is hit by a car. After this though Lilith starts to just kill victims herself with her razor sharp claws. Before long what at first is being seen as suicides and accidents can't be passed off as such. Lilith is said to be a poltergeist, but not much is made of this power of hers, aside from locking a few doors. She also has some fuzzy logic for her rules. It is established that she is going after the participants in her game, and that she will kill them in the order they lost. That is until later on in the film when she starts just killing random people who had nothing at all to do with the game. It made some of the plot points, specifically how to 'win' the game seem to not really make sense. 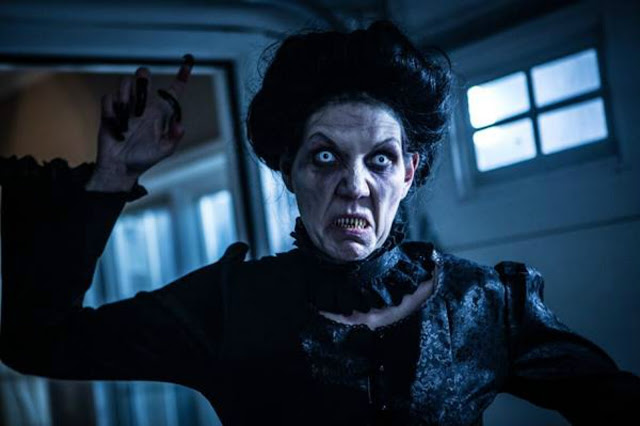 I really found this to be dull a lot of the time. I don't know if it was the slow start, but I just felt this dragged. Not helped by the characters who are mostly blank slates that I couldn't care either way about. Jaeger made Hunter stand out, I did like the ambiguity over his feelings for his girlfriend, even if it made him seem like bit sociopathic. The rest of the cast had barely anything to their characters, and with a lot of their deaths being similar (albeit with a lot of fine enough make-up effects for the clawings they received) this never became anything that I managed to fully involve myself in. The general backbone of the plot was ok, but there were a few unsatisfying story beats I encountered.