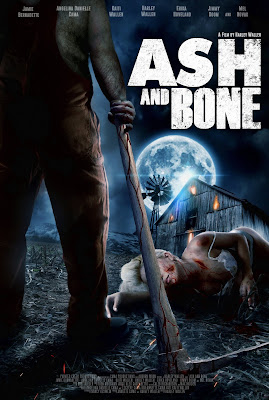 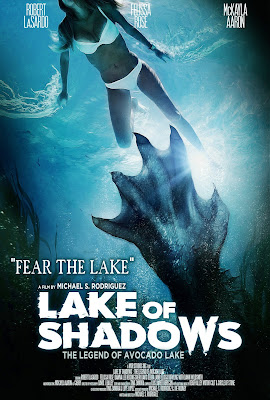 It's a new year and I currently find myself having a renewed love for watching horror. So far it has been enjoyable doing my blog in 2020, trying to keep sticking to the one new blog post every other day. Before I get onto the chunk of news I have for January a note to say the latest reimagining of The Grudge is currently at the cinema. Apparently it isn't very good, as I write this I haven't seen it, but by the time this post goes up I will have, so should have my review of it.

On the videogame front I am currently working my way through the DLC for Resident Evil 7: Biohazard which will take the form of several mini-reviews, and is also being live-streamed on my YouTube channel. I have also returned to the horror homage to Castlevania that is Bloodstained: Ritual of the Night, the review for that will be fuzzy as I got right to the end of it last year and then just stopped playing.
Another horror game I am currently working through is the original 1992 version of Alone in the Dark that I reviewed over ten years ago, but will be adding to that review.
Finally, on X-Box One I am part way through the survival horror game Blair Witch. It isn't blowing me away but I am having fun with it. A review of that will also follow.

There is a new poster for Michael S. Rodriquez's (Last American Horror Show Part 1) new film: Lake of Shadows: The Legend of Avocado Lake. Based on an actual lake that has had many deaths associated with it, the film is about three wannabe journalists who set out to discover just why so many have died there, but soon learn the truth is more horrific than they imagined.
A new poster has also been released for Harley Wallen's Ash and Bone. This stars Jamie Bernadette (I Spit on Your Grave) and Mel Novak (Bruce Lee's Game of Death) and is about a rebellious teen who crosses paths with a notorious family after leaving the city for the countryside. 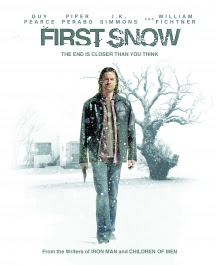 Now here is some Arrow Video (US) latest release news. On January 28th José Ramón Larraz's Edge of the Axe gets a Blu-ray release. This Spanish-American slasher is about a masked killer armed with an axe picking off innocents in a small Californian village. This 2K restoration includes Spanish and English versions of the film as well as two new audio commentaries and more.
MVD have acquired additional titles from the Bob Yari catalog for their Rewind and Marquee collections. Mind Games is released on Blu-ray and DVD on 11th February and is described as a 'taut psychological thriller about a family's battle for survival against a cruel, scheming stranger'. First Snow is due to be released on 14th April. In this one a slick salesman's life begins to unravel after he learns from a psychic that his life will end when the first snow of the season hits. Finally, returning to Blu-ray and DVD is the chiller Possession. This stars Sarah Michelle Gellar (Buffy the Vampire Slayer TV show) and is about a car accident her, her husband, and brother-in-law get into. This one comes out on 14th April too.

Emerald Wolf Studios has released the first trailer and art for Death Trap. This is Deandra Spinner's directorial debut and is about six friends on Halloween 1999 who get caught up with Baptist zealots after crashing their car in the Florida Everglades.

Best Dude Films has released the first trailer and stills for director/writer Stacy Brown Jr's The Pit. This features survivalist Les Stroud alongside Brown as two friends who become trapped after falling into a pit while hiking in an isolated forest, and must resort to their animal instincts in order to survive their ordeal.

A teaser trailer for Roberto D'Antona's Caleb is now online. This Italian horror is by L/D Production Company and is about a woman who heads to a remote town looking for her sister who went missing in the area. There she discovers the towns folk don't dare to leave their homes after sundown, it seems it may well involve vampires.

Australian horror Turbines is now out to watch on a number of online platforms that include among them Vimeo, Amazon, Filmocracy and Xumo. The press release states 'Turbines is entertaining to watch and takes you on a journey with a lonely couple in a foreign country. But it is the unexpected series of events that will keep you on the edge of your seat'.

Slasher is currently requesting 'Red Band' trailers for its app. The app aims to bring everyone involved in the horror industry together in one place and call themselves a 'true alternative media solution for horror filmmakers'. Sadly this app isn't available in the UK but in the US can be found on the Apple and Google stores. If you are interested in submitting a 'Red Band' trailer then email pr@slasher.tv.

The online streaming channel American Horrors has announced its choice for the 'Female Visual Artist of 2019'. The winner was Snovonne from Modena, Italy, she 'is the living embodiment of a world class art vigilante smashing her way through modern art house conventions, using her talents in music, video, photography, editing and live performances to create a unique nightmare realm'. The 'Male Visual Artist of 2019' pick was Chris J. Miller. The American Horrors channel is available on Roku and for free online at the American Horror's website and at Strictly Streaming.

Adrian Tofei (creator and star of the stellar found footage Be My Cat: A Film for Anne) has announced the name of his next feature film. Dr. Frankenstein will be a contemporary adaptation of the classic story and will somehow include both the Be My Cat and We Put the World to Sleep (an apocalyptic film currently in post-production) universes. Sleep is due to be at festivals 2020-2021, while Dr. Frankenstein will be 2021-2022. Be My Cat is planned to come to DVD and Blu-ray in the first quarter of this year.

Horror director Jared Masters (Slink, After School Massacre, 8 Reels of Sewage) has released an autobiography titled Thoughts Are All You Have. His 5th book 'explores his roots, passions, love affairs, secret knowledge, sordid stories and more. It's wildly entertaining and hilarious as well as heart warming. It's a quick read you need.' The book is available to buy from Amazon. 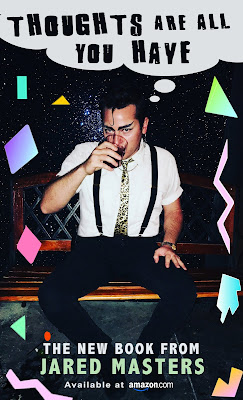 Onto music now and electro-industrial artists SpankTheNun have announced their first full-length release: Initial Decay Control, which includes the single Glitch. This twelve track album is already available on Bandcamp and was released on CD on 28th January also.

New Zealand four piece Devilskin have released the official music video for Corrode which is the latest single of theirs. It has been taken from their upcoming album titled Red, that releases on 3rd April. Corrode is about 'being completely overwhelmed and submerged in grime and stress. Fighting your way through it all and rising to ask for help'.

While that is it for news this month that isn't exactly true. I wrote this post last Sunday, but in the week that has passed since I have received loads of newsworthy emails. I could have spent some time adding those onto this post, but it is after the end of a ten hour shift at my day job and so I'm not going to do that. Instead the late news I received shall of course go onto February's undoubtedly exciting news post.
Posted by Daniel Simmonds at 13:35